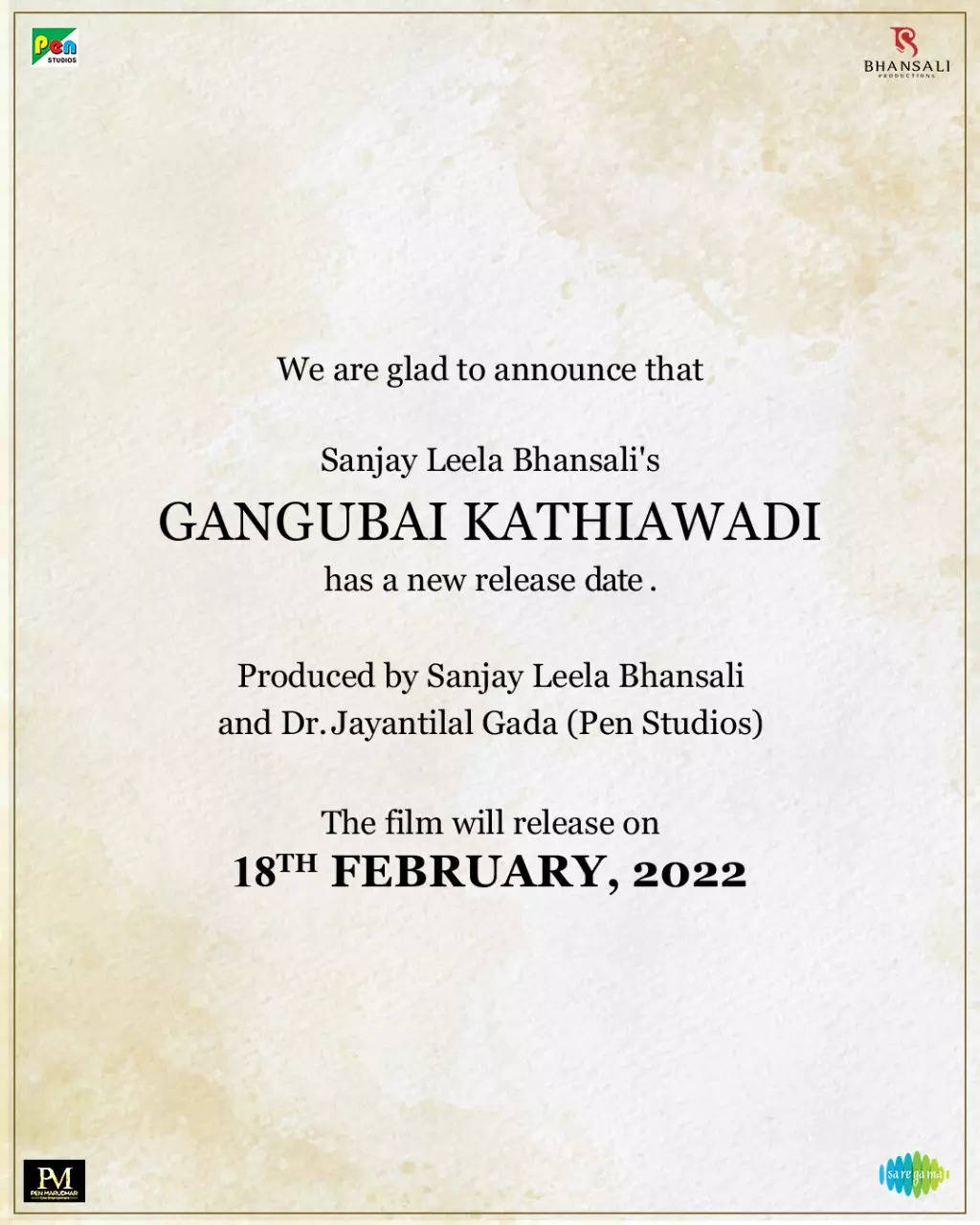 The wait to watch Alia Bhatt as Gangubai in filmmaker Sanjay Leela Bhansali‘s magnum opus ‘Gangubai Kathiawadi‘ just got longer.
The film that was delayed multiple times owing to the pandemic, has been postponed yet again. Just months after the director picked January 6, 2022, as his release date, on Monday he announced that the film will now release on 18 February 2022.

The period film, adapted from one of the chapters of noted author Hussain Zaidi’s book, ‘Mafia Queens of Mumbai’, features Bhatt in the title role of Gangubai, one of the most powerful, loved and respected madams from Kamathipura during the 1960s.

“Watch her rise with power, courage and fearlessness. #GangubaiKathiawadi coming to take over 2022 on 18th February, in cinemas near you,” read a new post on Bhansali Productions official handle.

Interestingly, it was director SS Rajamouli who revealed the reason behind the film’s delayed release. In a tweet, Rajamouli thanked director Bhansali for postponing the film’s release on his request. ‘RRR’ that features Alia in a prominent role, was scheduled to clash with ‘Gangubai’ on January 7, 2022. However, with SLB agreeing to move his release, the films will not be forced to share business at the box office.

“The decision by Mr @JayantilalGada and Mr. #SanjayLeelaBhansali to move the release date is well appreciated. Our heartfelt wishes to #GangubaiKathiawadi..:)” Rajamouli tweeted.

The film was earlier scheduled to arrive in cinema halls on September 11, 2020. In January 2021, the makers announced that the movie will be released sometime in 2021 but the release was delayed again due to the coronavirus pandemic.