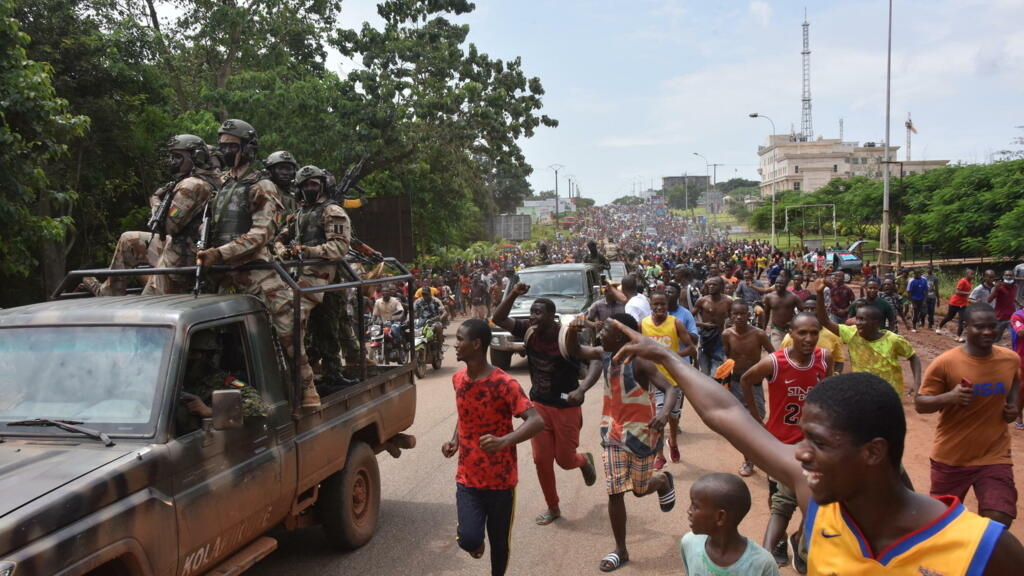 Guinean special forces staged a coup on Sunday, capturing President Alpha Condé and announcing a nationwide curfew “until further notice” as well as the replacement of governors by the military.

“We have decided, after having taken the president, to dissolve the constitution,” said a uniformed officer flanked by soldiers toting assault rifles in a video sent to AFP.

The officer also said that Guinea‘s land and air borders have been shut and the government has been dissolved.

Later Sunday, the special forces said in a statement read out over national television that they were imposing a nationwide curfew “until further notice” and that governors would be replaced by the military.

The junta also said in the statement that it would convene Condé’s cabinet ministers and other top officials at 11am (11:00 GMT) Monday in the capital Conakry.

Another video sent to AFP by the militants showed a rumpled-looking President Alpha Condé sitting on a sofa surrounded by troops. He refused to answer a question from one soldier about whether he was being mistreated.

Guinea – one of the world’s poorest countries despite boasting significant mineral resources – has long been beset by political instability.

A Western diplomat in Conakry who declined to be named suggested the unrest may have started after the dismissal of a senior commander in the special forces – provoking some of its highly trained members to rebel.

Later on, the head of Guinea’s military special forces, Lieutenant-Colonel Mamady Doumbouya, appeared on public television, draped in the national flag, and cited government “mismanagement” as a reason behind his actions.

“Guinea is beautiful. We don’t need to rape Guinea anymore, we just need to make love to her,” Doumbouya added.

The US State Department condemned the putsch and warned it could “limit” Washington’s ability to support Guinea.

“Violence and any extra-constitutional measures will only erode Guinea’s prospects for peace, stability, and prosperity,” State Department spokesperson Ned Price said in a statement, urging all parties to abide by the rule of law.

I am personally following the situation in Guinea very closely. I strongly condemn any takeover of the government by force of the gun and call for the immediate release of President Alpha Conde.

The African Union (AU) bloc condemned the military takeover and demanded the immediate liberation of Condé.

A statement by AU chairman and Democratic Republic of Congo President Felix Tshisekedi and AU Commission head Moussa Faki Mahamat called on the body’s Peace and Security Council to meet urgently to examine the situation and take appropriate measures.

The Economic Community of West African States (ECOWAS) on Sunday demanded a return to constitutional order in Guinea and threatened to impose sanctions.

A statement by current ECOWAS chairman, Ghana’s President Nana Akuffo-Addo, condemned what it called “an attempted coup”, and demanded the immediate and unconditional liberation of Conde, who was detained by the soldiers.

The day before the presidential election last year, the military blocked access to Kaloum after an alleged military rebellion east of the capital.

There was initial confusion about Sunday’s events, as the government released a statement saying that it had “repulsed” a special forces attack on the presidential palace.

But the reality of the militants’ success set in as the day wore on.

The coup plotters announced a so-called national committee for assembly and development, which will be tasked with consulting political and civil society figures on the way forward.

They said the constitution would be rewritten.

Doumbouya also told French media “we are holding all of Conakry,” and that he had the support of all the defence and security forces.

News of the coup sparked celebrations in some parts of the capital, where hundreds of people applauded the soldiers.

“We are proud of the special forces,” said one demonstrator who requested anonymity. “Death to the torturers and to the murderers of our youth.”

The most recent presidential poll in the nation of some 13 million people, in October 2020, was violently disputed and marred by accusations of electoral fraud.

Condé won a controversial third term in that poll, but only after pushing through a new constitution in March 2020 that allowed him to sidestep the country’s two-term limit.

Dozens of people were killed during demonstrations against a third term for the president, often in clashes with security forces. Hundreds were also arrested.

Conde was proclaimed president on November 7 last year – despite his main challenger Cellou Dalein Diallo and other opposition figures denouncing the election as a sham.

The government launched a crackdown, arresting several prominent opposition members for their alleged role in abetting electoral violence in the country.

Conde, a former opposition leader himself who was at one point imprisoned and sentenced to death, became Guinea’s first democratically elected leader in 2010, winning re-election in 2015.

Since then, however, he has been accused of drifting into authoritarianism.

Explained: Why is France fuming over Australia-UK-US submarine deal?

Joan Washington, Dialect Coach to the Stars, Dies at 74

Kareena not offered ‘The Incarnation – Sita’