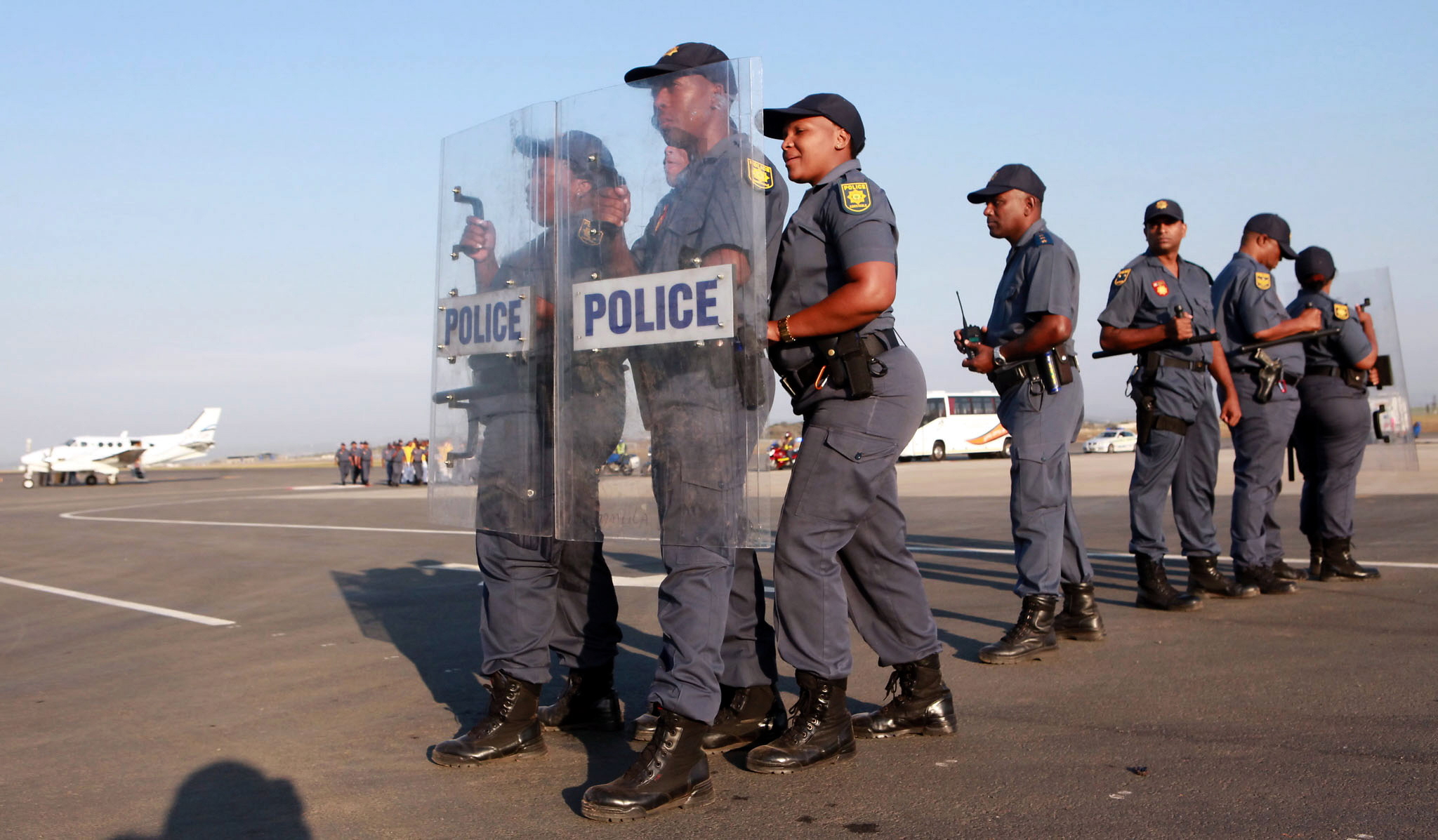 Kubentheran Moodley, the Gupta-linked R307-million “fraudster”, who was arrested moments before allegedly fleeing to Dubai, rejected claims that he was running away, and said he would plead not guilty to all charges against him.

The fraud-accused also pleaded poverty — despite acknowledging he was a beneficiary of a R6-million trust fund — and said had to rely on his wife for financial support and all other expenses.

According to the Investigating Directorate, Moodley, who is facing charges of fraud, corruption and money-laundering, also has a restraint on his assets, worth R232-million, related to “contracts that were improperly awarded by Transnet to Regiments Capital and Trillian, as well as thefts by Regiments fund managers from the Transnet second defined benefit fund”.

Moodley’s company, Albatime, allegedly received these kickbacks from Regiments, which had paid the Transnet pension fund about R600-million in 2019 to settle being improperly appointed to manage the state-owned company’s defined benefit portfolio. Salim Essa, the owner of Trillian, which worked with Regiments in asset management, was an associate of the Gupta family.

The Investigating Directorate, which is prosecuting Moodley and is a division of the National Prosecuting Authority (NPA), said on Wednesday that Moodley and his company were embroiled in alleged corruption “involving R307-million, between June 2012 and 2017”.

“Moodley is also accused of using these proceeds to assist members of the Gupta family to acquire Optimum Coal Mine for Tegeta [which belongs to the family],” the directorate said.

On Wednesday, at the Palmridge magistrate’s court, Moodley accused the NPA of “persecution” after his arrest on Tuesday evening, saying the authority had been probing this case since 2019, when evidence was led before the state capture commission.

Moodley was arrested at OR Tambo International Airport moments before boarding a flight to Dubai, with a well-placed NPA source telling the Mail & Guardian that the fraud-accused was allegedly trying to flee the country.

But Moodley disputed that he was running away, adding that the NPA was “clearly watching me”, and knew about his planned trip to Dubai.

“It is astounding that if they [the NPA] had a prosecutable case against me, the authorities would wait for me to leave the country on a planned trip and only then effect an arrest. The only inference is that this is done to cast aspersions on me that I wanted to flee the country.

“I take huge offence [at] these underhanded tactics and would have handed myself over for arrest to have the matter enrolled, had I been notified of the need to do so,” said Moodley, in an affidavit read out in court by his lawyer, Piet du Plessis.

State advocate Lourain Kgaditsi, however, said the NPA arrested Moodley only on Tuesday evening to prevent him from leaving, because investigators were still finalising the probe into what the prosecutor said was a complex and “voluminous matter”.

Kgaditsi added that the state was still processing the Regiments server, and analysing Moodley’s cellphone data and records, as well as pursuing the R8.6-million worth of safety-deposit boxes that Kgaditsi said had “miraculously disappeared”, despite a court order.

The boxes were to be handed to the NPA’s Asset Forfeiture Unit, as part of Moodley’s seized assets worth R232-million, in terms of an order that was granted by the Johannesburg high court in June 2019.

Simone Meades, who is Moodley’s personal attorney and testified on his behalf during his bail application, said she could not reveal to the court what had happened to the three boxes, and how her client had disposed of them.

However, the M&G reported earlier on Wednesday that a recording of a July 2020 hearing, at the Johannesburg high court, involving Moodley, revealed the alleged fraudster’s testimony that he had handed the boxes to a debt collector named “Killer”, who had supposedly threatened Moodley’s family.

In the recording, which the M&G managed to access, Moodley said he had borrowed R2.2-million from a loan shark known as “Mr X”, who gave credit to ardent gamblers, such as himself. Moodley said he had no choice but to give Mr X and Killer the boxes.

The boxes, according to investigators, contained about R5.5-million in foreign and local currencies, as well as R3.1-million in Krugerrands. The boxes also included 38 articles of diamonds, jewellery and watches, which had not been quantified by the commission of inquiry.

Moodley is subject to a contempt of court case against him, instituted by the Investigating Directorate, to ascertain the whereabouts of the boxes.

Meades, under cross-examination from Kgaditsi, disputed the contention that the boxes “disappeared miraculously”, without providing an explanation.

Meanwhile, in his affidavit, Moodley pleaded poverty and said he had lost all income when he and his companies were placed under curatorship by the state, and was dependent on his wife.

“I am also a beneficiary of a trust holding [in KwaZulu-Natal] consisting of 11 units, which I inherited from my late father, valued at approximately R6-million, registered in the name of Desert Star. My wife is the sole director of this company,” Moodley said.

He said he intended to plead not guilty to all charges against him, and would not avoid his trial, so as to clear his name.

Moodley was granted bail of R150 000 after magistrate Jeremy Janse van Vuuren found that it was not in the interests of justice to keep the accused in custody until his trial. The magistrate did, however, place conditions on the bail: that Moodley may not leave the country; that he must hand over his passport to the investigating officer, and that he must report to the Sandton police station on Mondays and Fridays, between 6am and 6pm, to sign a register.

Moodley will return to court in February.

Farmer leaders meet Khattar, say no pact over demands yet