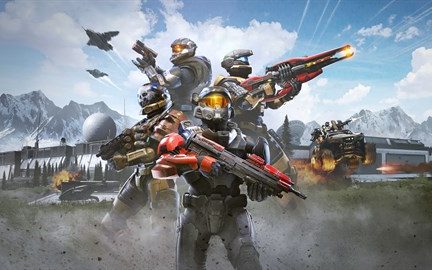 I am old and grizzled enough to remember when Halo 2 was the ultimate vanguard of FPS multiplayer. When Call of Duty was a more niche PC pursuit than the industry-turning behemoth it became, before Overwatch’s esports drive and certainly before Fortnite’s cultural landgrab. It was hardly the first shooter to be played online but as the flagship of Xbox Live in 2004 it played a huge part in popularising battling other folks over an internet connection on console. It was tremendous fun, with perfectly judged murder-bowls that echoed Quake Arena’s multi-tiered maps with plenty of Halo-themed quirks. Exotic weapons, inventive match-types and even vehicles were expanded further with the exceptional Halo 3. I have played and enjoyed countless excellent competitive multiplayer games since, as video games have ballooned into a gargantuan social phenomenon. But I’m not sure I have ever loved one quite as much as I have since Halo’s halcyon period.

Until now, perhaps. The recent surprise release of the free-to-play multiplayer portion of Halo Infinite has taken many of us off-guard in more ways than one. I was not expecting to be sucked into its fast-paced rotation of games quite as much as I have. It is demanding to be played every night and every session has turned into ‘one more round’ before it is well past my bedtime. That was fine when I was in my early twenties, but I’m closing in on 40 and I am very tired.

So why is it keeping me up at night? Developer 343 Studios has been the guardian of Halo since 2011; officially longer than original creators Bungie. But while the studio has produced some excellent games in the interim, most would agree that it hasn’t yet captured Bungie’s original mastery of its idea. Time will tell whether the sprawling campaign of Halo Infinite will manage it, but you can see in the multiplayer that 343 has drilled deep into its original ethos as a combative arena shooter.

It primarily, I think, comes from treating every encounter on the map as a proper skirmish. Many multiplayer shooters at a casual level can feel like glorified games of hide-and-seek, with players sneaking around maps and hoping to be able to spot someone to shoot in the back. And while you can be sneaky in Halo Infinite, with warren-like maps and nooks to retreat to and instant kills for ‘back smacks’, there is little hiding. Every enemy player is wreathed in their red shield (blue for allies) and the wide-ranging arsenal scattered in ammo racks around the map encourages aggression. Getting the drop on someone and firing first gives an advantage, of course, but there are plenty of options to counter attack.

It lies in a delicious rock-paper-scissors trade-off between weaponry, shielding, grenades and melee. And everyone is on an even playing field. Plasma weapons drain shields faster, bullets drop unshielded enemies. Melee can wipe out a shield or down an unshielded enemy but you are unlikely to get in two whacks without being taken down first. Grenades are advised as an opening salvo or a devastating full stop. Throw in a glut of exotic weapons and equipment; heat-seeking missiles, rebounding plasma balls, giant shockwave-creating hammers, grappling hooks and you have yourself a breadth of options to go about your business.

But even the ‘bog-standard’ starting weapons of an assault rifle and pistol are a satisfying double-team. Draining a shield takes almost exactly a full-clip of the assault rifle, and doing so before quickly switching to the pistol and headshotting your quarry is a thrill that is yet to get old.

The reason this works so well, and arguably better than in even the Halo games that went before it, is how well this is all visually communicated. Those shields are very obvious and when they are drained, they pop and the player is surrounded by crackling red energy instead, giving you the green light to finish them off with a few well-placed shots. Particularly handy when mopping up after a multi-way battle.

This all makes Halo Infinite not only a pleasure to play, but a game that is delightfully teachable. Often in shooters, including Halos before this I’d wager, you will get into a one-on-one, die in a split-second and yell “HOW?!” at the screen. There will always be a reason, but rarely are they this clear, giving you an idea of how to improve your tactics next time. Or at least it being obvious where you screwed up in those more tactical battles.

So that’s its core, and what makes the game tick, but the surrounding stuff is pretty good too, if somewhat limited by Infinite’s current ‘beta’ status. Quick Play throws you into tight, 4-on-4 arena matches with largely familiar game modes like Capture the Flag, Stronghold and Oddball. Each of the maps manage to cater for every game modes with an impressive level of engineering. They are very ‘video-gamey’ and all the better for it, with multiple levels, sweeping sightlines across their centre and those aforementioned oubliettes on the peripheries. They are set up with some tasty parkour opportunities too, with raised platforms allowing you to leap from level to level or sweep across the map in a precise sprint once you have learnt each route and detail.

Big Team Battle expands the scope and size of the maps, pits 12 against 12 and makes vehicles a key cog. I personally prefer the more intimate arena battles of Quick Play, but BTB has plenty of its own to recommend it. The new mode Stockpile is a particular high-point, having teams securing and stealing ‘seeds’ to power their generator. The back and forth here can be quite something, with mini-squads focussing on theft or preservation. Like most other things in Infinite, 343 Studios have struck a terrific balance with Stockpile to keep games flowing and close.

I say ‘most’, because Infinite has found itself criticised for the stingy progression structure in its ‘Battle Pass’ which offers up cosmetics for your Spartan avatar as you progress. As a free-to-play game, you will pay for the Battle Pass to secure some nice new threads that non-paying players won’t have access to. I found my age catching up to me (again) and wondering what the fuss was about and what happened to just playing the game for fun and personal self-improvement with the energy sword?

But there is no doubt that the bar on your season progress creeps up very slowly before you get any kind of rewards. The fact is if you’re going to ask people to pay up for these specific things in a free-to-play game, you probably should be more liberal with when players can get their stuff. 343 has already tuned this due to the backlash, but it is still slow-going when compared to other games –Respawn’s Apex Legends, for instance– that use the same structure.

You expect that is something that will continue to be tweaked until people are happier (and from the publisher’s perspective, more willing to cough up more cash). Similarly, any niggles that I currently have with Halo Infinite’s multiplayer are peripheral and likely to change as the full game releases on 8th December: more flexibility over what gametypes I want to play at any given time, for instance. Three games in a row of not-my-favourite Capture the Flag was enough for me to call it an early night.

But that has been a rare occurrence with Halo Infinite’s multiplayer, which has recaptured its original magic after the game had spent some time chasing its rivals, and brought its own modern twists. When the heart of the game beats so strong, the rest of it just feels like noise. 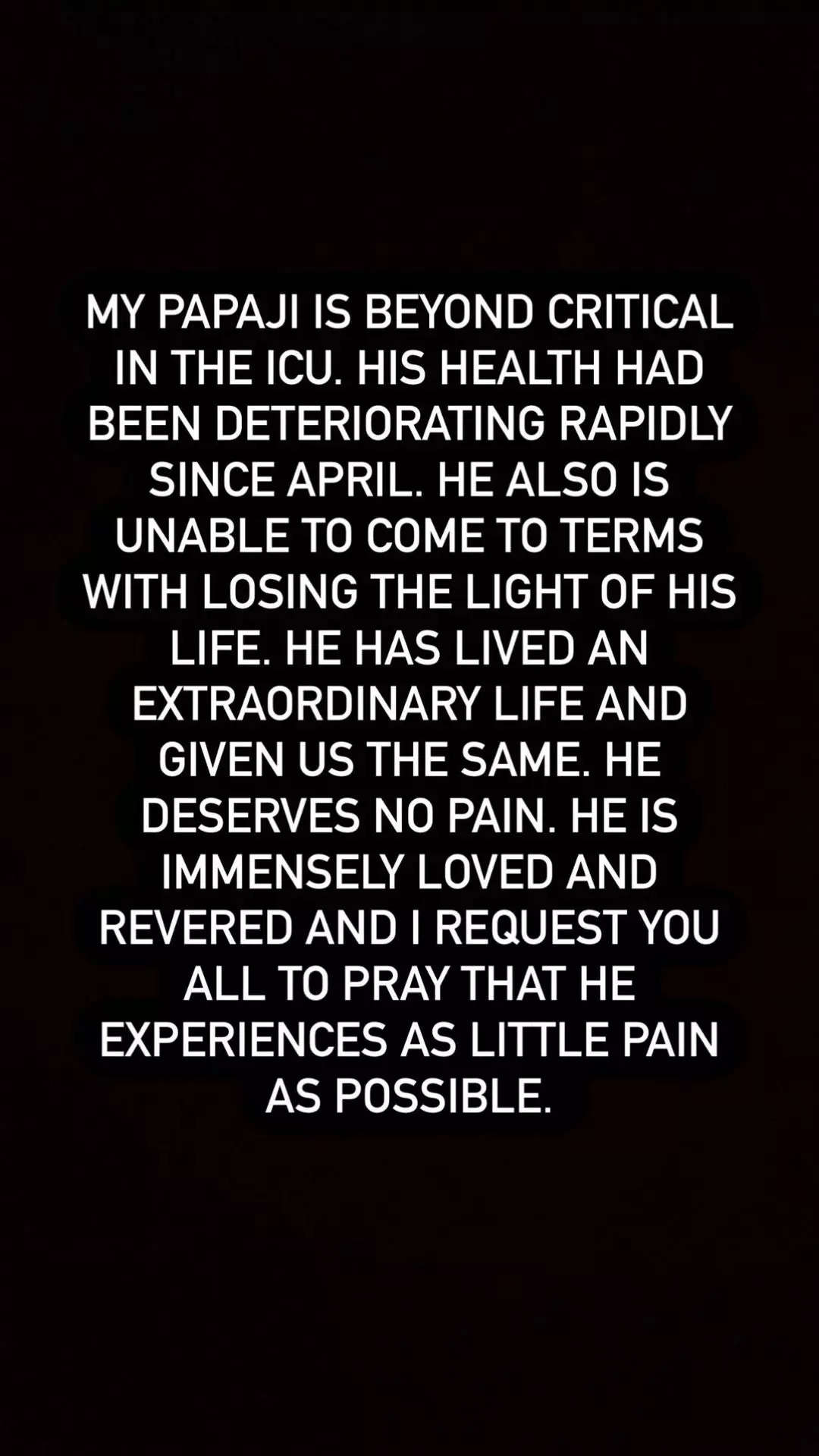