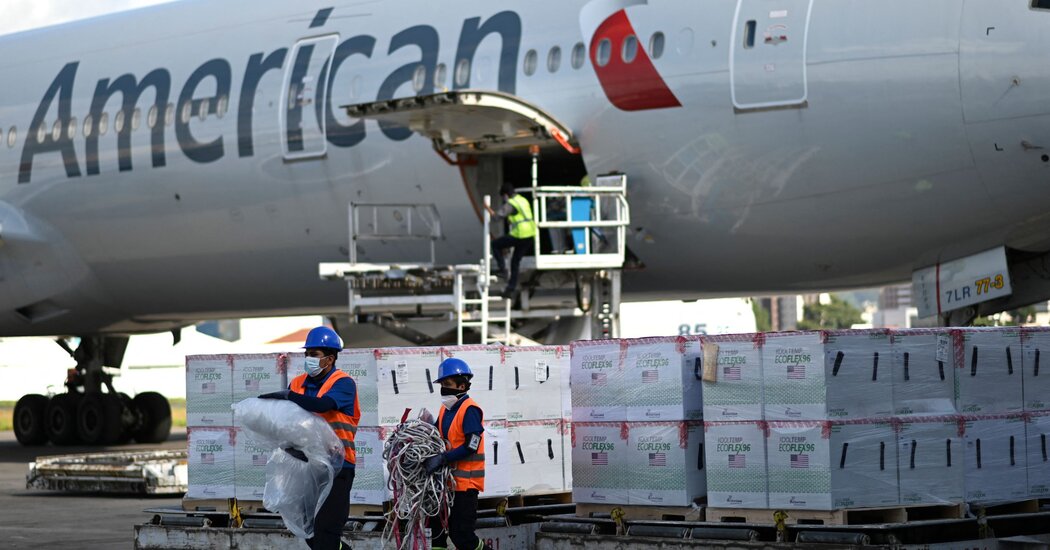 Officials of the World Health Organization on Wednesday called on countries with a surplus of Covid-19 vaccines to speed up donations of doses to Latin American and Caribbean nations where immunization is moving slowly.

“While every country in our region has begun administering Covid-19 vaccines, immunizations are following the fault lines of inequality that have long divided our region,” Dr. Carissa F. Etienne, the director of the Pan American Health Organization, a division of the W.H.O., said at a news conference.

Only one in four people in Latin America and the Caribbean has been fully immunized against Covid-19, “and for many, vaccines remain months away,” Dr. Etienne added.

The divisions within the region are stark. Chile and Uruguay have managed to fully vaccinate more than 60 percent of their populations while more than a third of countries in the region have yet to reach 20 percent.

“Vaccination rates remain in the teens in several Caribbean and South American countries and coverage is still in the single digits in Central American nations like Guatemala, Honduras, and Nicaragua,” Dr. Etienne said, referring to percentages of people vaccinated. The numbers are especially low in countries with particularly fragile health systems, such as Haiti and Venezuela.

Infections overall are declining in most of South America, while they are rising in much of the Caribbean and in several Central American countries, including Costa Rica and Belize.

Latin America and the Caribbean had received donations of around 43.3 million doses of Covid-19 vaccines by mid-August through bilateral agreements and the United Nations-backed Covax program, according to agency estimates.

The Pan American Health Organization is starting a program to boost regional production of so-called messenger RNA vaccines — the same type as the Pfizer-BioNTech and Moderna shots — but that effort will not provide doses in the short term.

An additional 540 million doses are needed to make sure every country in the Americas can fully inoculate 60 percent of the population.

Officials deplored the fact that administering booster shots is being discussed in some countries while in others people are desperate to receive a first dose.

“This is not only an ethical and moral problem, it is also a public health problem,” Dr. Jarbas Barbosa, the pan-American agency’s assistant director, said. The best way to control transmission and prevent other variants from emerging is to increase vaccination everywhere, Dr. Barbosa said.

While the highly contagious Delta variant continues to spread rapidly in much of the world, Latin America and the Caribbean have so far largely been spared by the variant — and experts aren’t sure why.

“It’s not easy to explain,” Jairo Méndez Rico, a regional adviser to the agency for viral diseases, said. “Perhaps some sort of cross-protection because of the previous circulation of many other variants” could be helping to delay the community spread of Delta, he suggested, adding, “It’s early to say what is happening.”

R-value drops below 1 in mid-September