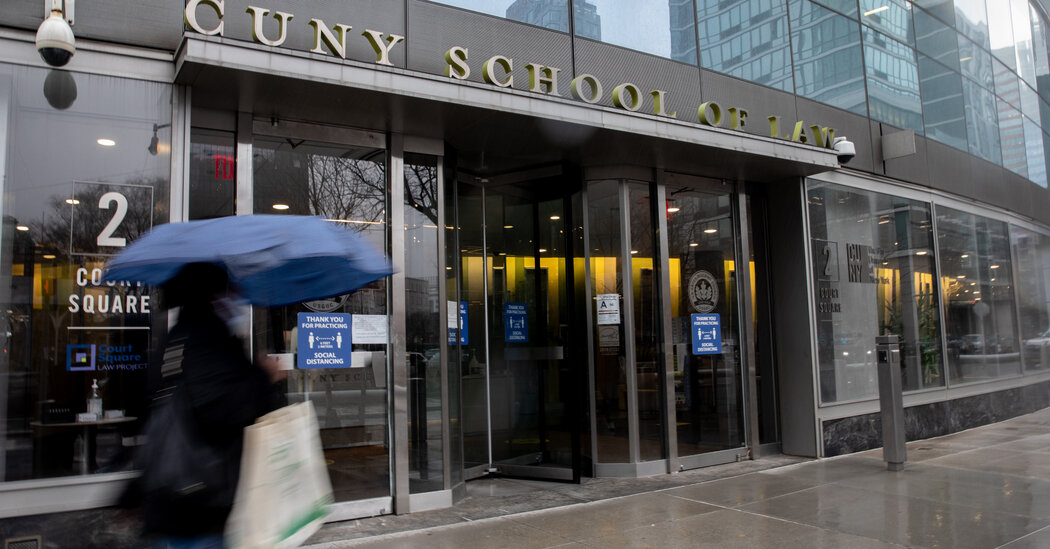 Nearly 600,000 public university students in New York will soon be required to get vaccination booster shots as part of the state’s stepped-up effort to combat a record-breaking coronavirus outbreak, Gov. Kathy Hochul announced on Friday.

The governor unveiled the measures, part of a broader plan labeled “Winter Surge 2.0,” as the fast-spreading Omicron variant continued to push the number of virus cases in the state to new heights with each passing day.

On Thursday, the state reported 74,000 new cases of the virus; about 44,000 were in New York City. On Friday, Ms. Hochul announced 76,000 new cases, with the New York City region having the most per capita. The positivity rate for tests was 16 percent statewide, she said.

“We are breaking records every day, and we will continue to do so until we hit that downward trend,” the governor said.

Hospitalizations linked to the virus have also risen sharply, to almost 8,000 across the state. About half were in New York City. Twenty-one hospitals in the state have suspended elective surgeries as a result of the rise in virus patients.

Ms. Hochul called the increase in hospitalizations “very concerning” while speaking at the briefing. “They are putting a lot of stress on an already overtaxed health care system,” she said.

To help address the problem, the governor said the state would be releasing more ventilation machines from its stockpile and dispatching additional members of the National Guard to hospitals that are especially overtaxed.

The booster requirement for SUNY and CUNY students, which takes effect Jan. 15, reflects Ms. Hochul’s desire to keep the state’s public education system operating with in-person classes at all levels despite the Omicron-driven outbreak. Dozens of colleges and universities in the United States have already taken such a step.

New York’s public university students will also be required to show a negative Covid-19 test result when they return to campus, and masks will be mandatory indoors, Ms. Hochul said.

Canceled flights. With Covid surge, has come thousands of flight cancellations, as airlines are unable to adequately staff their flights. Looking for relief, the airline industry pushed the CDC to shorten its recommended isolation period for Americans infected with Covid-19. On Monday, it reduced the recommended quarantine period to five days for those without symptoms.

Around the world. South Africa announced that its Omicron wave had passed without a large spike in deaths. Case counts in the country are down 30 percent in the last week. The announcement offered cautious hope to other countries grappling with the fast-spreading variant.

As part of her drive to keep schools open and avoid what she has called last year’s “failed experiment” in remote learning, the governor said that more than five million rapid test kits would be provided to school districts serving students from kindergarten to 12th grade.

The goal in distributing the kits is to allow for “test-to-stay” policies under which a student takes two rapid tests if a classmate tests positive. If the tests come back negative, the student can remain in school, she said.

As for the mask mandate, New York State has had one in place since Dec. 13 for all indoor public places, including offices, building lobbies and stores. Businesses can opt out if they require full vaccination for everyone 12 and older. Children 5 to 11 must have at least one vaccine dose.

Ms. Hochul originally said the mask mandate would end on Jan. 15, but on Friday she extended it through the end of January because of the soaring virus case numbers.

New York’s fight to contain the virus is also drawing reinforcements from the federal government, which is deploying disaster response units to the state, sending 50 ambulance teams to New York City and dispatching emergency medical teams to SUNY Upstate Medical Center in Syracuse and the Erie County Medical Center in Buffalo, officials said.

What Are Your Questions About Schools?

University of Michigan Fires Its President Over Inappropriate Relationship