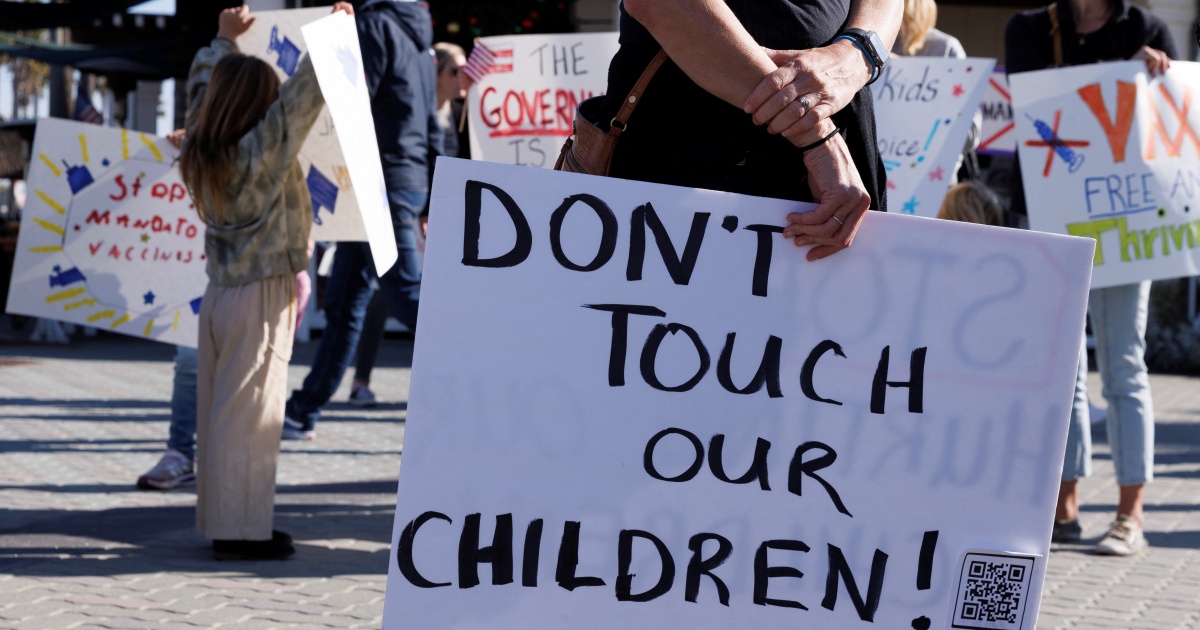 Worrisome trend in children too young to be vaccinated underscores the need for older children and adults to get their shots to help protect those around them.

Hospitalisations of children in the United States under five with COVID-19 have soared in recent weeks to their highest level since the pandemic began, according to government data on the only age group not yet eligible for the vaccine.

The worrisome trend in children too young to be vaccinated underscores the need for older children and adults to get their shots to help protect those around them, said Dr Rochelle Walensky, director of the Centers for Disease Control and Prevention (CDC) on Friday.

Since mid-December, with the highly contagious Omicron variant spreading furiously around the country, the hospitalisation rate in these youngest children has surged to more than four in 100,000 children, up from 2.5 per 100,000.

Overall, “paediatric hospitalisations are at their highest rate compared to any prior point in the pandemic,” Walensky said.

The overall hospitalisation rate among children and teens is still lower than that of any other age group. And they account for less than five percent of average new daily hospital admissions, according to the CDC.

As of Tuesday, the average number of under-18 patients admitted to the hospital per day with COVID-19 was 766, double the figure reported just two weeks ago.

The trend among the very young children is being driven by high hospitalisation rates in five states: Georgia, Connecticut, Tennessee, California and Oregon, with the steepest increases in Georgia, the CDC said.

At a briefing, Walensky said the numbers include children hospitalised because of COVID-19 and those admitted for other reasons but found to be infected.

The CDC also said the surge could be partially attributable to how COVID-19 hospitalisations in this age group are defined: a positive virus test within 14 days of hospitalisation for any reason.

The severity of illness among children during the Omicron wave seems lower than it was with the Delta variant, said Seattle Children’s Hospital critical care chief Dr John McGuire.

“Most of the COVID+ kids in the hospital are actually not here for COVID-19 disease,” McGuire said in an email. “They are here for other issues but happen to have tested positive.”

The nation’s top infectious disease expert, Dr Anthony Fauci, said earlier this week that Omicron appears to cause less-severe disease across the board, but the sheer number of infections because of its extreme contagiousness will mean many more children will get infected, and a certain share of them will wind up in the hospital.

Fauci also said many children hospitalised with COVID-19 have other health conditions that make them more susceptible to complications from the virus. That includes obesity, diabetes and lung disease.

Many had hoped the new year might bring a vaccine for young children, but Pfizer announced last month that two doses did not offer as much protection as hoped for in youngsters two to four.

Pfizer’s study has been updated to give everyone under five a third dose, and data is expected in early spring.

US rejects calls to immediately sanction Russia over Ukraine