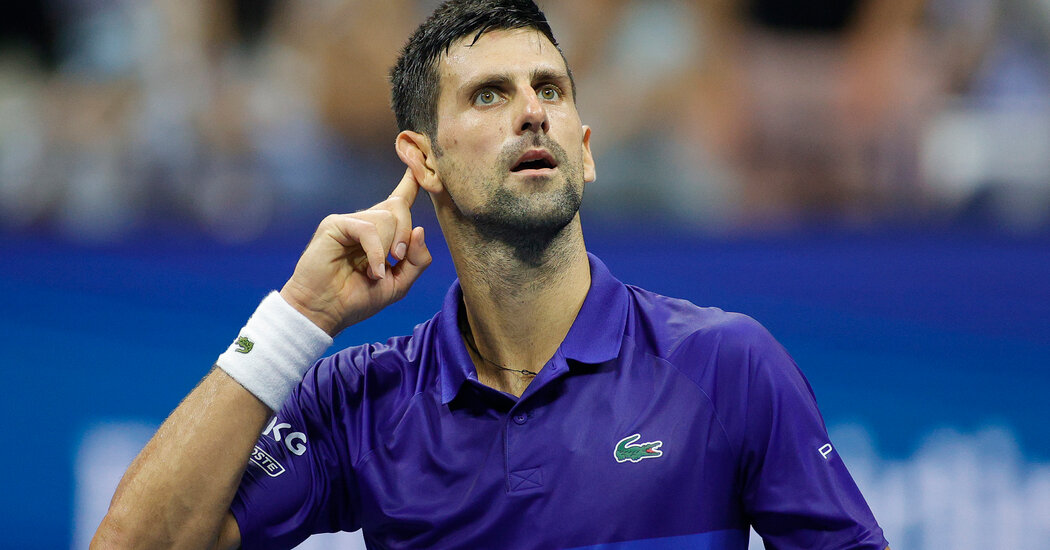 Novak Djokovic is one match away from completing the Grand Slam in men’s singles for the first time since 1969, when Rod Laver did it in the first full year that major tournaments were open to professionals.

Few have come anywhere near that achievement in the decades since: When he won Wimbledon in July, Djokovic already became the first man since Laver to have won the Australian Open, French Open and Wimbledon in the same year. After winning his U.S. Open semifinal on Friday, Djokovic cited an interview where Kobe Bryant said he wasn’t happy about having taken a 3-1 lead in the N.B.A. Finals to explain his mind-set.

“That’s kind of an attitude I have; job is not done,” Djokovic said. “Excitement is there. Motivation is there, without a doubt, probably more than ever. But I have one more to go.”

By reaching the final, Djokovic has made it one step closer than Serena Williams’s Grand Slam bid came in 2015, when she lost in the semifinals to Roberta Vinci. Djokovic, who has recently followed Williams’s lead in declining to answer questions about the goal that he is pursuing, said he could relate to what she was going through.

“I was talking to Serena; she was very emotional about everything that was going on,” Djokovic said of Williams in 2015. “I can relate to what she’s been going through right now, I understand it now. Obviously, once you’re in that situation, you can really comprehend what a player goes through.

“I understand why she wanted to avoid all the questions about it because in the end of the day, you have to go out on the court and deliver,” he added. “You’re expected to always win. For a great legend that she is, she always has that expectations from everyone, including herself. It’s no different with me.”

Battle for survival between Punjab Kings and Rajasthan Royals