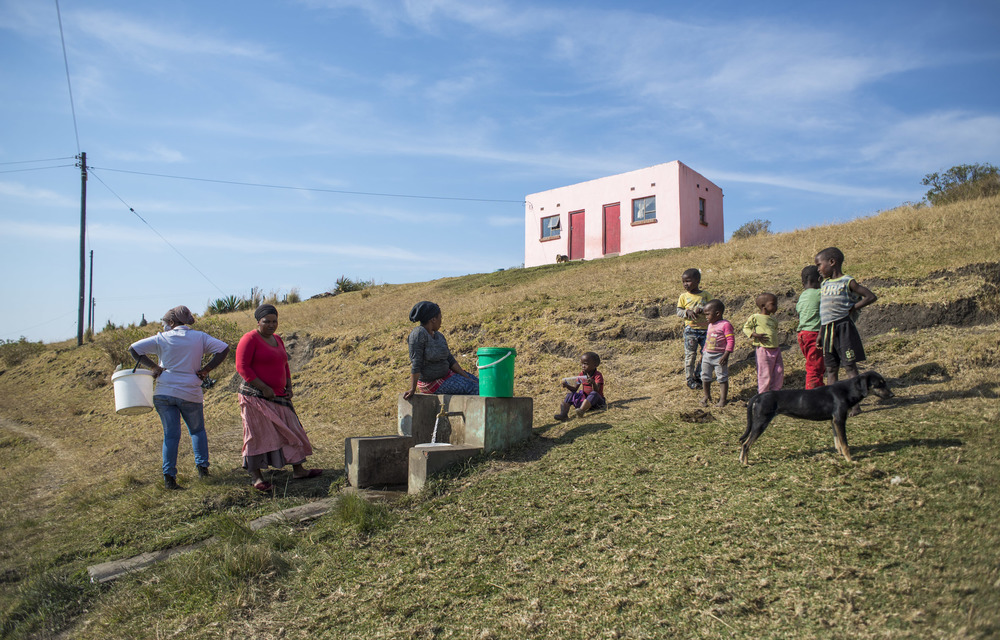 A draft UN plan to safeguard nature is doomed to fail if it does not put human rights at its centre, the UN’s special rapporteur on human rights and environment, David Boyd, has warned.

The draft framework aims to establish a “world living in harmony with nature” by 2050, in part by protecting at least 30% of the planet and placing at least 20% under restoration by 2030.

But in a recent hard-hitting policy brief Boyd wrote that these targets risk contributing to further human rights violations against indigenous people and other rural rights holders, jeopardising the 2030 and 2050 conservation goals.

“This failure reflects a dangerous yet persistent misconception: namely, that humans, and by extension, human rights, are separate and independent from nature,” he said.

Sobered by the world’s failure to achieve any of the global goals to protect, conserve and restore nature by 2020, 190 governments will gather in Kunming, China, from 11 to 15 October, and again in May, for the 15th Conference of the Parties (COP15) to the Convention on Biological Diversity.

The failure to place human rights at the heart of the framework and to require rights-based approaches in all biodiversity conservation and restoration actions “undermines the likelihood of successfully preserving and restoring the diversity of life on Earth”, says Boyd, as the world faces an unprecedented biodiversity crisis.

“Accelerated efforts to expand protected areas have proven insufficient to stop or even slow the tidal wave of environmental destruction sweeping the planet, with humans now causing the sixth mass extinction in the history of life on Earth,” he says in his brief.

Boyd cautioned against fortress conservation approaches aimed at restoring “pristine wilderness” free from human inhabitants, as this has had devastating human rights effects on communities living in targeted areas, including indigenous peoples and other rural dwellers.

“Indigenous peoples and other rural rights holders steward and claim collective rights to over half the global land area,” he said.

“When these communities’ impressive conservation capacities are considered alongside the extensive contributions of … smallholder peasant farmers whose agro-ecological knowledge and practices provide a viable and inspiring alternative to the industrial food system responsible for the bulk of global biodiversity loss, the potential power of rights-based solutions to combat the global biodiversity crisis is clear.”

In a study published in the journal Science in August, African scientists, conservationists and local leaders called for conservation on the continent to take a “shared Earth” approach that links nature and people to guide the repair of humanity’s relationship with nature.

“Although protecting 30% of nature is likely necessary to adequately reduce biodiversity loss, if it is pursued without equal attention to equity, local custodianship, and provisioning of benefits to people, errors of the past will likely be repeated,” they wrote.

For shared spaces such as agricultural, fishing and pastoralist systems, a new paradigm  that is nature-positive and centred on people to reverse nature’s decline is needed this decade, according to the study.

For this, natural spaces should be retained or restored to cover 20% of all areas locally to benefit people fully and to contribute to global conservation targets.

“We do need to conserve much better than we’ve been doing, with much greater ambition and protected areas need to work but it’s not just about protected areas or species,” David Obura, the study’s lead author, told the Mail & Guardian.

“It’s really about our entire dependence and interactions with nature, especially in Africa where so much of the farming, the agriculture and people’s daily lives are tied to nature.”

The conservation focus has been biased towards the most intact parts of nature, says Obura, the founding director of conservation organisation Cordio East Africa.

“But the places that are really going to push us over the tipping point are the places where people live and where people are depending on nature. If we don’t get that balance right, what we hide away in protected areas won’t survive anyway, because it can’t survive in isolation either. It needs to be connected to broader landscapes and seascapes,” he said.

South Africa is playing a leading role on the continent in negotiations towards the global biodiversity framework, according to Albi Modise, the spokesperson for the department of forestry, fisheries and the environment.

“In general, South Africa has always supported ambitious targets that reflect the interests and capacities of the Africa region, with commensurate resources for implementation,” he said.

According to Morné du Plessis, the chief executive of the Worldwide Fund for Nature South Africa, merely expanding the current formal protected areas means taking land out of production.

“Then you are also taking people off the land and potentially affecting the structure of communities — the broader community of a district — you can basically change the fabric of a district by bringing a big chunk of that district under a formal protected area,” Du Plessis said.

“Whereas if we approach these as protected environments, for example, where the people continue to manage the land and have certain self-agreed restrictions on what they can and can’t do to preserve the essence of the biodiversity premium that we set on that land, then you’re getting a win-win. You’re getting an incorporation of people and food production, for example.”

Rajkummar to shoot for HIT in Mumbai