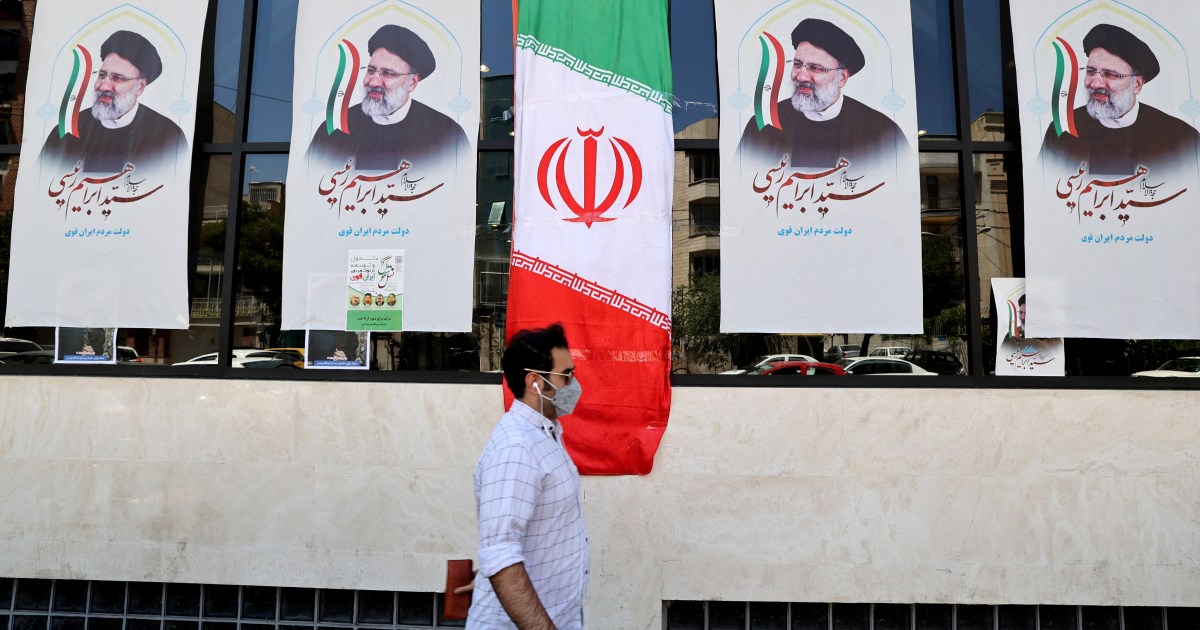 Tehran, Iran – The head of the United Nations’ nuclear watchdog and Iran’s nuclear chief have reached an agreement that will prevent another crisis looming over the prospect of restoring Iran’s 2015 nuclear deal.

It was Grossi’s first trip to Tehran during the new administration of President Ebrahim Raisi, who appointed Eslami as the new nuclear chief on August 29.

Both sides called the meeting “constructive” and agreed they will continue discussions on the sidelines of the agency’s general conference in Vienna later this month.

They also agreed that Grossi would travel to Tehran again soon to replace the agency’s monitoring cameras’ memory cards, which will still be kept in Iran in line with a law passed by the hardline Iranian parliament in December.

Iran has since February said it will only hand over the tapes to the agency after an agreement is reached in Vienna that will lift unilateral United States sanctions.

“What matters to us, and the agency also emphasises upon, is to build trust,” Eslami said following the meeting.

Joint Statement by th Head of AEOI and IAEA DG: the parties recalled and reaffirmed the spirit of cooperation and mutual trust and its continuation and emphasized on the necessity of addressing the relevant issues in a constructive atmosphere and exclusively in a technical manner

The meeting came days after two new confidential IAEA reports were shared with the media, showing the agency’s concern over Iran’s nuclear programme.

The reports said Iran has failed to adequately cooperate on the agency’s recording equipment, some of which may have been destroyed after an incident, while it is resuming high enrichment of uranium, and has not provided a full explanation on nuclear materials at several locations.

Iran had doubled down after the reports, calling on the agency to maintain its independence and refrain from political moves.

Grossi is slated to immediately return to Vienna, where he is expected to hold a news conference later on Sunday.

The last-minute meeting on Sunday was reportedly facilitated by Russia, which has not been in favour of a resolution against Iran at the next conference of the IAEA board of governors on Monday as it could derail nuclear deal talks.

We wholeheartedly wish the #IAEA and #Iran to maintain fruitful and businesslike relations. Good luck! https://t.co/wB2hh0OPIq

President Raisi earlier this month warned that a censure against Iran at the conference hosted by the Austrian capital could negatively affect a return to the negotiation table, which Iran has not returned to since July 20 when the sixth round of talks concluded.

A similar temporary technical agreement between Iran and the IAEA over monitoring in late February had also averted a censure scenario, led by the US with support from Europe, at the agency’s previous conference.

Raisi, who took office in early August, has said he wishes to continue the Vienna talks, but will not engage in negotiations for the sake of negotiations.

Avoiding a resolution against Iran would anger opponents of the nuclear deal, specifically Israel, which has been lobbying against the deal’s restoration. Israel’s Defence Minister Benny Gantz on Sunday called for the imposition of more sanctions on Iran to prod it towards an agreement.

The nuclear deal, formally known as the Joint Comprehensive Plan of Action (JCPOA), was signed in 2015 by Iran, the US, France, the United Kingdom, China, and Russia. But the US unilaterally abandoned it in 2018, imposing harsh sanctions.

In response to the sanctions, attacks on its nuclear facilities, and the assassination of a top nuclear scientist, Iran gradually boosted its nuclear programme, and is now enriching uranium to 60 percent, its highest-ever level.