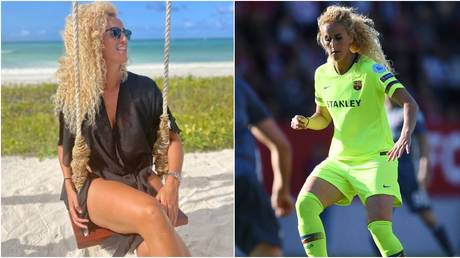 More details have emerged of the attack on PSG women’s star Kheira Hamraoui by masked men earlier this month, with French media also sharing a picture of the midfielder’s injured leg.

The 31-year-old was targeted on November 4 following a meal with teammates.

One of them who was driving the vehicle Hamraoui was pulled from, Aminata Diallo, was arrested last Thursday on suspicion of being involved, with a possible rivalry over playing time in the team explored by police.

Released without charge, however, Diallo is said to have mentioned the name of former France and Barcelona star Eric Abidal and his wife Hayet, plus threats the latter allegedly made in the past.

This has sparked rumors shared by Le Monde of a potential affair between Hamraoui and the legendary left back while they were both at FC Barcelona. 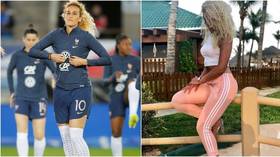 Ex-Barca director of football Abidal and his wife are said to be persons of interest in the case, and it was reported that the attackers said something about Hamraoui liking to sleep “with married men”.

French outlet L’Equipe has now shared police details of the attack on Champions League winner Hamraoui, who was at the Camp Nou from 2018 when signed by Abidal until returning to the French capital this summer.

Describing that the two men in black ski masks approached Diallo’s vehicle and then screamed “open the door!” at her, they hurled her to the ground and took out a rectangular iron bar before repeatedly hitting her on the legs.

“My attacker hit me with an iron bar several times. I saw that he was mainly targeting my legs and I was trying to protect myself with my hands,” Hamraoui is said to have told police.

“The scene lasted several minutes, it seemed long to me. Aminata told me it was faster. I think the two individuals fled because cars were coming into the street.

“They started running in the direction of the traffic. We quickly lost sight of them. I think a car should be waiting for them nearby.”

She is currently undergoing psychological treatment for the event, and L’Equipe also shared a photo of her leg.

Severely bruised at the back, it also boasts a gaping wound and what appear to be other cuts.

Hamraoui has separately asked for her privacy to be respected while the investigations run their course.

Meanwhile, Hayet is said to have voluntarily offered to testify in order to put “an end to the rumor” that she has played a part in the crime.

Through his lawyer Olivier Martin, Abidal has stressed that he “will appear without a problem and answer any question asked” by police, and is “neither directly nor indirectly linked to the assault”.