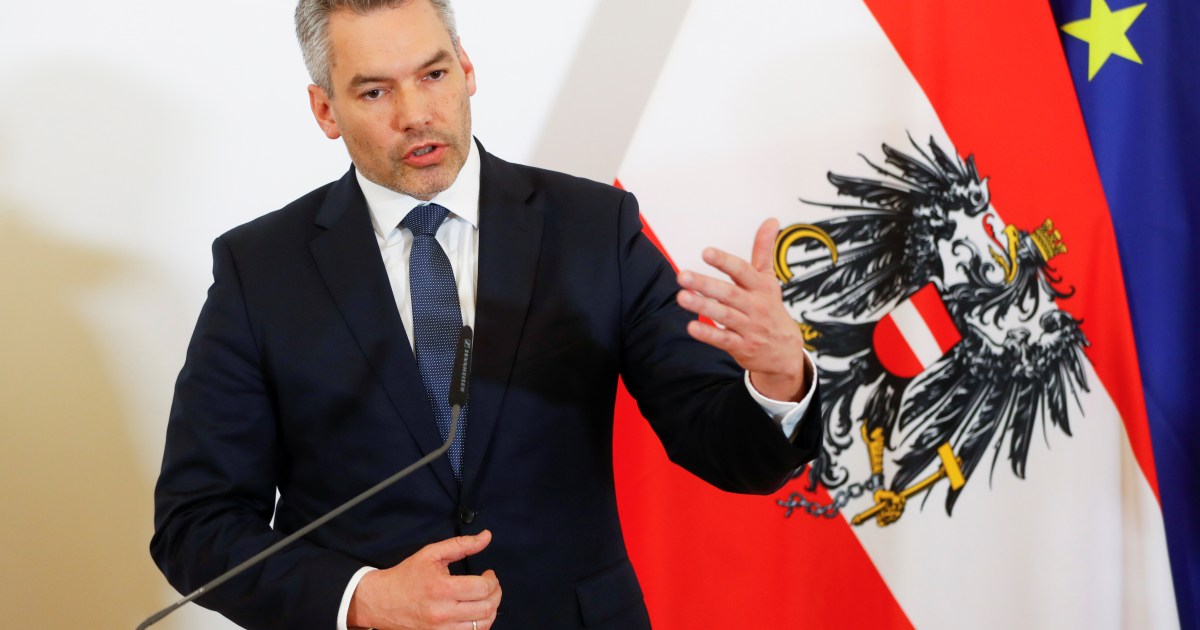 Austria’s ruling conservative People’s Party (OVP) has picked current Interior Minister Karl Nehammer, an immigration hardliner, to lead them and the country after a wave of resignations by senior officials set off by Sebastian Kurz.

Nehammer, 49, said on Friday that the OVP had unanimously picked him to succeed Kurz as party chief and nominee to head the OVP’s coalition government as Austria’s new chancellor.

Kurz, who stepped down as chancellor in October after becoming implicated in a corruption scandal, announced on Thursday that he was also quitting his role as the OVP’s leader. The 35-year-old, who denies wrongdoing, said he wanted to dedicate time to his family.

His decision sent shockwaves through the party and prompted two of his closest allies, new Chancellor Alexander Schallenberg and Finance Minister Gernot Bluemel, to say they too would resign. Schallenberg had been in the job for less than two months.

But in a nod to continuity, Nehammer said on Friday that he planned to maintain the law-and-order themes of Kurz’s two stints as chancellor since 2017.

Nehammer said fighting coronavirus would also be a top priority. Austria is currently in lockdown as authorities seek to ease pressure on hospitals dealing with surging infection rates.

It was not immediately clear when he would be sworn in as chancellor. Austria’s president must first accept Nehammer’s nomination, but that is expected to be a formality.

Nehammer said he would work in close consultation with President Alexander Van der Bellen, who swears in ministers and oversees transition periods, to appoint his conservative ministers as quickly as possible.

Van der Bellen is unlikely to oppose any of Nehammer’s picks. The Greens, a coalition partner, have said their team will remain unchanged.

Nehammer said he was nominating party official Magnus Brunner as finance minister, while Schallenberg will return to his former job – foreign minister.

Since Kurz was placed under investigation, most opinion polls show the OVP has lost a lead of at least 10 percentage points over its nearest rivals, the opposition Social Democrats. They are now neck and neck.

Neither the OVP nor the Greens have an obvious interest in a snap election as opinion polls suggest both would lose seats. But tensions between them are such that few analysts expect their government to survive until the end of this parliament in 2023.

A fourth shot may not offer much more protection against catching Omicron, an early Israeli study suggests.