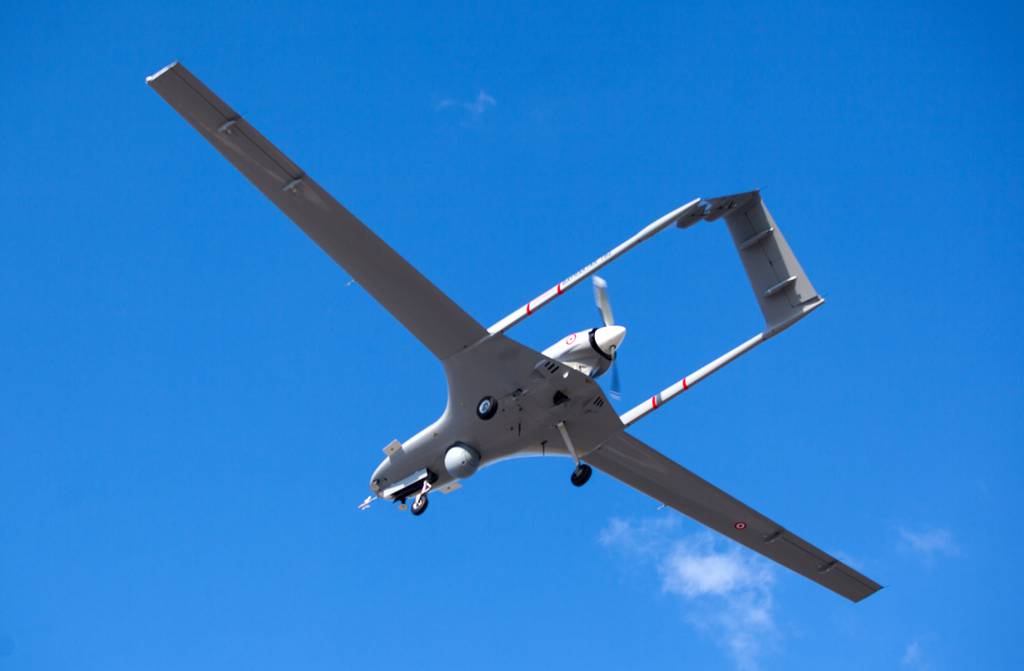 MERSIN, Turkey — Turkmenistan unveiled for the first time its Bayraktar TB2 combat drones during a Sept. 27 military parade marking the country’s 30th anniversary of independence from the Soviet Union.

Imagery of the drone from the parade was tweeted by its Turkish manufacturer, Baykar Defense.

In a first for the country, this year’s military parade was held in the southern Ashgabat foothills of the Kopetdag mountain range rather than in the city center near the presidential palace. A range of new military equipment was on exhibit during the parade, including Brazilian A-29 Super Tucano attack aircraft, Italian C-27J Spartan transport planes and Turkmen M-346 fighters.

The TB2 on display was armed with MAM-L and MAM-C munitions, manufactured by Turkish firm Roketsan, and the Argos-II HD/HDT camera system by Germany’s Hensoldt.

Turkmenistan imported defense and aerospace materiel from Turkey in July 2021 for $37 million, but the products were not revealed by officials. The imagery confirms the sale of the TB2 system to Turkmenistan.

During a presentation at Teknofest, an aerospace and technology event that took place Sept. 21-26 in Istanbul, Turkey, Baykar’s chief technology officer, Selçuk Bayraktar, said the company had exported the TB2 to four countries so far, with 10 more to come, and that contracts with these countries are signed or nearly complete.

Qatar received six Bayraktar TB2s in 2019, following a 2018 order. Ukraine also procured six TB2s, after which Azerbaijan added the drone type to its armed forces, which played an important role in the Nagorno-Karabakh conflict. Baykar also recently inked a contract with the Polish government for the supply of TB2s, representing the first time the company is providing the drone to a NATO member country. Turkmenistan is the fifth known state to have increased the number of TB2s in its military inventory.

Furthermore, the separate visits to Baykar Defense facilities by the Latvian defense minister and the Albanian internal affairs minister in June 2021 aroused speculation about these countries’ interest in TB2 technology.

Turkmenistan has expanded its acquisitions of ammunition and military equipment from Turkey over the last decade. It has purchased patrol boats, fast-attack crafts, hydrographic vessels, and search and rescue vessels from Turkey since 2010. In August, Turkmenistan added the 91-meter Deniz Khan corvette, built by Turkey’s Dearsan shipyard, to its fleet, which will assume flagship of the Turkmen Navy.

Tayfun Ozberk is a Turkey correspondent for Defense News.

Eye On Mega Deal With Navy, Dassault Will Fly Rafale Marine To India In 2022 For Showcase Trip

The Connection Between AUKUS, the Franco-Greek Pact, and the EastMed Pipeline