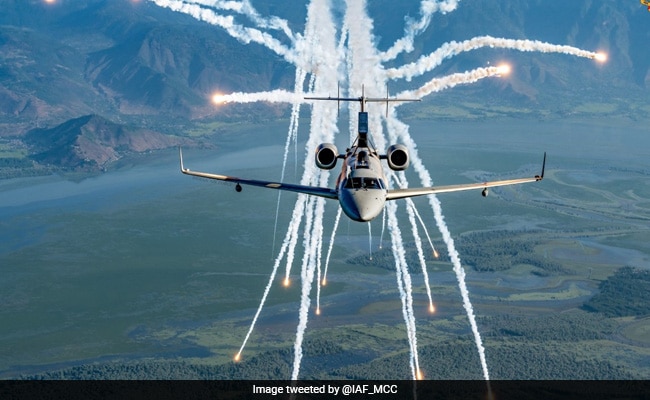 The IAF will celebrate its 89th anniversary with an air display.

The Indian Air Force will celebrate its 89th anniversary on Friday, October 8, with a what promises to be a stunning air display. The Air Force has released four pics from the rehearsals of the Air Force Day parade-cum-investiture ceremony which will take place at Ghaziabad to mark its anniversary. The IAF released the four photos on Twitter this morning, using the hashtag #AviationPhotoAlert.

“When you know how to be Smart and Pretty – Ways of the World,” the IAF wrote while sharing the photos. Along with the pics, they shared a Coldplay-inspired hashtag that sums up the stunning photos: #ThisBoyIsElectric.

The air force also added the hashtags #RunUpToThe89th and #MondayMorning.

The air display on October 8 will feature various aircraft, the IAF said in a press release. The display will commence with flag bearing sky divers dropping out of AN-32 aircraft at 8.00 am. After that, a flypast “would include heritage aircraft, modern transport aircraft and frontline fighter aircraft.”

A “spellbinding aerobatic display” will conclude the ceremony shortly before 11 am.

The IAF has requested all citizens of Delhi, Ghaziabad and neighbouring areas to avoid throwing eatables and garbage in the open, as they tend to attract birds.

“Birds pose a very serious threat to flying aircraft, specially at low levels,” the air force said in its release. “Eatables thrown out in the open attract birds. To ensure safety of the aircraft, pilots and people on ground, the Indian Air Force requests all citizens of Delhi, Ghaziabad and its neighbourhood not to throw eatables and garbage in open.”

Watch: To Entertain Passengers On Delayed Flight, A Crew Member Did This…