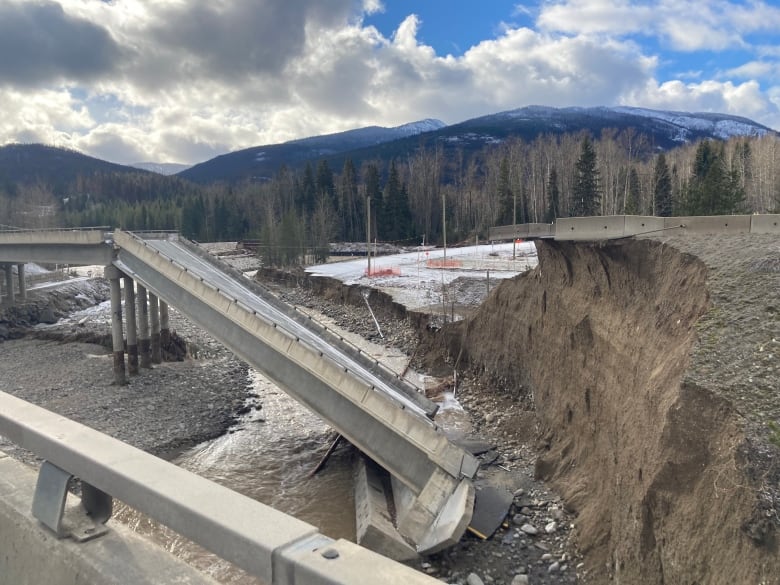 A “parade of storms” headed for southwest British Columbia could worsen flooding and mudslide conditions within the week, according to the meteorologist responsible for warning preparedness at Environment and Climate Change Canada.

However, the precipitation will be significant enough to “exacerbate the vulnerabilities on the ground currently,” he said.

“With the Thursday system, it is an atmospheric river, tapping into some subtropical moisture and heat. It’s going to bring freezing levels [on mountains] up to 2,500 metres, so fairly high — there will be some snow melt with this moisture,” he said.

Castellan predicts 40 to 70 millimetres falling in the flood-soaked Fraser Valley, and upwards of 100 millimetres on the North Shore mountains and Howe Sound.

After that system is tapped out, another atmospheric river is expected to follow in short order, hitting Saturday afternoon.

Castellan said with some areas already at 200 per cent the normal seasonal rainfall, the worry is the incoming rain will be falling on terrain that is already saturated. On hillsides, that means a greater likelihood of water running downhill and causing mudslides and valley flooding.

“I would just caution that we are dealing with very active weather for the foreseeable future,” he said.

A series of warnings and special weather statements is also in effect for the northern half of the province, primarily for dangerously strong winds and snowfall.

And snowfall warnings have been issued for the Fraser Valley and Fraser Canyon, which have already been pummeled by relentless rain and impacted by highway closures.

The atmospheric river hit the region Saturday. According to the Ministry of Forests, Lands, Natural Resource Operations and Rural Development, that area could see up to 300 millimetres of rain by Monday night, with the highest amounts hitting the outer coast between Prince Rupert and Ocean Falls.

Snowmelt at low-to-mid elevations is expected to add to runoff and the ministry is advising people to stay clear of fast-flowing rivers and potentially unstable riverbanks.

The provincial government asked residents in these areas to prepare for stormy weather by clearing gutters on homes, checking nearby storm drains for blockages, storing valuables in water-tight containers in case of flooding and having an emergency plan.

A full list of recommendations from the province is listed here.

As engineers and road crews tackle the challenges of rebuilding sections of the Coquihalla Highway swept away by flood waters, Environment Canada has issued a snowfall warning for the exact stretch of affected road from Hope to Merritt.

WATCH | At least 4 people have died in B.C. mudslide:

The bodies of four people have been recovered following a mudslide on Highway 99 near Lillooet, B.C. Meanwhile, cleanup efforts continue in areas hit hard by flooding — with members of the Canadian Armed Forces dispatched to assist. 2:01

The Ministry of Transportation and Infrastructure said extra crews and equipment are on standby, ready to respond as necessary with potential impacts from severe weather.

Road conditions can be checked at DriveBC.