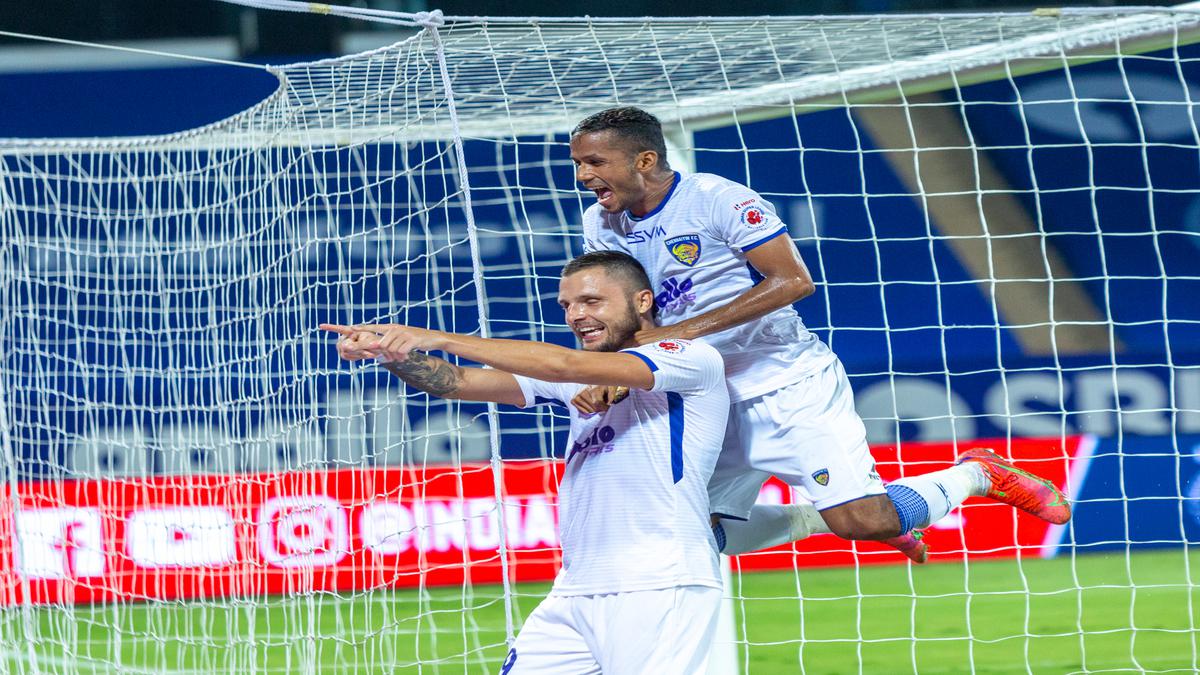 Lukasz Gikiewicz’s header in the first half from a set-piece was enough for Chennaiyin FC to start the new year on a winning note beating Jamshedpur FC 1-0 at the GMC Athletic Stadium in Bambolim on Sunday.

It was a scrappy win for the two-time champion but the team would be happy with three points after two defeats in its last two matches.

For Jamshedpur FC, it was a game of missed opportunities as it was the better team on the park but Owen Coyle’s men paid the price for some poor finishing and recorded its second defeat of the season.

Early in the first half, Jamshedpur FC started on the front foot and created a few chances in the first fifteen minutes of the game.

AS IT HAPPENED | Jamshedpur FC vs Chennaiyin FC highlights

One of the best chances came in the fifth minute when Seiminlen Doungel received a nice assist near the post from the left flank but the midfielder messed it up with his first touch by not taking the shot immediately and instead sent it over the top.

After that, neither team looked threatening to score until Doungel’s foul on Jerry Lalrinzuala gave Chenaniyin a free-kick.

Vladimir Koman sent in an inch-perfect cross to the far post where Gikiewicz, unmarked, came steaming in and headed in the only goal of the evening.


In the second half, JFC completely dominated the match but had nothing to show for in the end as CFC was happy to stay back and put men behind the ball to defend the slender lead.

JFC had two easy chances late in the match, which it failed to capitalise on. In the 82nd minute, Jordan Murray sent in the perfect ball to Ishan Pandita, who had an open goal in front of him from just a few yards but shot it wide.

A few minutes later, Murray received a pass but hesitation in taking the shot at the first attempt from near the goal cost dearly.

The star of the day for CFC was defender Sajid Dhot who was signed ahead of this match from Odisha FC.