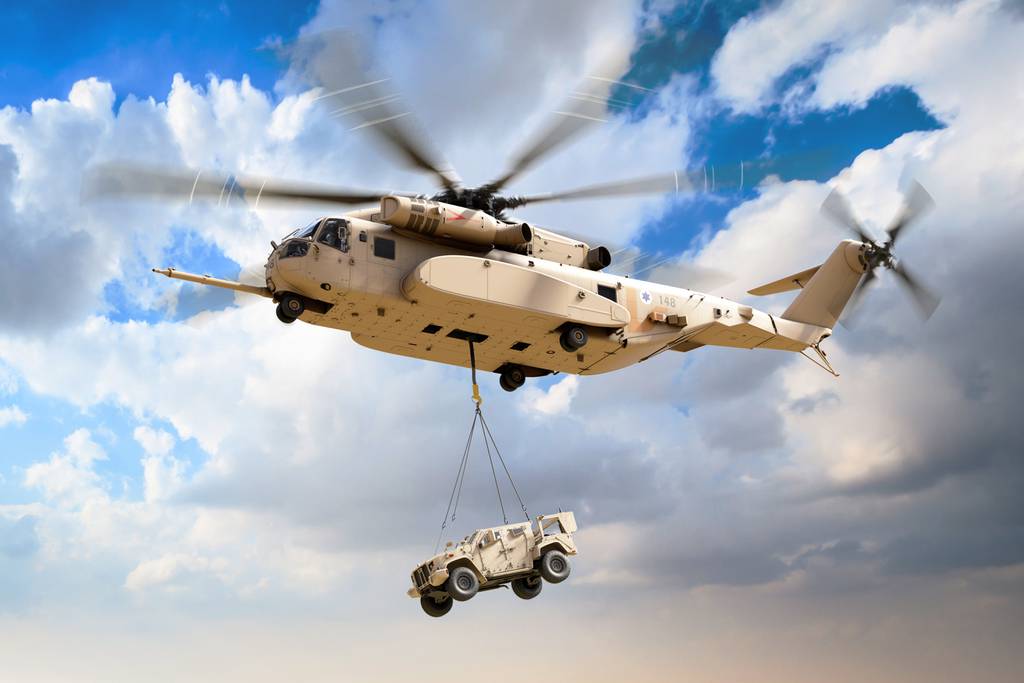 “These procurement agreements are significant milestones in the [Israel Defense Forces’] buildup processes. We continue to strengthen our capabilities and to change and adapt our Air Force to face future challenges both near and far,” Israeli Defense Minister Benny Gantz said when then Dec. 30 agreement was signed.

Israel has been working on a KC-46 deal for years and has sought to acquire new helicopters. The helicopter deal was cleared by the U.S. State Department in July 2021.

Both aircraft are needed to replace Israel’s aging fleet. The country has undergone had several elections since 2018, and the lack of a stable government postponed some procurement efforts until early last year.

In February 2021, Israel agreed to a procurement program for two KC-46As with the signing of a letter of offer and acceptance. At the time, Israel said it would buy more F-35 Joint Strike Fighters and heavy-lift helicopters to replace its CH-53 Yasur helicopters. The procurement programs were conducted in coordination with the U.S. military channels, using the Foreign Military Financing program, the ministry said at the time.

“We will continue to work to complete the agreements that will enable the IDF to fulfill its purpose and to move forward with the missions facing us in the various arenas, near and far, at sea, in the air, on land and in cyberspace,” Gantz had said in February.

Since that announcement nearly a year ago, reports indicated Israel sought to speed up delivery of the tankers, with the slow pace of the deal a topic of concern in Jerusalem.

Israel says the latest aircraft procurements are part of a larger program “undertaken by the Ministry of Defense together with the IDF over the last year and a half, with the aim of strengthening the IDF’s capabilities, force buildup and preparedness to face existing and future threats.” This will include more F-35s as well as the refueling aircraft, the helicopters and munitions.

Israel has also said it wants more air defense systems and “new marine and land platforms as well as cyber systems.” Some of these would be locally procured.

Israel has a multilayered air defense system consisting of Iron Dome, David’s Sling and Arrow, programs supported by the U.S. and involving close cooperation with the U.S. Missile Defense Agency. Israel is also outfitting its new Sa’ar 6 corvettes and working on a future armored fighting vehicle.

Seth Frantzman has been covering conflict in the Middle East since 2010 as a researcher, analyst and correspondent for different publications. He has experience covering the international coalition against the Islamic State group in Iraq and Syria, and he is a co-founder and executive director of the Middle East Center for Reporting and Analysis.