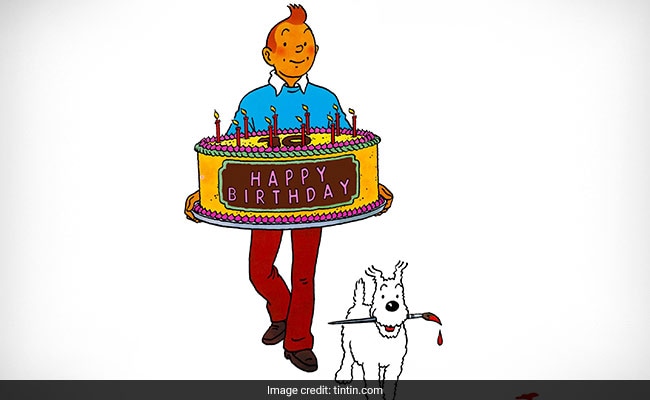 It’s January 10 already and we can’t help but be nostalgic. Ask us why? People belonging to the era of comics will relate. Today is the day when Tintin was introduced to the world. In other words, it’s the legendary comic character’s birthday. The first book, in The Adventures of Tintin comic series, was published in 1930.

And, celebrating the day is Joy Bhattacharjya, quizzer and sports producer. The former Team Director of the IPL franchise Kolkata Knight Riders (KKR) posted a photo of the iconic Tintin on Twitter. The feisty image depicts Tintin riding a motorcycle while the twin characters Thomson and Thompson are seen flying away along with Tintin’s dog Snowy. The action-packed illustration was coupled with the caption, “Tintin started on this day, 92 years ago.” Later, Mr Bhattacharjya corrected himself and acknowledged that it’s been 93 years since Tintin came before the public eye.

Tintin started on this day, 92 years ago. pic.twitter.com/3JsjXN1Wdc

The tweet made people reminisce about the beauty of this comic series. A user called it one of the best adventure comics out there.

Another wrote that he liked the illustrations more than the writing of the Tintin comics series.

A few were taken on a walk down memory lane. They recollected their time spent reading the comics. One user wrote, “You reminded me of my childhood.”

You reminded my Childhood .. thanks

A person commented that The Adventures of Tintin is  “one of my favourites.”

Wow!! One of my favourites

Tintin was later also adapted as animated films and TV shows. These, too, won many hearts. A few reminisced about watching the TV show.

I loved this show

Tintin comics made it big in the world. The adventurous tales of a reporter told through the illustrations of Belgian cartoonist Herge aka Georges Remi has been a sensation all around the world. In 2019, an original page from the comic book was sold for 394,000 euros ($435,000) in Paris. The page contained the original illustrations from “King Ottokar’s Sceptre”. The same year, the first published Tintin cover from 1930 was sold in Dallas for a whopping $1.12 million. In another instance, a drawing of Tintin and Snowy sold for 505,000 euros ($595,000) in 2017.

Giant Asteroid To Pass By Earth Today, Says NASA. How You Can Track It

Dhinchak Pooja Is Back With A New Song. In This One, She’s A “Biker”