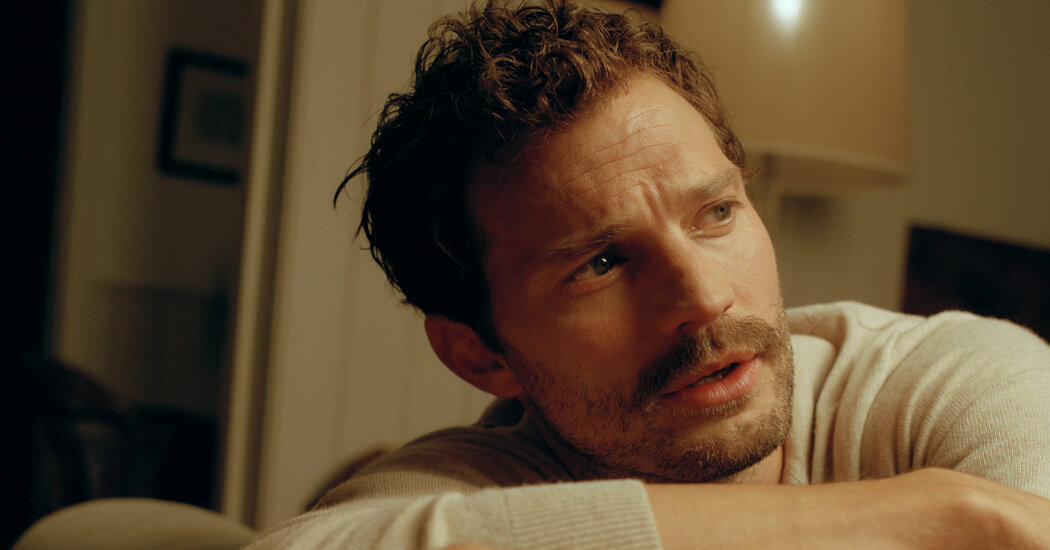 Dornan knows that because of “Fifty Shades,” his most ardent fans are women and gay men; when straight guys ask for his picture, he can still sense their skepticism. “They’re always like, ‘It’s obviously not for me, I’m a straight guy, and I have a wife’ or ‘I have a girlfriend, and she likes you, that’s why the photograph’s happening,’” he said. “What have I done, three war movies? You’d think that might help my cause out a little bit with straight men, but probably not. I think you need to be in that comic-book world to really grab their attention.”

On that front, Dornan is trying and has been for a while (even before “The Fall,” he auditioned for Superman, a role he lost to Henry Cavill). To nab a superhero role now would offer him the chance to return to franchise films not as a newcomer desperate for a foothold but as an established actor who’s proved what he can do. And he knows that narrow path exists because Robert Pattinson has managed to walk it, seguing from “Twilight” heartthrob to indie-film star with such panache that he looped back around and used his newfound credibility to win the title role in next year’s “The Batman.”

“I would be lying if I didn’t admit that I feel like him and his people have played it really cleverly,” Dornan said of Pattinson, who is a friend. “Everything he’s done since ‘Twilight’ has been really smart and beautifully crafted, and those films aren’t financed on his name had he not been in these movies that made billions of dollars.”

Dornan is open about the movies he covets, and he has met with the Marvel Studios head Kevin Feige about donning a cape and tights. “I’m more ambitious than I’ve ever let on before,” Dornan said. Part of it is becoming a parent. “It’s like a necessity to deliver and provide, very caveman-esque: I must succeed for these precious little people. Also, since my dad died, it’s lit this extra fire within me, this extra burner of wanting to succeed.”

That desire isn’t to win the love he never got. “Dad would tell me that endless times every day of my life, so I’m not seeking that,” Dornan said. “But for some reason, since he’s gone, I have a weird thing of wanting to prove something to myself, to prove some sort of succession that is impressive.” And now that he’s channeled his own father, shouldn’t some other heroes be on the table?

Denmark’s PM to be grilled over decision to cull minks

U.S. Threat to Squeeze Russia’s Economy Is a Tactic With a Mixed Record