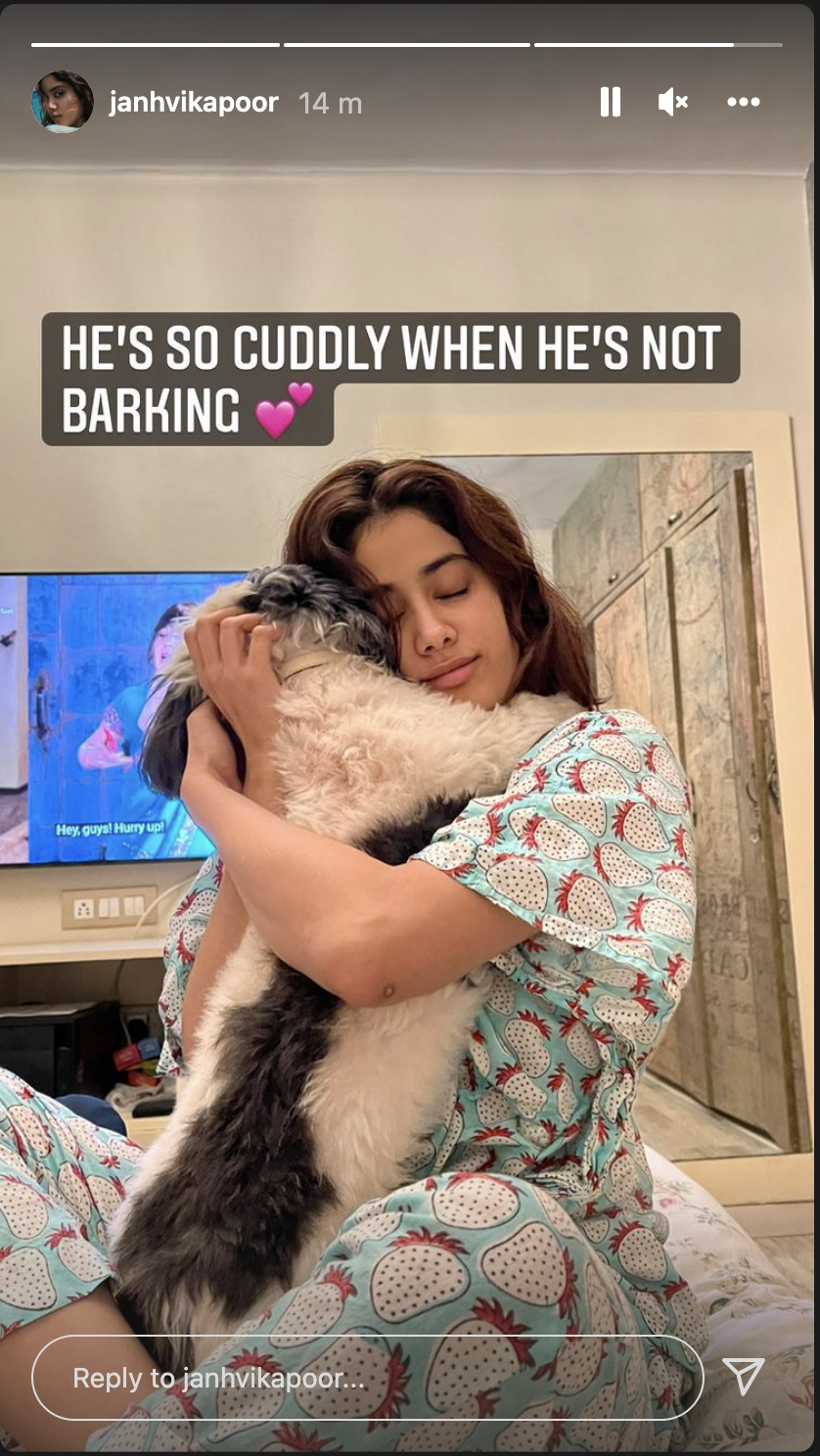 Bollywood actress Janhvi Kapoor often shares fun moments and snippets from her everyday life for which she enjoys a massive fan following. Having said that, the actress recently gave a glimpse of her cozy movie night with her date. Have a look :
In the picture, Janhvi can be seen caressing her pet doggo with all the love and affection. Her dog named ‘Panda’ can be seen adorably gazing at her. The actress shared another cute click of the both of them and also added a little note which read, ‘He’s so cuddly, when he’s not barking’.

Meanwhile, on the personal front, Janhvi Kapoor’s younger sister Khushi Kapoor has tested positive for the coronavirus. Earlier in the day, Janhvi shared that she too had contracted the virus. ETimes quoted a source saying, ‘Janhvi had few symptoms as well but she recovered quickly’.

Janhvi also shared an update on the same on Instagram Stories. 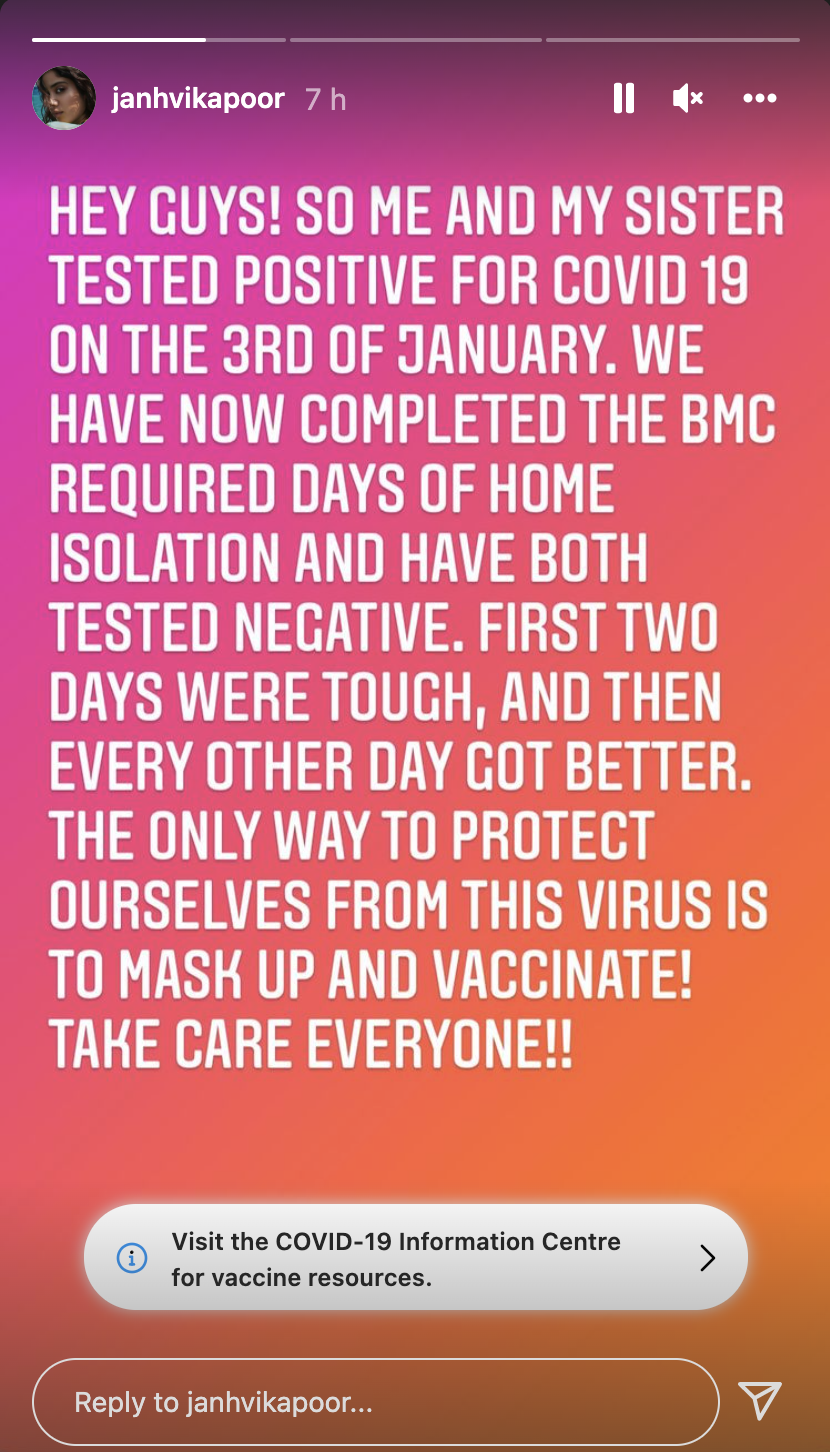 Meanwhile, on the work front, Janhvi Kapoor has some very interesting films lined up in her kitty including, ‘Good Luck Jerry’ and ‘Dostana 2’. She is also a part of Karan Johar’s passion project ‘Takht’ where she will be Kareena Kapoor, Vicky Kaushal, Anil Kapoor, Bhumi Pednekar, Ranveer Singh, and Alia Bhatt among others.