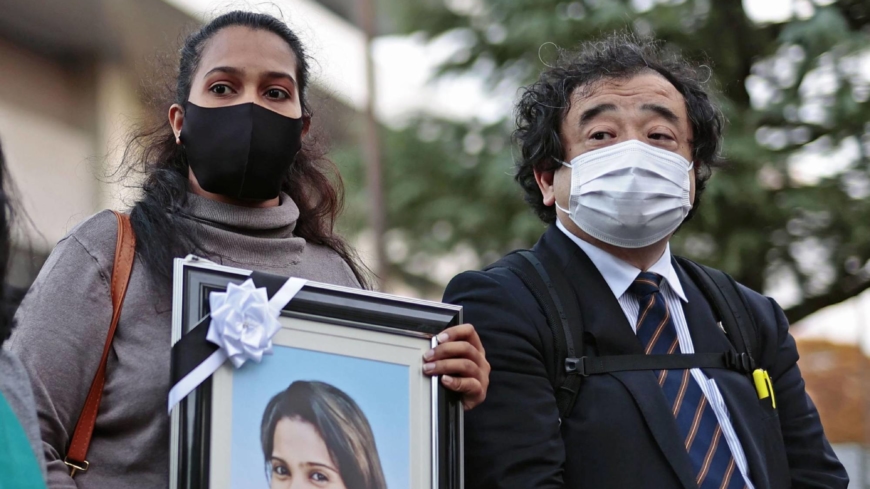 Five groups supporting foreign nationals and women have urged the government to provide thorough protection for non-Japanese people who claim that they are victims of domestic violence.

In a statement issued on Thursday, which came in response to the death of a Sri Lankan woman at a detention facility in Nagoya in March, the groups requested that Japan dramatically improve security for such people and improve related measures.

According to an investigative report released by the Immigration Services Agency of Japan, Wishma Sandamali, then 33, had claimed in January that she was being abused by her boyfriend and that she was worried as she had received menacing letters from him.

Personnel at the Nagoya Regional Immigration Services Bureau, however, did not treat her as a foreign national who may have been subject to domestic abuse. She later died at the Nagoya facility after being detained for overstaying her visa.

Speaking at a news conference, Motoko Yamagishi, secretary-general of Tokyo-based nonprofit organization Solidarity Network with Migrants Japan, said that Wishma’s case showed that residency status is one of the reasons behind the lack appropriate protection for foreign nationals who are victims of domestic abuse.

Police and the immigration agency made “a big mistake” when they failed to take adequate action, Yamagishi said.

In the statement, the group said that the agency lacked an understanding of domestic violence to a considerable degree.

Noting that victims of domestic abuse should be given adequate protection without being discriminated against due to differences in nationality and residency status, the groups added that Japan should look into Wishma’s case again and amend related laws.

‘People trying to frame me like they framed Anil Deshmukh’: Nawab Malik

It is incumbent upon judges to exercise utmost discretion in utterances in courtrooms: Kovind

Free speech not to be exercised only if in line with majority: Delhi HC