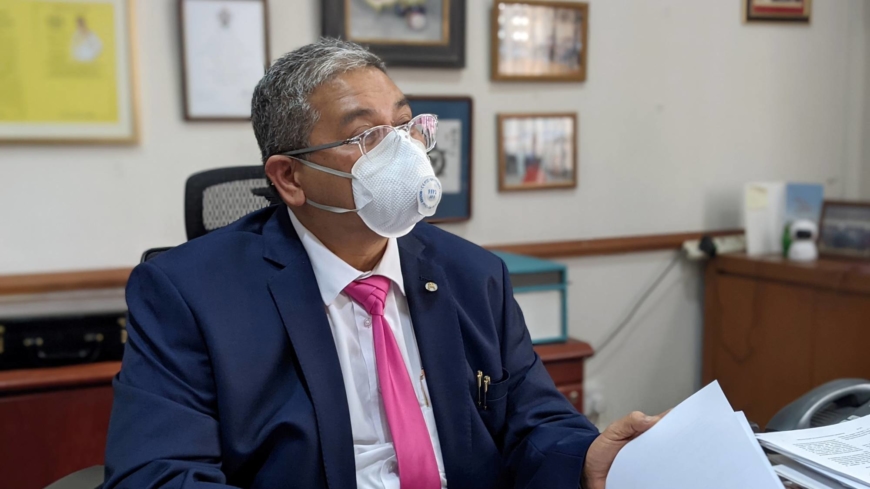 In a 30-minute teleconference with Erywan, Brunei’s second foreign minister, Motegi expressed his strong wish that the envoy will be able to visit Myanmar at an early date, according to the Japanese Foreign Ministry.

Their talks were held a day after the National Unity Government, Myanmar’s parallel government formed by members of the ousted democratic camp, declared a “defensive war” against the military that has taken control of the country.

Motegi also stressed the importance for Erywan to hold dialogue with as many stakeholders as possible during his visit to Myanmar and promised Japan will do all it can to help him accomplish his task, the ministry said.

The minister briefed the envoy about progress in Japan’s plan to offer humanitarian assistance to Myanmar that could prod the military to implement a “five-point consensus” agreed on at a summit of the 10-member Association of Southeast Asian Nations, the ministry said.

The consensus that was reached at the meeting in April attended by Senior Gen. Min Aung Hlaing, Myanmar’s military leader, includes the release of those detained, a halt to violence on peaceful protesters and a return to democratic process.

In an online interview on Saturday, the envoy said he has called for a four-month cease-fire by all sides in Myanmar’s conflict to enable the smooth delivery of the first batch of humanitarian assistance to the country expected as early as mid-September.

Erywan also said he has yet to be given a nod by the military to meet detained civilian leader Aung San Suu Kyi of the National League for Democracy.

Military crackdowns on anti-coup protesters and others have resulted in more than 1,000 deaths, according to the Assistance Association for Political Prisoners, a rights group tracking the situation in Myanmar.