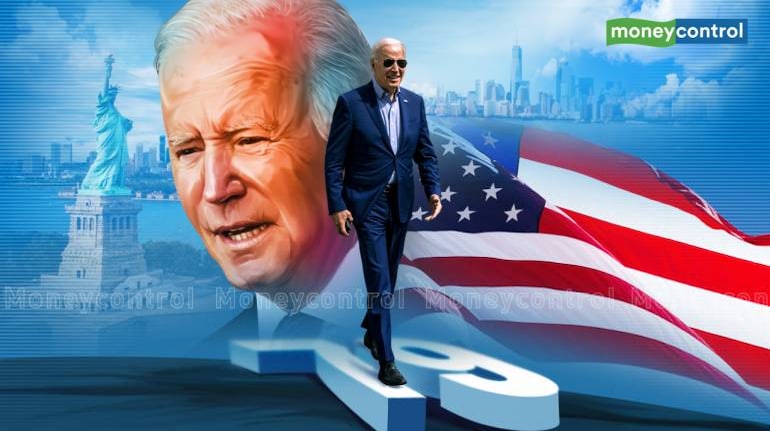 President Joe Biden closed his speech commemorating and deploring the events of January 6, 2021, by asking God to bless those who stand watch over democracy.

To stand watch on a ship is to keep out a weather eye to keep an eye on the sea and sky for potential danger. In this larger sense, Biden’s address called on Americans to see the plain truth, to bear witness to the violence of January 6 and survey the coming threats.

As a scholar of presidential rhetoric, I pay attention to metaphors because they often reveal a lot about the ideas, values and beliefs of particular chief executives and, indeed, of the nation as a whole.

Biden’s speech of Jan. 6, 2022, is of interest not only because of the circumstances that led to its being necessary, but also because of the visual language it employed.

The speech expressed a powerful faith in the plain truth. It asked Americans to believe their own eyes. That reflects a long philosophical tradition in Western culture equating sight or light with the truth. Yet there’s always been a countertradition, one that assumes real power lies in the shadows, conspires behind the curtains.

Former President Donald Trump’s fondness for conspiracies is well known it was evident in his pushing of the Obama birther lie and his reluctance to disavow the QAnon conspiracy.

It has also shaped the view of many in his party that the 2020 election was somehow stolen. In his speech, President Biden sought to disinfect the body politic with the light of truth. He did so in several ways.

In his speech, President Biden sought to disinfect the body politic with the light of truth. He did so in several ways. Biden shaped the nation’s memory of January 6 by what Americans saw that day. It was a violent attack, he said, an effort to overturn a fair election and overthrow American democracy.

To make that definition vivid, he repeatedly urged audience members, Close your eyes, asking them to see again what people saw that day. A mob dragging, stomping, attacking police officers. Rioters using flagpoles as spears. Confederate flags in Statuary Hall. A gallows on the Capitol lawn, readied for the vice president of the United States.

Recognise that violence for what it was, Biden urged. Ignore the excuses that have been made since. See the truth. Dagger at the throat of democracy’ Not only did the president ask the nation to see January 6 clearly, he also asked us to understand its place in history.

Biden asked the audience to look at Statuary Hall, the chamber within the U.S. Capitol from which Biden spoke. It wasn’t just a convenient backdrop for his address. It is a record of history, symbolised by the statue of Clio, the classical muse of history, who stood watch over the Capitol and recorded all that happened there.

History saw, in Biden’s words, a dagger at the throat of democracy a powerful visual image. History saw the facts they were plain and clear for all to see. The former president was defeated. He lost by millions of votes. Republican judges and politicians rejected his conspiracies.

This is the visual language of democracy. Democracies, Biden asserted, face their problems and recognise reality. They do not fall victim to shadows or what Biden described as Trump’s big lie. The truth is right there for all Americans to see, plain and clear.

The U.S. Bombed a Dam in Syria That Was on a ‘No-Strike’ List