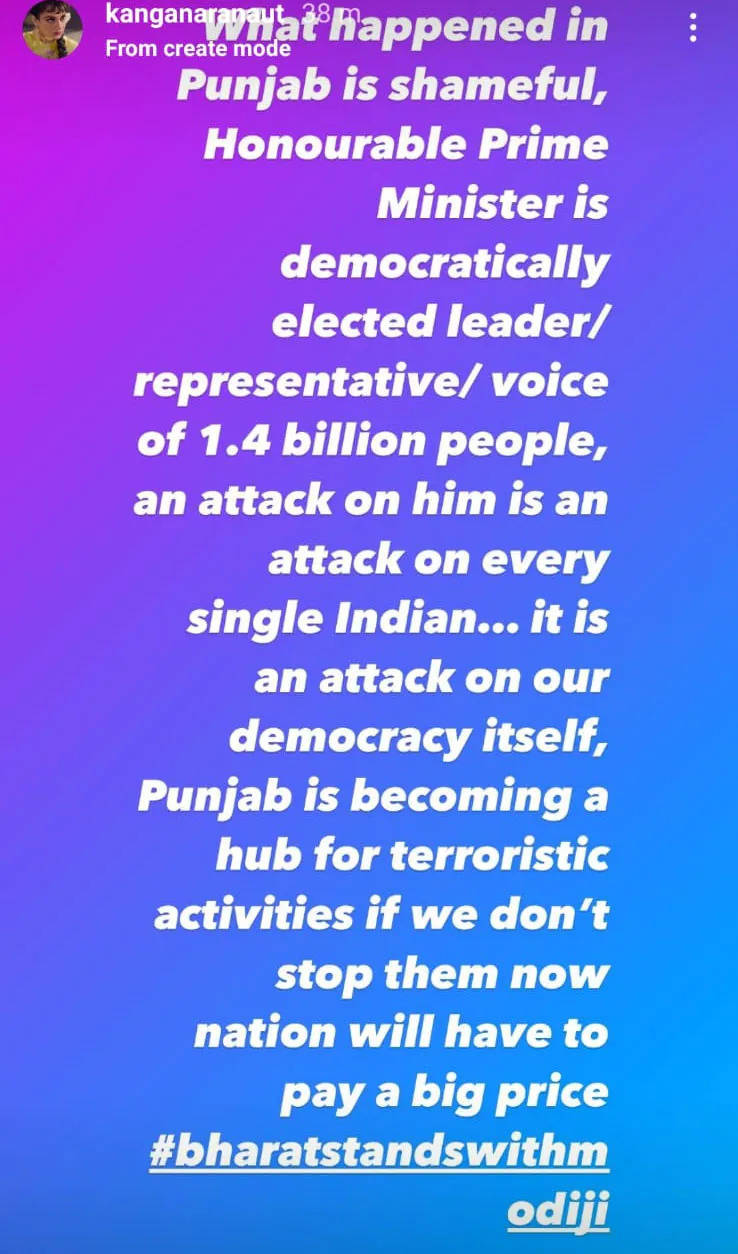 On Wednesday, Prime Minister Narendra Modi‘s convoy was stopped by protesters in Punjab, forcing him to return. The incident is now being seen as a major security lapse and has led to a nationwide debate.
Citing her opinions on the same, Kangana Ranaut took to her Instagram handle to slam the unfortunate incident, calling it ‘shameful’ and ‘attack on democracy’.

She wrote, ‘What happened in Punjab is shameful, Honourable Prime Minister is democratically elected leader/ representative/ voice of 1.4 billion people, an attack on him is an attack on every single Indian… it is an attack on our democracy itself, Punjab is becoming a hub for terroristic activities if we don’t stop them now, nation will have to pay a big price #bharatstandswithmodiji’

Apart from this, Kangana will next be seen in ‘Dhaakad’ where she will play the role of an agent named Agni. The film also features Arjun Rampal and Divya Dutta in key roles. The actress also has ‘Tejas’ in her kitty where she will be seen playing an Air Force pilot.

Kangana has also been roped in for ‘Sita: The Incarnation’ where she will be essaying the titular role of Sita.