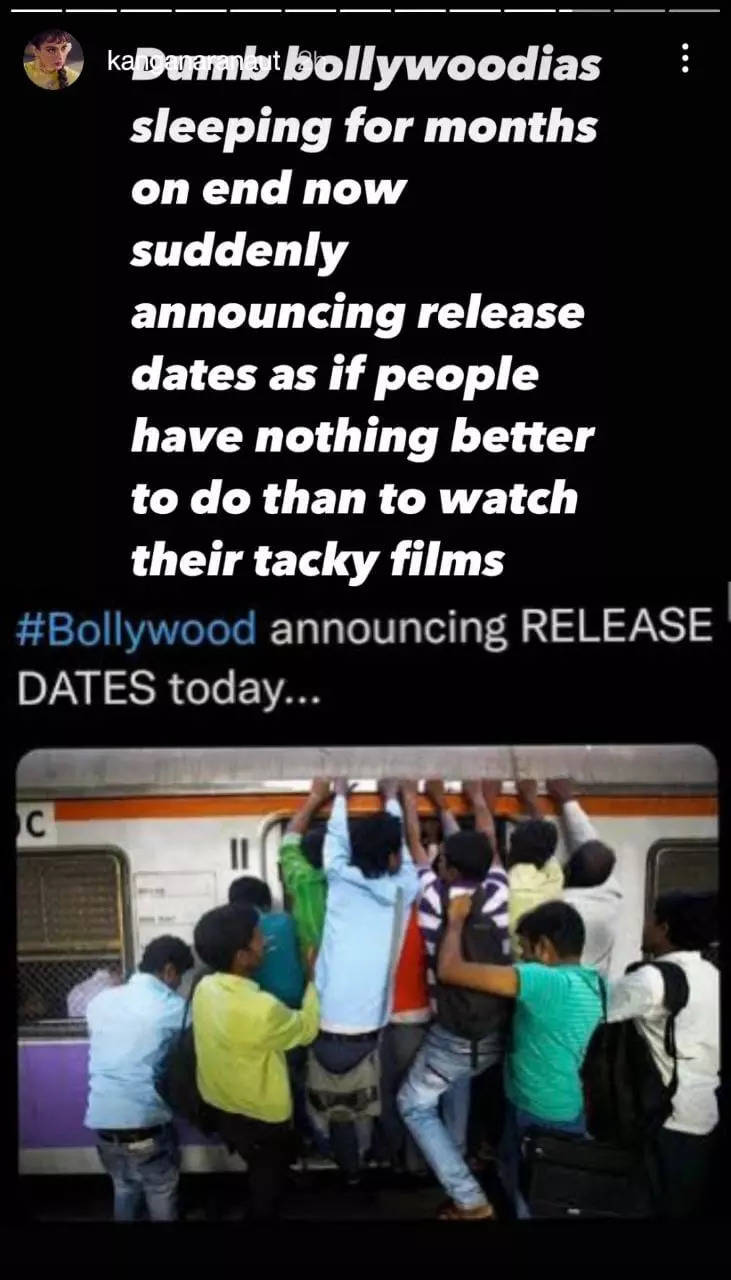 Actress Kangana Ranaut took to her Instagram handle to react to Bollywood celebs announcing the release dates of their upcoming films.
Without taking names, she shared a meme and wrote, “Dumb bollywoodias sleeping for months on end now suddenly announcing release dates as if people have nothing better to do than to watch their tacky films.”

She further took reference from Amitabh Bachchan’s song and added, “It’s a good time for people like us, we don’t get a solo release we don’t find enough screens even if we do we don’t get good shows, big studios and mafia has full control over exhibitors and multiplexes, only thing we rely on is a good content, that’s how I have made it this far…With current situation can’t resist signing Big B song to all mafia who make trashy films but because of manipulations and monopoly make big numbers…Well here’s the song you all…”
“This is a transformative time for film industry, only good content will survive….so actually it’s not a bad time at all…It’s time for social cleansing Old empires will fall and new ones will arise” she signed off. 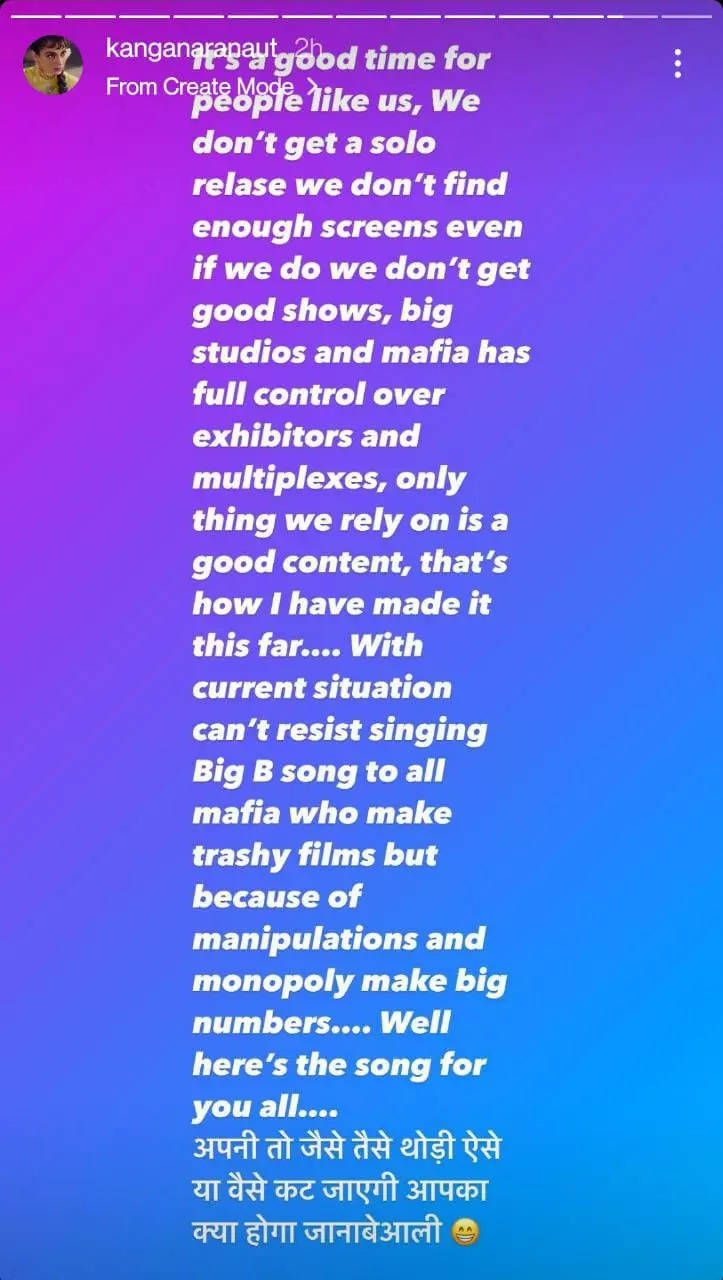 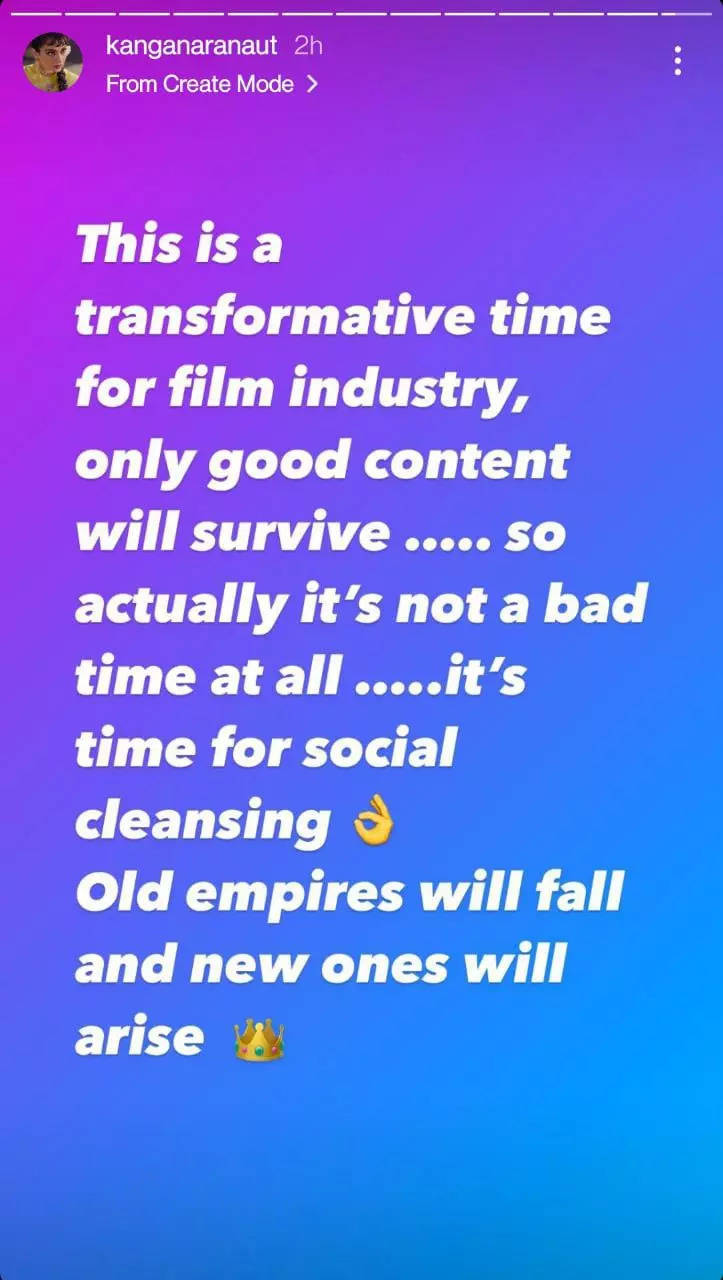 Kangana recently appeared in ‘Thalaivii’ which was released both in theatres and the OTT platform within a gap of two weeks. Talking about it, previously she had shared, “Thalaivii came in troubled times many states were shut we weren’t allowed multiplexes release and Tamilnaduuu hardly had 50 percent occupancy. It was literally a partial ott release that too without any digital promotions but like they say nothing can stop a good film… with Amma’s blessings Thalaivii smashing records.”

Kangana will be next seen in ‘Dhaakad’, ‘Tejas’, ‘Sita: The Incarnation’, ‘Emergency’ and ‘Manikarnika Returns: The Legend of Didda’.