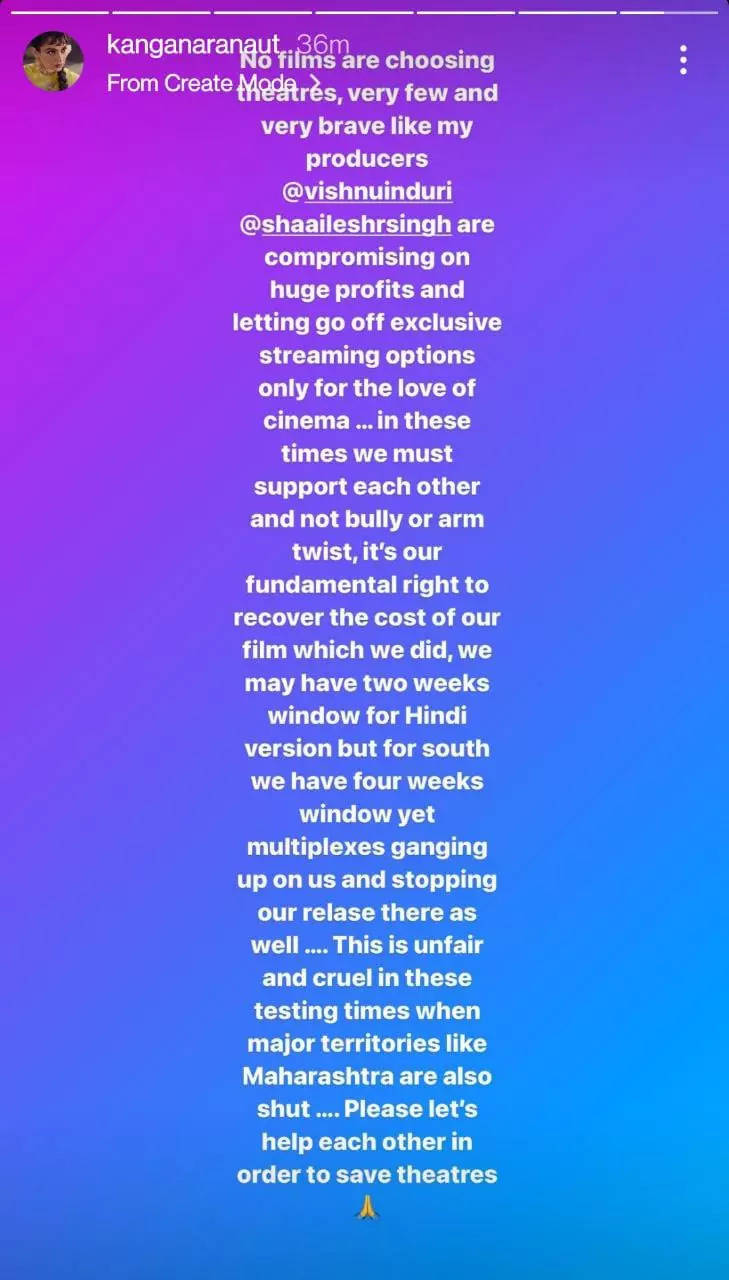 Bollywood actress Kangana Ranaut who is all set for her upcoming film ‘Thalaivii’, hits another roadblock after three national multiple chains seemingly decided to not accommodate the film releasing in theatres on 10th September.
To this, Kangana took to her Instagram handle and shared a message for the multiplex owners. Requesting to help each other during the testing times, she wrote, “No films are choosing theatres, very few and very brave like my producers @vishnuinduri @shaaileshrsingh are compromising on huge profits and letting go off exclusive streaming options only for the love of cinema.”

She continued, “In these times we must support each other and not bully or arm twist; it’s our fundamental right to recover the cost of our film which we did, we may have two weeks window for Hindi version but for South we have four weeks window yet multiplexes ganging up on us and stopping our release there as well…This is unfair and cruel in these testing times when major territories like Maharashtra are also shut…Please let’s help each other in order to save theatres.”

According to reports, the reason behind the multiplex’s reason is that the chains insist on a minimum exclusive theatrical window of at least four weeks amid the COVID-19 outbreak. The same scheme is currently being followed by recently released films in theatres, such as Akshay Kumar starrer ‘Bell Bottom’ and Amitabh Bachchan’s ‘Chehre.’

While the makers of ‘Thalaivii’ had previously planned to go for a quick OTT release considering the pandemic situation, later they accepted the conditions of the theatre owners.
The film will be releasing on September 10 as announced, and the bookings for the film will open soon. Currently, theatres are allowed to operate with 50% occupancy across the country, owing to the strict rules due to the COVID-19 outbreak. 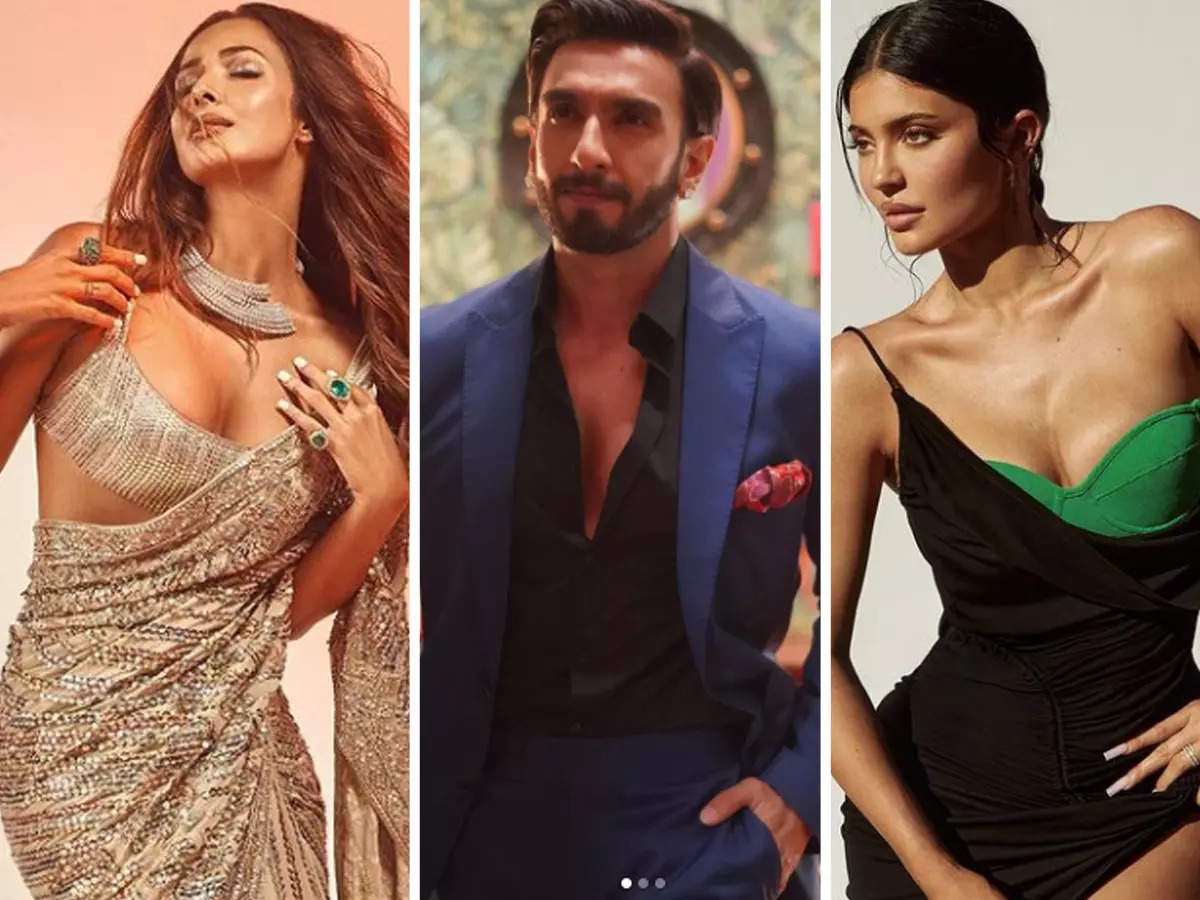