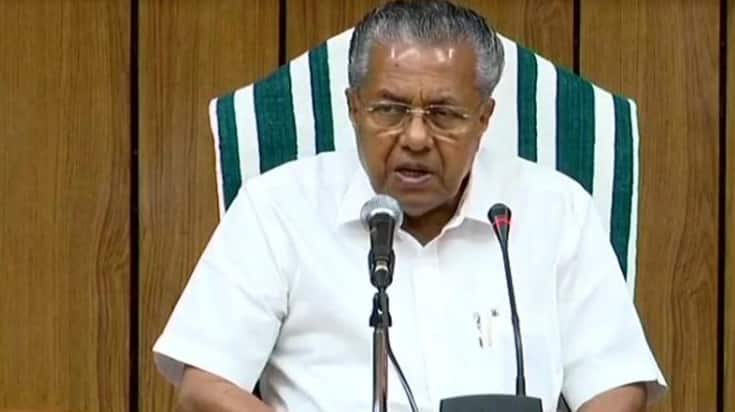 Thiruvananthapuram: Kerala Chief Minister Pinarayi Vijayan has announced monetary relief of Rs 5,000 per month to BPL dependent families of those who died due to COVID-19, in addition to the financial assistance they are already receiving.

Issuing a release Wednesday, the Chief Minister said the decision was taken in a Cabinet meeting, where it was also decided that the additional relief would be made available only to BPL dependents of the deceased, adding that this relief would also be provided to BPL families of those who might die due to COVID-19 in the coming days.

Vijayan further said that this additional relief would not make such families ineligible to receive other relief packages under social welfare, welfare funds or pensions, adding that families settled here of those who died outside the state or country would also be eligible for the benefit and while including them in BPL category, the income of the deceased would not be taken into account.

“If there is a government employee or income tax payer in such families, then they would be ineligible for the new relief package and village officers have been directed to ensure such persons are not there when deciding the applications seeking the additional assistance,” the CM’s statement said.

The dependents were asked to submit the applications in a simple one-page form, for which the District Collectors and Revenue authorities concerned have been tasked to take the necessary steps.

The Kerala CM further said that applicants should not be called to the office to decide their requests and the benefit must be paid within a maximum of 30 working days from receipt of the application.

According to the release, the relief package of Rs 5,000 per month will be paid as a direct benefit transfer from the first month of payment till the next three years and the funds for the same would be taken from the Chief Minister’s Disaster Relief Fund till the required amount is allocated in the budget.

Notably, India on Thursday logged 18,987 fresh coronavirus cases, taking the infection tally to 3,40,20,730, while the national Covid recovery rate increased to 98.07 per cent.

According to the Union Health Ministry’s data at 8 am, the death toll climbed to 4,51,435 with 246 fresh fatalities. It further added that the daily rise in new coronavirus infections has been below 30,000 for 20 straight days and less than 50,000 daily new cases have been reported for 109 consecutive days now.