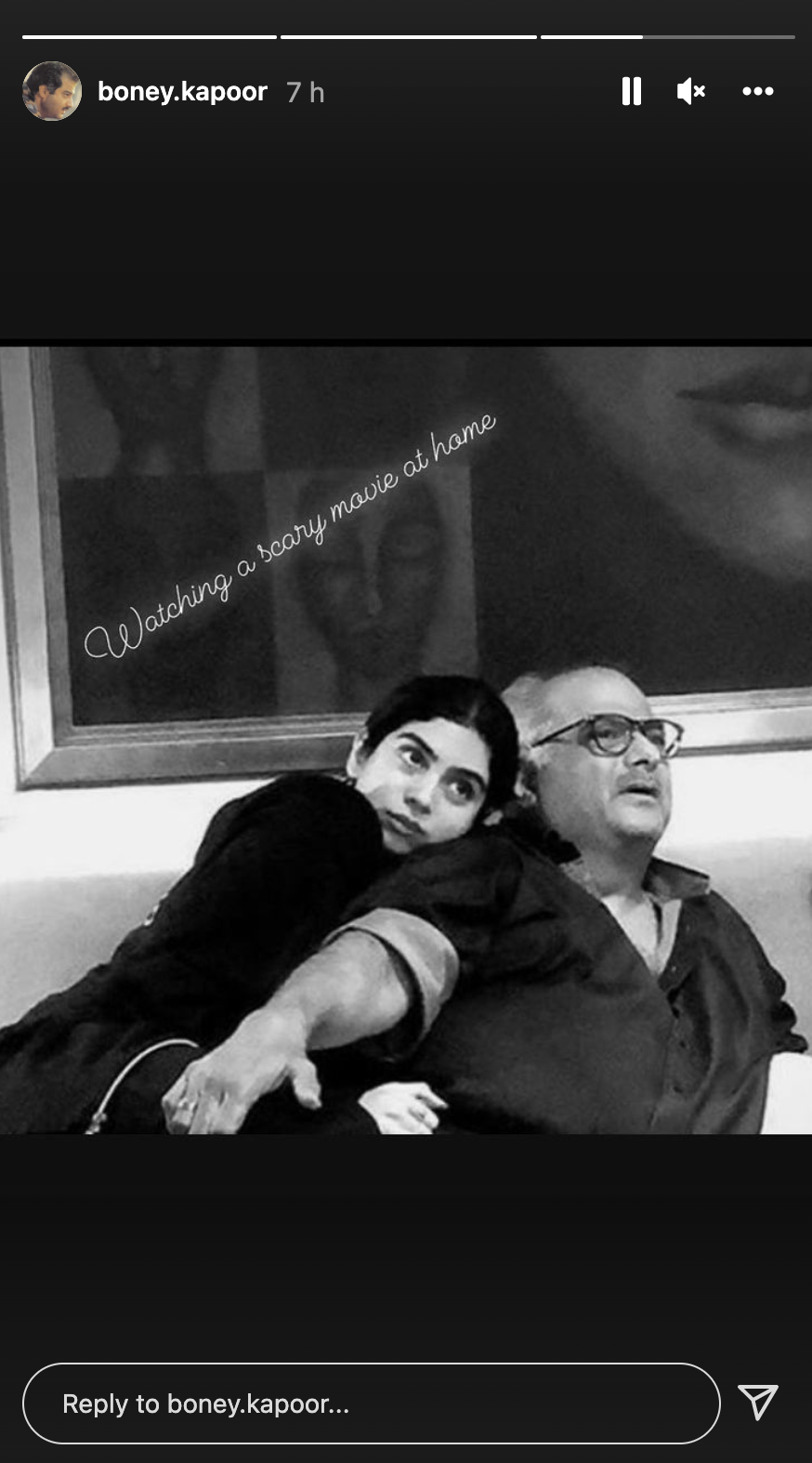 Looks like Boney Kapoor is spending some quality time with his younger daughter Khushi Kapoor at home. Having said that, the producer recently shared a happy picture of him along with his daughter watching a horror movie. Have a look :

The black and white picture shared by Boney featured Khushi leaning on to her father, as he holds her close while they watch. Both seem to be completely immersed in the film as they watch with utmost concentration from their couch. Sharing the picture he wrote, ‘Watching a horror movie at home.’

Meanwhile, on the work front, Khushi is most likely to be launched this year according to a source. She had completed a year of preparation in acting in New York in 2019 and had been wanting to join Lee Strasberg Theatre & Film Institute. Janhvi too studied in that institute. The source also stated that ‘Khushi would have probably finished that course if COVID hadn’t struck, but the slow past one year hasn’t deterred her ambitions. So currently, she’s exploring what best she can avail of. Earlier, Janhvi had accompanied her to the U.S.A to help her make the best decision.

Remo mourns the death of his brother-in-law

Did Kartik meet producer over ‘Ala Vaikunthapurramuloo’ release?