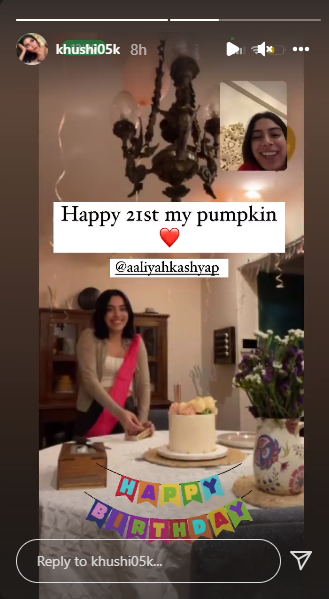 Khushi Kapoor and Anurag Kashyap‘s daughter Aaliyah Kashyap share a close bond. We often get to see photos of the starkids hanging out together in the city. Aaliyah turned a year older today and her bestie Khushi was a part of the midnight celebration virtually.
Boney Kapoor and late Sridevi’s daughter Khushi shared a picture Aaliyah posing in front of a large white cake with flowers on it. The girls connected over a video call. She captioned it as, “Happy birthday, my pumpkin”. She also added a ‘happy birthday’ sticker.

Birthday girl Aaliyah took to her Instagram stories to share a photo of herself.
Take a look: 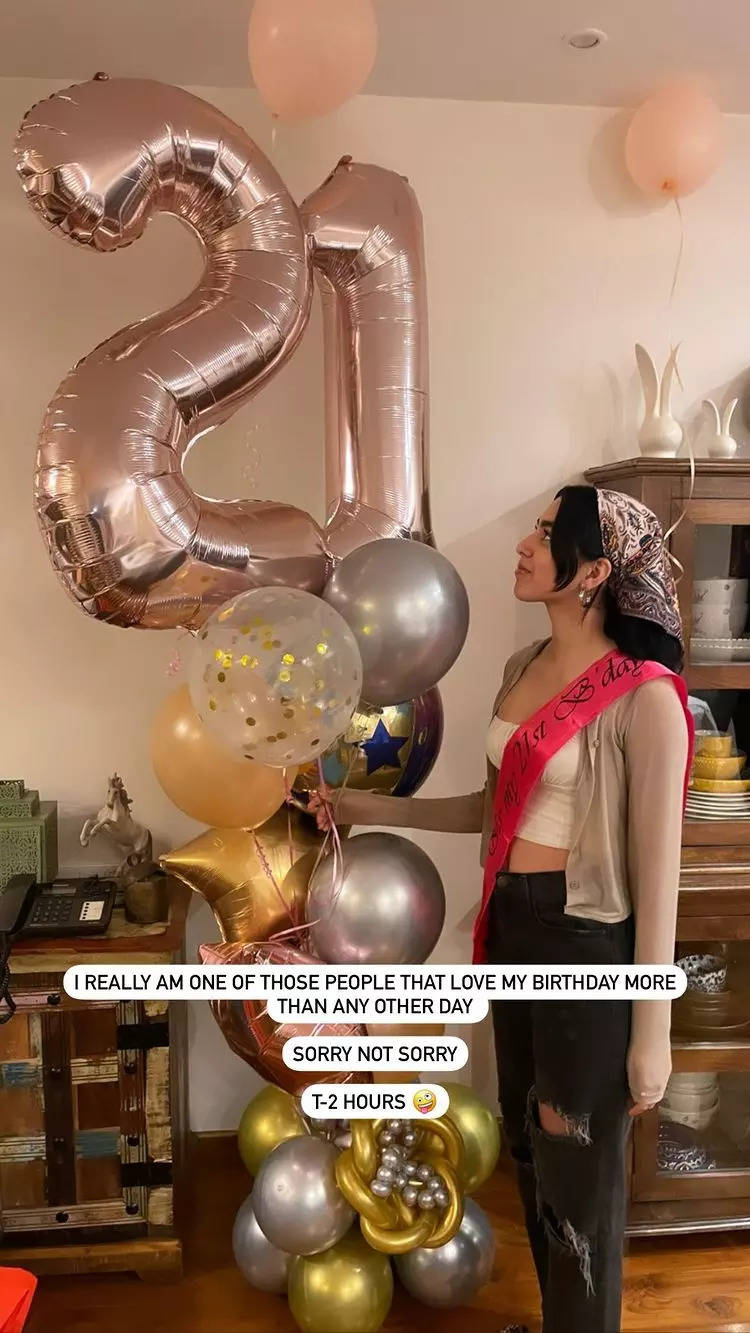 Meanwhile, Khushi did an acting course in New York and has all plans of entering Bollywood. Speaking about her debut, Boney Kapoor had told Bombay Times, “I have the resources, but I would rather have someone else launch her because I am her father and one tends to get indulgent. You can’t afford to do that as a filmmaker and nor is it good for the actor.”

Aaliyah Kashyap is quite popular on social media, especially ever since she started her career as an influencer and opened her YouTube channel.