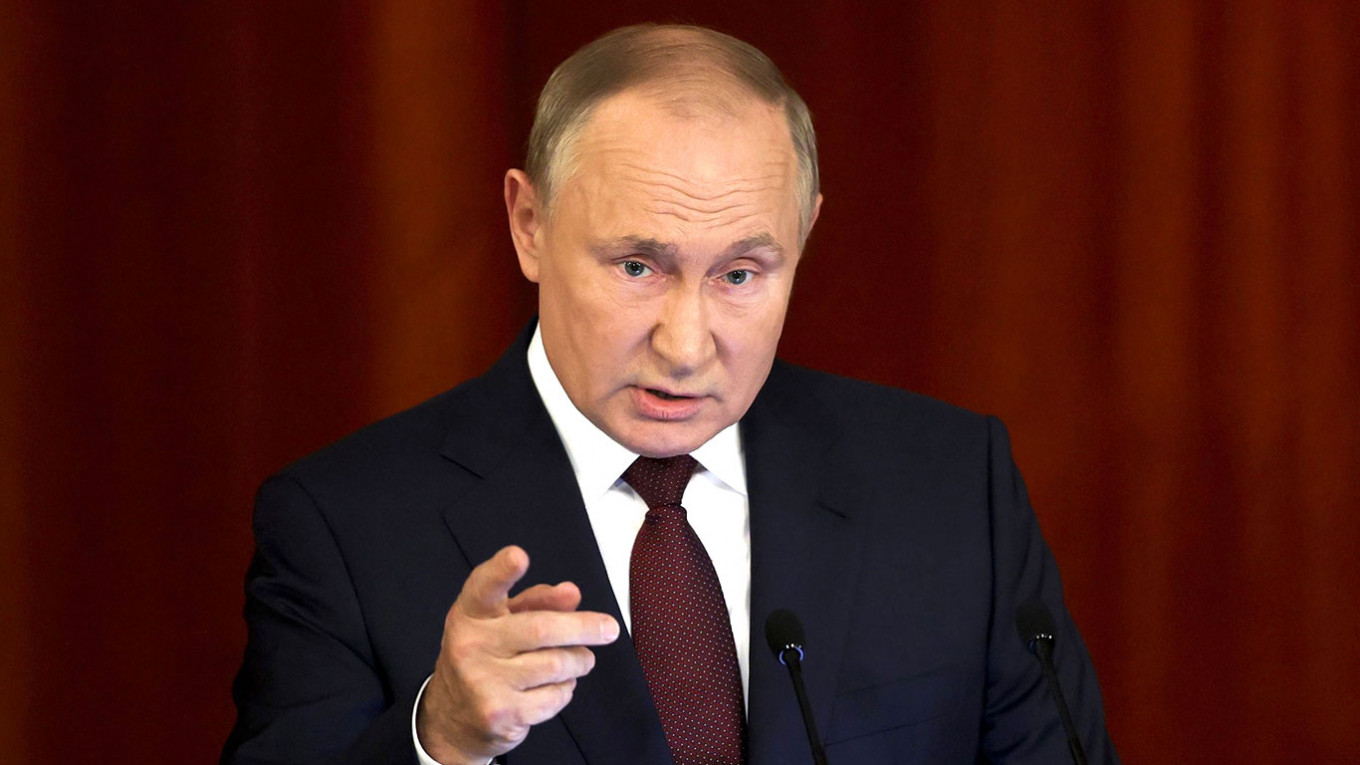 The Kremlin slammed Friday a proposal by the U.S. Congress not to recognize Vladimir Putin’s presidency beyond 2024.

Congressmen Steve Cohen and Joe Wilson introduced a resolution Thursday to end the recognition of Putin as Russian president “if the autocrat remains in power” after his current term. Constitutional amendments passed last year grant Putin the ability to stay in power until 2036 by resetting his number of terms served.

“Any attempt by President of the Russian Federation Vladimir Putin to remain in office beyond the end of his current and final term on May 7, 2024, shall warrant nonrecognition on the part of the United States,” the resolution states.

“We consider this interference in our affairs and we’re convinced that only Russians can determine who and when should be president of Russia,” Interfax quoted Peskov as saying.

“Every time we think that nothing more ridiculous, aggressive, unfriendly and unconstructive can come from the other side of the ocean, and every time we are mistaken,” Peskov added.

In their proposed resolution, Cohen and Wilson called Russia’s 2020 constitutional plebiscite “the most manipulated vote” in the country’s modern history. It cited independent monitoring analysis which said 27 million votes — or 37% of all ballots cast — were fraudulent.

The resolution cited “widespread reports of organized voter coercion, multiple voting, ballot-stuffing, and violation of the secrecy of the ballot” in the summer 2020 plebiscite that saw the amended Constitution win 78% approval.

The resolution decried ballots being cast at “park benches, car trunks and shopping carts” during the unprecedented weeklong voting period imposed due to Covid-19.

The U.S. Congressional resolution also slammed the lack of airtime, banned rallies and blocked websites for the constitutional amendments’ critics.

If approved, Cohen and Wilson’s resolution is not required to be presented to U.S. President Joe Biden for action.

If re-elected under the new Constitution, Putin would surpass Josef Stalin as the longest-serving Russian leader since Peter the Great.

Putin has previously said he hasn’t yet decided whether to run for president again, noting that 2024 is still far off.

Ukraine Commanders Say a Russian Invasion Would Overwhelm Them

Judge orders 11yo girl to be vaccinated despite father’s objections