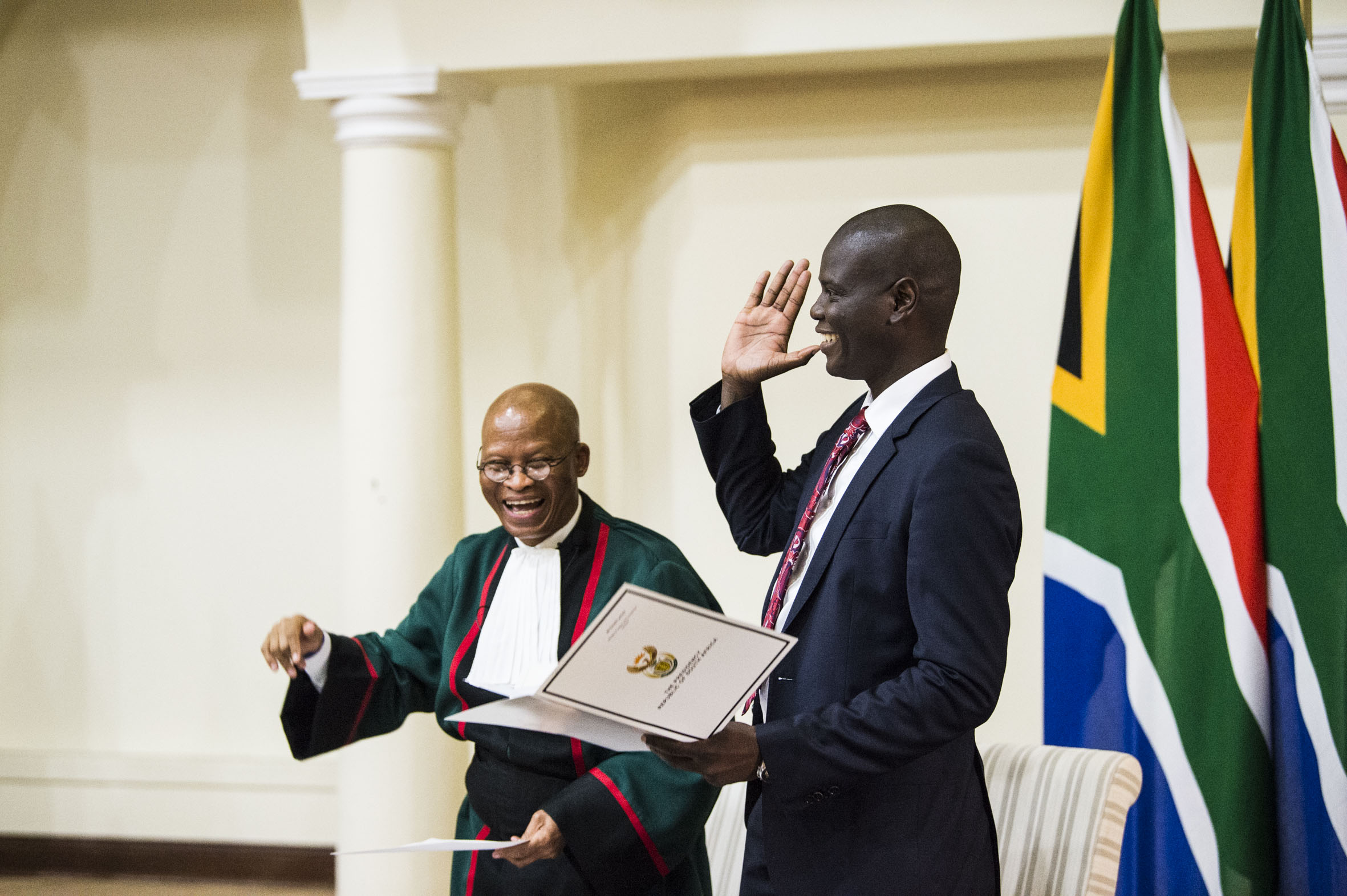 Lamola, 38, the minister of justice and correctional services and a staunch ally of ANC president Cyril Ramaphosa, has been touted as a possible contender for the position with some calling for him to replace the minerals and energy minister, Gwede Mantashe, as chairperson of the party.

In an interview with the Mail & Guardian at the party’s 110th birthday celebration, Lamola said he would respond to the question at the right time.

Lamola’s pitch comes as lobbying kicks off in the ANC to elect the next party leadership.

Limpopo ANC regions have come out in full support of Ramaphosa. The first salvo was fired by the Sekhukhune region, which publicly endorsed him.

The South African Communist Party has also thrown its weight behind Ramaphosa.

Speaking shortly before the event started in the Limpopo capital, Polokwane, SACP deputy general secretary Solly Mapaila said Ramaphosa was the ideal man for the job, although the party had not formally discussed the leadership battle.

Bheki Cele, an NEC member and the police minister, said he was fully behind Ramaphosa. “I don’t have any alternative for the president … I have nothing that can tell me I can even think of changing. If you came to me yesterday, you come with me tomorrow and ask who is my president, that will be Matamela Cyril Ramaphosa,” Cele said.

Although factions in the regions and provinces have largely shared the sentiment that Ramaphosa should receive a second term, his traditional allies have been dealt blows at recent regional conferences.

Madikizela, who first supported former health minister Zweli Mkhize for ANC president at the 2017 Nasrec elective conference, was part of the Eastern Cape faction that was instrumental in Ramaphosa’s ascendance to the top job when Mkhize withdrew from the race.

Sources close to Madikizela previously told the Mail & Guardian that Ramaphosa would be the faction’s preferred candidate this year.

Although Ramaphosa has avoided speculation over his availability for a second term, his deputy, David Mabuza, has already indicated that he is up for the job.

Cycads are being ‘loved to death’ in South Africa