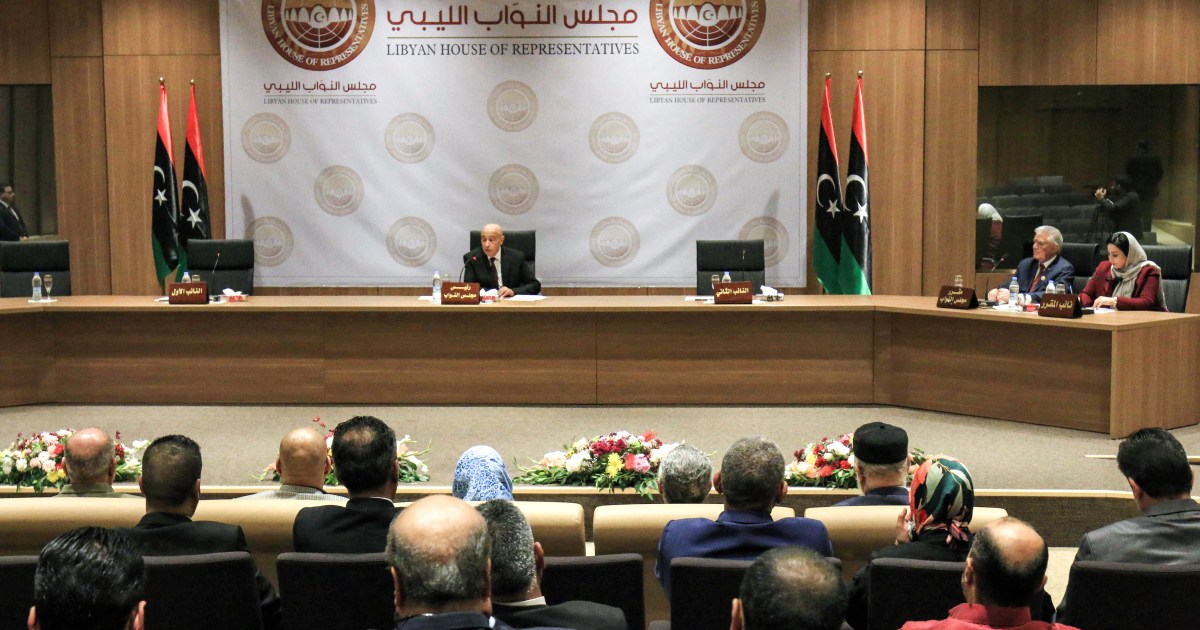 Parliamentary spokesman says presidential poll in December is the priority, as legislative ballot postponed by 30 days.

Libya’s legislative elections have been postponed until January, the country’s eastern-based parliament has said, instead of being held on December 24 as planned.

“The election for members of the House of Representatives will take place 30 days after the presidential vote,” still scheduled for December 24, parliamentary spokesman Abdullah Bliheg told a news conference on Tuesday.

Elections are supposed to help unify the country after years of conflict and division, but disputes about their legal and constitutional basis have laid bare the extent of the split between the country’s east and west.

The House of Representatives, based in the eastern city of Tobruk, has been in disagreement about electoral laws with a rival body, the equivalent of Libya’s senate, in the western city of Tripoli.

Bliheg said holding the presidential poll was the priority, leading to the move to delay the legislative ballot.

“In recent years the country has not been able to stabilise itself through the parliamentary system,” he said.

“It was necessary to organise the presidential elections as soon as possible.”

Libya has endured a decade of conflict since the 2011 fall of longtime leader Muammar Gaddafi in a NATO-backed uprising, which unleashed a complex civil war that dragged in multiple foreign powers.

The Tripoli-based unity government of interim Prime Minister Abdulhamid Dbeibah took office in March with a mandate to lead the country to December elections.