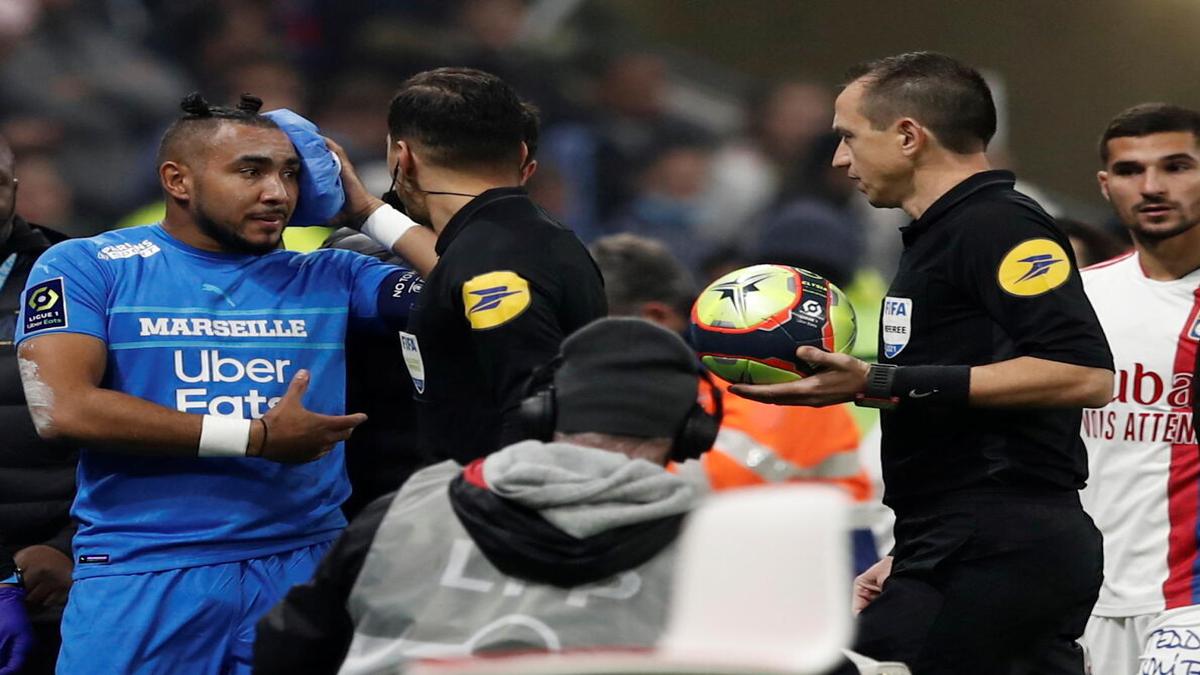 Lyon was on Monday ordered to play home games until at least December 8 behind closed doors after their Ligue 1 fixture against Marseille on the weekend was abandoned after Dimitri Payet was hit in the head by a bottle.

The Marseille captain required treatment after being struck on the side of the head as he prepared to take a corner for the visitors in the fifth minute of Sunday’s match at Lyon’s Parc OL stadium, prompting both teams to return to the changing rooms.

Payet, who did not train on Monday, has lodged a complaint with the Lyon public prosecutor investigating the incident, a Marseille club official told AFP.

“He was very scared and he’s fed up,” the official said.

The French professional football league (LFP) said that “in light of the serious incident that occurred during the match”, its disciplinary committee had opened an investigation and, as a precaution, ruled that all games at the Parc OL stadium be played behind closed doors until a ruling is made, which will not come before December 8.

It means there will be no fans for Lyon’s home Ligue 1 match against Reims, scheduled on December 1. Lyon is away to Montpellier and Bordeaux in Ligue 1 action on November 28 and December 5 respectively, with a trip to Denmark to take on Brondby in the Europa League on Thursday.

France’s Interior Minister Gerald Darmanin and Sports Minister Roxana Maracineanu will meet Tuesday with representatives from the LFP and the French football federation to see “what must be done”.

LFP chief Vincent Labrune, the former president of Marseille, said he was “shocked and furious”.

“It’s urgent to launch a big national consultation concerning violence in stadiums. This gangrene is going to kill us,” he said in an interview with French sports daily L’Equipe.

It is the latest incident in a Ligue 1 season that has been rocked by incidents involving spectators.

An individual was arrested and taken into custody after being identified by stadium security cameras following the Payet incident, police told AFP.

Lyon added that the 32-year-old male protagonist was neither a member of a fan club nor a season ticket holder.

Payet, who had been heckled by Lyon supporters while warming up before kick-off, was also hit by a bottle during a game at Nice in August.

Nice was docked a point after the incident with Marseille, which last week was ordered to play its next home game behind closed doors after trouble during last month’s clash with Paris Saint-Germain.

Payet had called for calm from supporters ahead of the match against PSG on October 24, but his appeal fell on deaf ears as both Neymar and Lionel Messi were targeted by projectiles.

“He’s the only player who’s put himself forward over this issue (of crowd trouble) and he did it on his own initiative,” said the Marseille club official.

The game between Nice and Marseille in August was halted with 15 minutes left and replayed in its entirety two months later on neutral ground in Troyes and without fans.

“I don’t imagine we won’t replay the match,” said Lyon president Jean-Michel Aulas, calling demands for the club to face a point deduction as being in “bad faith”.