In the pictures, Manoj, Pankaj and Vineet are seen striking a casual pose for the camera. Manoj captioned the lovely photos, ‘An evening with my old time senior &friend @VineetK00989283 and our dear @TripathiiPankaj at the latter’s (Pankaj’s) place for fish & rice !! What great hosts Pankaj and Mridula are !! फिर जल्दी मिलना होगा मीट भात के लिए !!’
Manoj recently received a warm welcome at a five star hotel in Kochi where he has flown currently to shoot for his next film with Abhishek Chaubey. The actor will be there for about two months.

Check out his pictures here: 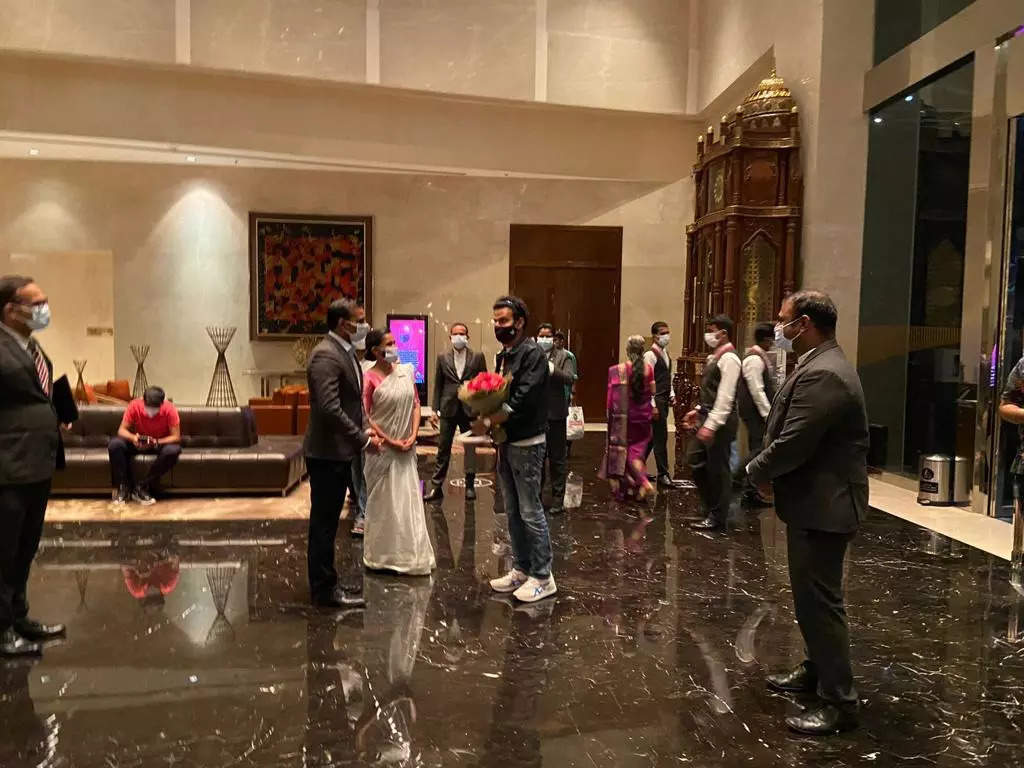 On Kapil Sharma’s chat show, Pankaj had once opened up about his love and admiration for Manoj Bajpayee. He recalled when Manoj Bajpayee had come to Patna for a shoot, he was staying in a hotel. Pankaj, who used to do theatres back then, came to know about it. He informed the kitchen staff that whenever Manoj orders anything from his room, he will be the one to take it.

Pankaj added that he met the actor, shared his greetings, touched his feet and left the room. Next day he checked out and left for the airport. But he left a hawai chappal behind. When the housekeeping supervisor informed that Manoj had left back his chappals, Pankaj told him not to submit it and give it to him so that he can keep it as a souvenir.

On the work front, Pankaj was last seen in Laxman Utekar’s ‘Mimi’ co-starring Kriti Sanon and Sai Tamhankar in lead roles. The movie received positive reviews from the audience and the critics alike.

Next, he will be seen in Kabir Khan’s ‘’83’ starring Ranveer Singh and others. He also has films like, ‘Bachchan Pandey’ and ‘Oh My God 2’.

Kabir Bedi: Within myself, I am still 25