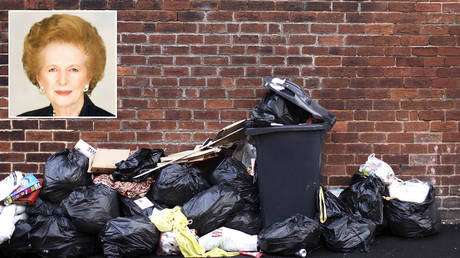 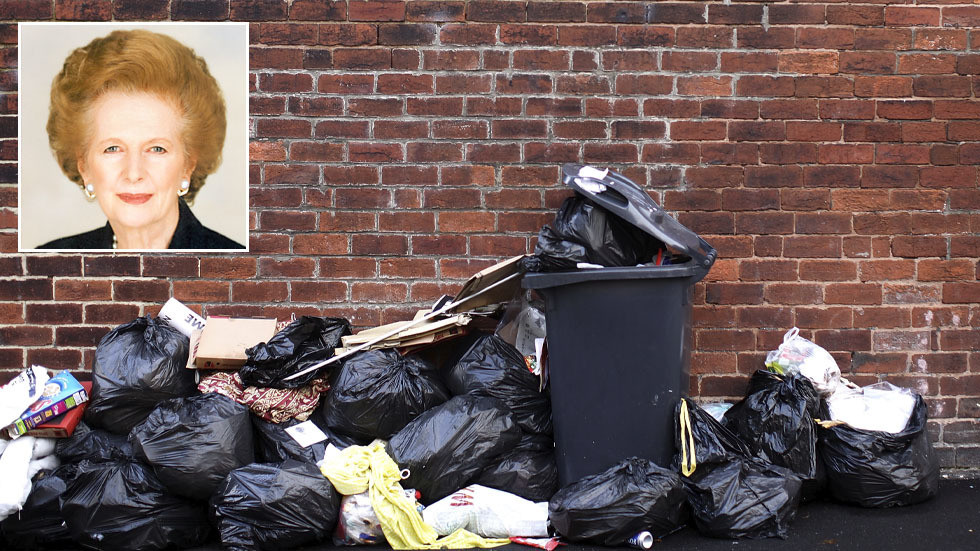 A Scottish National Party (SNP) politician has been labelled “completely delusional” after claiming Margaret Thatcher was responsible for the city’s rubbish and rat problem. Glasgow is about to host the COP26 climate summit.

During a parliamentary committee session on Monday to assess Glasgow’s preparedness for the UN conference, the city’s SNP council leader, Susan Aitken, insisted the former British prime minister – who left office more than 30 years ago and died in 2013 – was responsible for the “historic challenges” facing the city. Known as the ‘Iron Lady’, Thatcher launched sweeping economic reforms, including deregulation, the privatisation of state-owned companies and a scale-back of trade union influence.

Aitken had downplayed concerns raised by Westminster’s Scottish Affairs Committee over the “filthy” state of the city and claimed “all cities have rats”. Insisting it was “entirely gratuitous” to suggest Glasgow was strewn with litter and infested with vermin, she told MPs that, over the years, there had been “one, possibly two” occasions when refuse workers had been hospitalised after “small incidents” involving “very minor contact” with rats.

“All cities have rats.. the Thatcher government walked away and abandoned and left in neglect communities right across this city..’Now that’s funny.🐀Blaming Mrs Thatcher for Glasgow’s rats.🐀🐀She’d have had such a fine and pithy riposte.🐀 https://t.co/e8NDVNpsDX

Defending her previous comments about the city needing only a “spruce-up”, Aitken said the problems facing Glasgow had “been around for many, many years” and added that she was not embarrassed by the city’s current appearance.

Much of [the challenges are] a legacy of our post-industrial past when the Thatcher government walked away and abandoned Glasgow and left in neglect communities right across this city.

Later, Aitken repeated her allegation from last week that the Scottish capital, Edinburgh, was actually dirtier than Glasgow, despite the remark having caused a row between the two cities. She also claimed to have a “phone full of pictures of rubbish” from a recent visit to London.

Regarding the COP26 summit, which begins on Sunday and will see 120 world leaders descend on Glasgow, Aitken said it was ready to host the conference, albeit with “caveats”. She noted that the residual issues were “mainly technical”, and not “enough to cause panic”.

However, Scottish Tory MP for Glasgow Sandesh Gulhane said Aitken needed to “stop the excuses” and “urgently produce some solutions”. He described her comments about the legacy of Thatcherism as “completely delusional”.

Many social media users agreed with that assessment, with one person tweeting that Aitken’s Thatcher comment “sums up all that’s wrong with Scotland”. Other commenters said the SNP-controlled city council needed to “take ownership of the decline of Glasgow’s image and cleanliness in the last decade.”

I was in Glasgow at the weekend. I’m sure I saw the ghost of Margaret Thatcher gleefully skipping along the pavement dispensing rubbish around like confetti, laughing manically with her handbag trailing in her wake.

A number of people mocked the comments linking the purported rat infestation to the Thatcher era, joking that, if that were the case, the critters had a “longer lifespan than the locals”.

City council communications head Colin Edgar defended the city’s record, opining that Glasgow was not the “dirtiest city in the world or in the UK or even in Scotland” and countering allegations that the city was “dirtier than it ever has been”.

Some Scottish commenters agreed with this view, with one claiming it had looked “far, far worse” before and dismissing the rumpus over Aitken’s remarks as a “Tory distraction”. Others said rubbish and rats were a “UK-wide problem” that was “only being highlighted” at this point to “[smear] the SNP’s leadership” ahead of the summit.

Aitken’s comments about Thatcherism were defended by several people, who noted that the former PM’s policies of “starving local authorities of funding” had had “long-term consequences”.

‘Sir, f**k you’: Ridley Scott lashes out at Russian critic