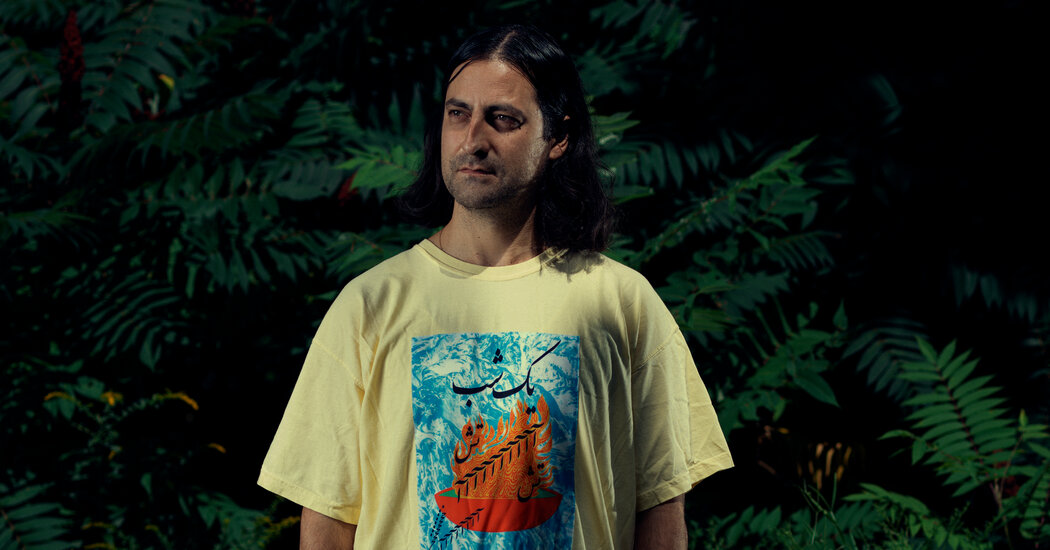 Brandon Valdivia’s “Momento Presente” is like a summons. On the arresting track from his September album, “Máscaras,” an offbeat, not-quite-footwork rhythm thumps under the swirls of a tin whistle. A bell chimes, and before long, the godlike voice of an elder intones a call to action. “Right now, the oppressors and the oppressed are being separated,” it reflects in Spanish. “We’re not going to wait 2,000 years for the good ones to be on one side and the bad ones to be on another. We are living in that moment now.”

That sense of quiet urgency suffuses “Máscaras” (“Masks”), his first album since the 2017 LP “Nikan.” At times, the project makes direct references to revolutions in Nicaragua, his homeland. (The sample in “Momento Presente” is lifted from a gathering of guerrillas in the late 1970s led by the liberation theologist Ernesto Cardenal.) But “Máscaras” doesn’t just rely on explicit allusions to power. It also considers the small rebellions embedded in immersive moments of stillness.

Valdivia said the album’s title describes the masks used in political marches and Indigenous ceremonies, but also his own compositional practice. “Instruments are hiding themselves within the cloud of textures,” he explained. The album’s songs are like impressionistic sketches, trading focal points for cool fluidity. The quena and bansuri flutes hover over drum loops. Clatters of claves or maracas evanesce into waves of crisp synths and off-kilter electronic beats, shape-shifting into sweet flurries of harmony.

Valdivia grew up in Chatham, a small Canadian town about an hour’s drive from Detroit. His was one of the first Latino families to arrive, and he often longed for comrades in music, community and art.

In Nicaragua, his father was a longhaired hippie who listened to Black Sabbath and cumbia, smoked marijuana and dropped acid. Valdivia fell in love with music at age 12 and learned to play the recorder, then eventually the drums. He watched MuchMusic (the MTV of Canada) and listened to Detroit public radio. He read French poetry and ordered a copy of John Coltrane’s “A Love Supreme” at the local record store. It took a comically long six months to arrive.

“I knew I was a weirdo,” he said of the conservative world that surrounded him. “I wanted to get out as fast as I could.”

He did escape to college, studying composition at Wilfrid Laurier University in Ontario, where he found “people who were creative, who were interested in pushing the envelope,” he said. “Like, weirdos. I use that word a lot.”

In the years that followed, Valdivia became a well-respected multi-instrumentalist and percussionist in Toronto’s experimental and art-rock scene, playing in groups like Not the Wind, Not the Flag and I Have Eaten the City. He has also collaborated extensively with his partner, the Grammy-nominated, genre-crushing artist Lido Pimienta, who is featured on “Máscaras.” In his early 20s, he traveled to Nicaragua, where he visited family in Managua, Esteli and his grandmother’s hometown Masaya — and studied the country’s folkloric music traditions. After he returned to Canada, he decided to start a solo project inspired in part by his frustration with the Toronto arts scene.

“Nobody was talking politics. Everyone was basically making weird nihilistic experimental music,” he said. Mas Aya draws its name from his grandmother’s home as well as the Spanish phrase “el más allá,” meaning “the beyond.”

Valdivia described his practice as “harmelodic,” a term he borrowed from the jazz musician Ornette Coleman. “This type of music where melody, harmony and rhythm are all at the service of each other,” he explained. It’s a vision that captures Valdivia’s actual musical approach, but it also evokes the spiritual tones of the album as a whole.

On the track “Quiescence,” Valdivia uses the mbira dzavadzimu (a type of thumb piano) as percussion, even though it is an instrument typically plucked on metal keys. Over feather-light flutes and shimmering synths, the sound of mallets hitting the mbira melt into a peaceful liquid ripple. On “18 de Abril,” he samples audio from a protester at a 2018 university demonstration in Nicaragua, connecting present-day resistance efforts to movements of decades past, and presenting political struggle as a continuum. The result moves beyond mere fusion or ancestral homage. It articulates prismatic, poetic language, demonstrating that political expression isn’t always obvious. It can arrive in moments of hushed contemplation and connection, too.

BTS Took Center Stage at the U.N. Over One Million Fans Watched Live.