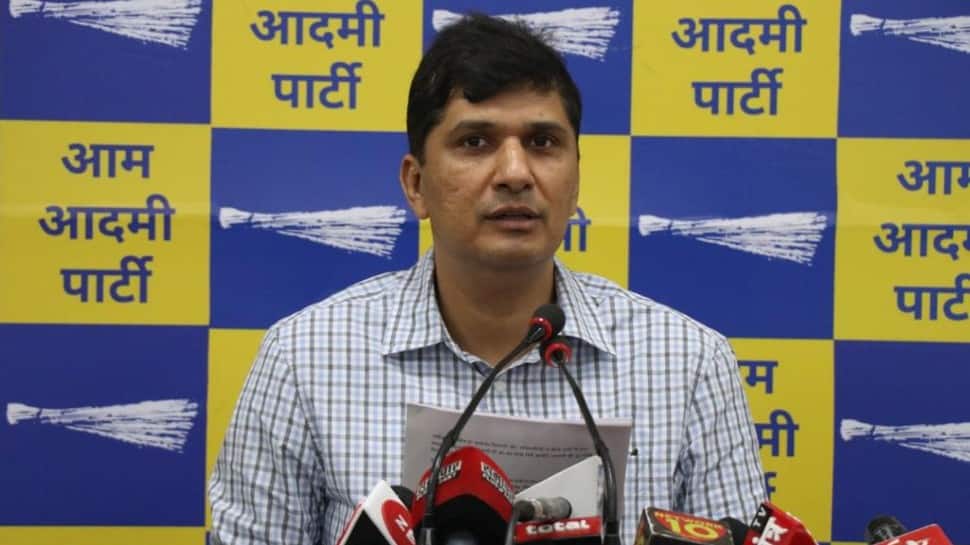 New Delhi: The Aam Aadmi Party has alleged that BJP-ruled MCD has not fulfilled the promises made to the sanitation workers due to which there is a possibility of strike again in Delhi.

AAP spokesperson Saurabh Bhardwaj said that the BJP did not take any steps for regularisation of sanitation workers, providing cashless medical cards. He said that the reason behind the poor sanitation of Delhi is the fact that for 15 years, not a single temporary or permanent sanitation worker was recruited by the MCD. He further said that retired employees have not been given retirement benefits including PF even after two years.

“It is very important for us to know that the condition of sanitation in Delhi is drastically bad because for the last 15-20 years, not a single Safai Karamchari has been hired. Neither for temporary posts, nor for permanent ones. Hirings have only been done on compassionate grounds.  This means in the cases of the death of a worker have hirings been made to support their family. They have made this promise of regularisation of workers before every election and during every strike, but they still have not delivered on it. This was only a hollow promise. The Safai Karamcharis met with the North MCD Mayor who again made the same promise to them, he added.

Bhardwaj further said, “I am earnestly informing everyone that the chances of a major strike in Delhi are rising rapidly. All of this is taking place because the BJP-ruled MCD has not taken a single step which will make the job of the Safai Karamcharis easier. Apart from this, it was said that cards will be issued to the Safai Karamcharis for a cashless medical facility,  that too has not been delivered upon. What is more surprising is that if the pensioners who have been given the card go to the hospital with the card, then they refuse to consider it at the hospitals because MCD has not paid the dues of private hospitals for many years now. The cashless card is just a plastic card for retired employees. PF and other retirement benefits were not given to the retiring employees as well. They are being forced to get in long queues. Retired employees have not received post-retirement dues even after two years.”

“When the BJP is asked why there is such a shortage of sanitation workers, they cover up the matter to hide their shortcomings. The number of sanitation workers is already very low in Delhi. A large part of the MCD workers are working for BJP leaders and MCD officials. They bring them vegetables. Wash utensils in their offices and take care of their premises. Because of this attitude of the BJP, Delhi remains dirty till this day,” Bhardwaj said.