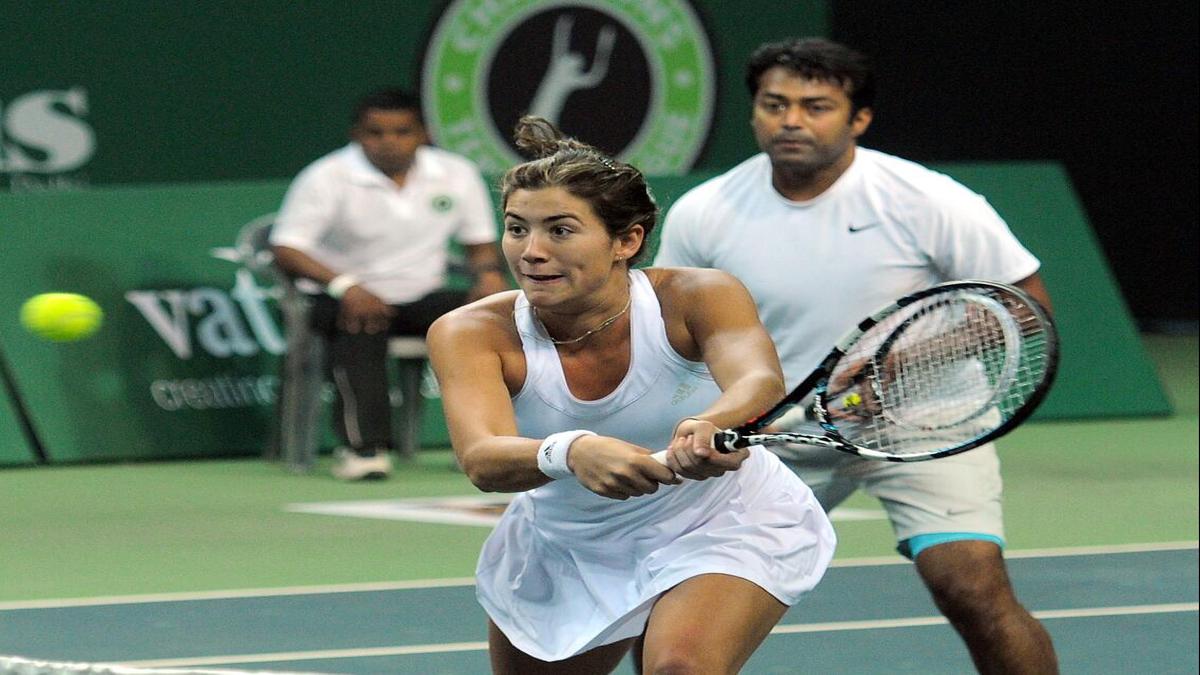 Garbine Muguruza’s trip to Mexico started last week with a taste of tequila. After winning the WTA Finals on Wednesday, it was to end the same way.

Muguruza beat Anett Kontaveit 6-3, 7-5 in the final for her first title at the WTA’s elite, season-ending championships.

She became the oldest champion at 28 since Serena Williams in 2014, and finishes the season at No. 3 in the rankings, her best performance since 2017, when she was No. 1.

Before the tournament, Muguruza took a 37-mile (60-kilometer) ride to Tequila, a small town outside of Guadalajara where the popular spirit is produced.

“I went to the town, did a tasting. I need to do this before because when I win …” Muguruza said. “We’re (now) going to have some tequila, have fun, lose all the tension we’ve been having and holding. I th ink the whole team deserves it.”

Muguruza became the first Spaniard to win the WTA Finals. The first person she celebrated with was coach Conchita Martinez.

The new champion won back-to-back titles in Monterrey in northern Mexico in 2018 and 2019, and her past successes drove her to qualify for the WTA Finals.

“The whole year with my team I was saying to them, ‘It’s in Mexico, we have to make it, c’mon.’ It was my biggest motivation,” Muguruza said.


All week, she was backed by the locals at Estadio Akron, and reciprocated by wearing a Mexico football jersey for her last two matches.

“My manager, Oliver, he was like, ‘You know what, for the first time Garbine, you’re really using the crowd, really getting that energy and using it on the court. You should do that more often,” Muguruza said.

“A big lesson to me is I should get the energy from the environment. I’m very supported here in Mexico. I don’t know if it will be everywhere, but I used it this week for sure.”

Kontaveit will finish the year at No. 7. The Estonian qualified last for the WTA Finals by winning 29 of 32 matches, including four titles in 10 weeks.

She was broken only four times going into the final, but lost her serve five times to Muguruza.

The Spaniard made three breaks in the first set. Kontaveit played better in the second and got a break in the ninth game, but Muguruza broke her next two serves to win it.

Krejcikova and Siniakova won at Roland Garros, Madrid, and the Tokyo Olympics.

“We needed to stay aggressive, and we did it,” said Siniakova, who finished the season No. 1 in the doubles rankings.

The WTA Finals were played in Guadalajara for this year only, with the event scheduled to return in 2022 to Shenzhen, China.