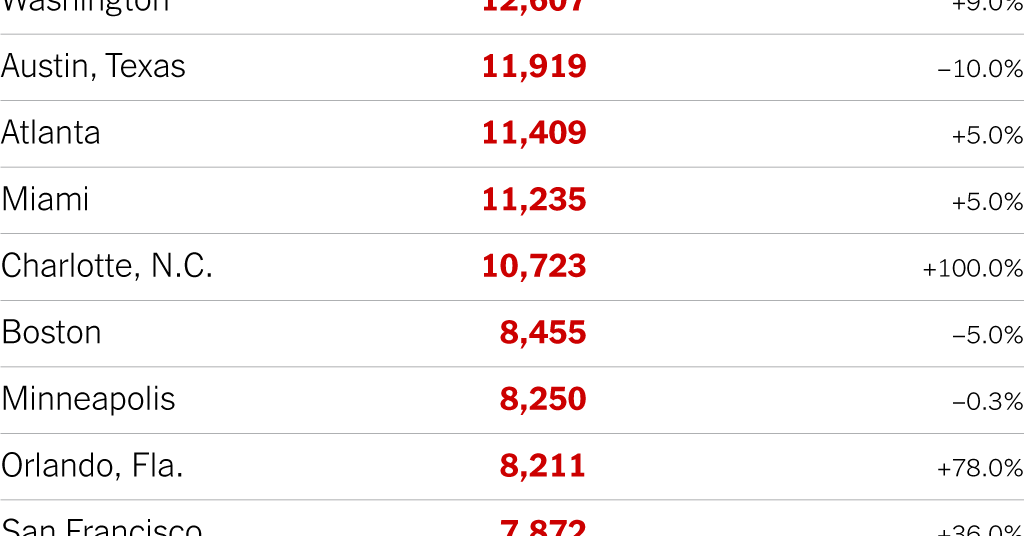 The problems that have challenged home buyers during the pandemic have been well documented, with skyrocketing prices, low inventory and bidding wars topping the list. New home construction has also faced difficulties, with the closure of government agencies that issued permits and interruptions in the supply chain of construction materials (lumber in particular).

But there is good news for renters in 2021, despite the pandemic: Construction of rental properties has remained at nearly the same pace as in the previous four energetic years of apartment building, according to a new report from RentCafé. In 2021, for the fifth consecutive year, more than 330,000 new rental units are expected to open across the country, down just 2.5 percent from 2020.

This week’s chart shows the 20 metropolitan areas with the most new units projected to open in 2021, and how that number has changed since 2020. RentCafé analyzed construction of rental buildings nationally and included only those with more than 50 units. Metros with fewer than 300 units in total, or fewer than two rental buildings, were also not included, leaving 109 metro areas to compete.

New development in the Dallas metro area has been on the upswing in recent years, and that area landed at the top of the list, with 21,173 new rental units expected to open this year (although the number represents a 13 percent decrease compared to 2020). The New York metro area was second, with 19,375 units set to open, an 11 percent gain over the previous year. (It should be noted that the New York figures do not include building data from the Bronx and Staten Island.)

Only six metro areas, including the aforementioned Dallas, are expected to see fewer new apartments than they did in 2020. Denver’s new unit count dropped the most over the previous year among the top 20 metros, down 46 percent, with 5,581 units expected to open.