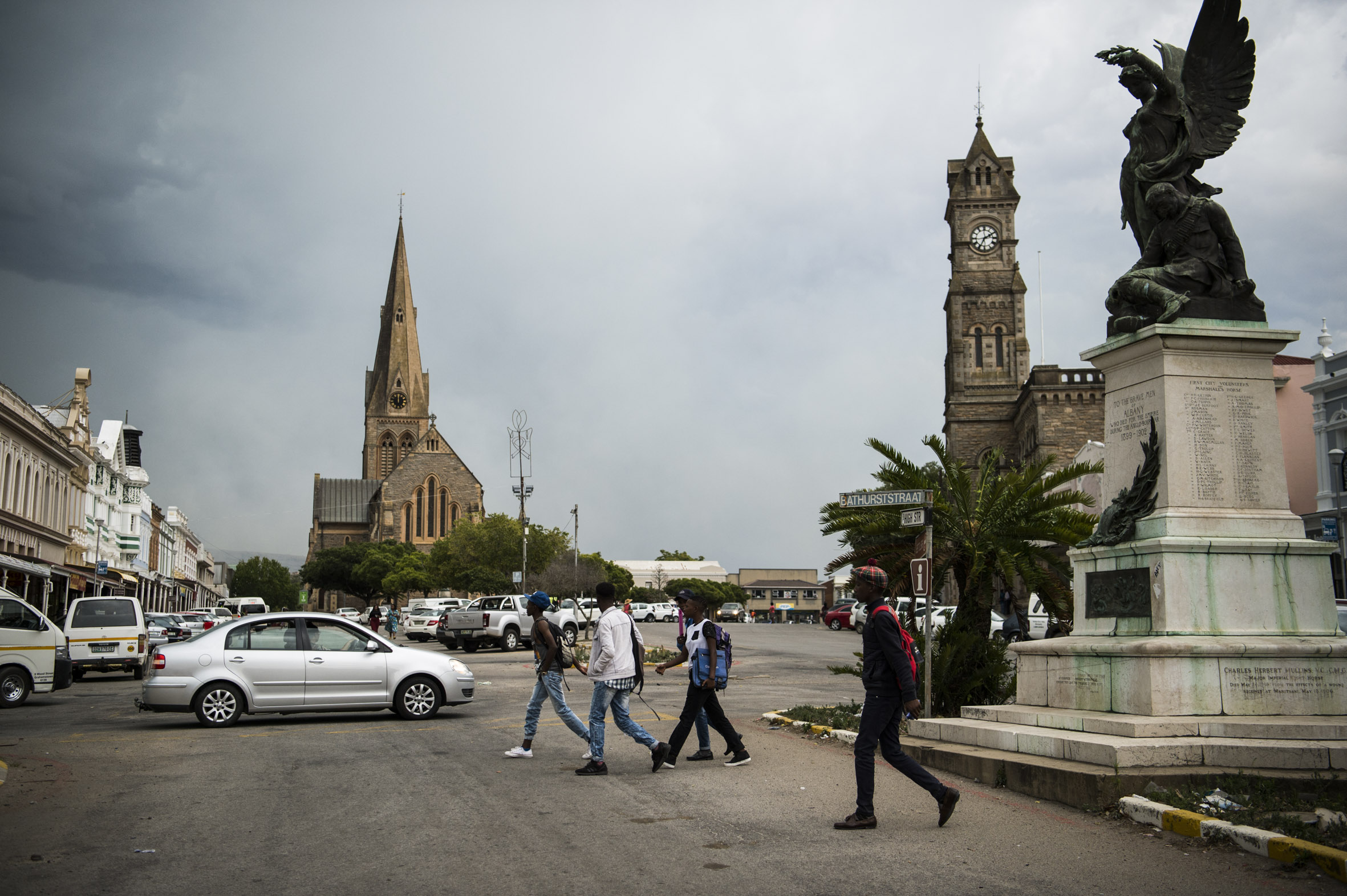 Makhanda, formerly Grahamstown, is the site of a political experiment.

In May this year, the city was shut down by a service delivery protest supported by a variety of constituencies including the Unemployed People Movement and taxi associations, united in their disgust at the decline of basic services.

A delegation from Bhisho headed by three MECs showed up in response to the demand for the Eastern Cape premier to address the protest. But, rather than address the protest, the delegation met at the 1820 Settlers Monument, the anchor venue of the National Arts Festival, a place inaccessible to pedestrians from the township.

I went to the first meeting of this delegation, but left quickly when it was evident that most of the protest movement was excluded. After a break of two weeks, the protest resumed, culminating in a decision on 16 June at a square known ironically as Soccer City to launch a community movement to contest the elections.

There had been various moves to form such a movement and I decided to work towards building this new idea once it had taken shape.

What appealed to me was that it was a grassroots movement, strongly rooted in local struggles. Makana (the municipality, confusingly not spelt exactly the same way as Makhanda) has weak politics but strong civil society.

I have been part of many structures and campaigns since arriving here in 2011. The Makana Civil Society Coalition brought more than 50 organisations together in 2015. Makana Revive aims to fill gaps in service delivery such as repairing potholes. The Makana Unity League won a court order enforcing the bringing up to standard of the municipal landfill site in 2015 — though it took more than five years of threats of contempt orders before serious action happened.

In November 2018, the Unemployed People’s Movement, supported by members of the business community and the Grahamstown Residents Association, delivered a petition of 22 000 signatures to Bisho demanding the dissolution of the council and placing Makana under administration. This petition was never formally acknowledged; the only result was the replacement of the mayor.

The Unemployed People’s Movement took the issue to the high court and won a landmark case in 2020, requiring that the province dissolve the council and put it under administration. That case, currently awaiting appeal, will become moot with the 2021 municipal elections.

More recently, local organisations won a case against the municipality forcing a partial clean-up of illegal dump sites. As with the landfill case, the municipality did a token effort and enforcing the order is an ongoing project.

Despite all these wins, we continue to suffer the consequences of long-term neglect and poor management. We are lucky to get water every second day, there are numerous sewer leaks, most roads are heavily potholed and public spaces are full of trash. RDP houses are poorly built and house construction has stalled because of infrastructure problems. A major water plant upgrade that was supposed to be fast-tracked in 2019 is going nowhere.

So why a residents’ party?

Residents have lost faith in politics as usual. Politicians show up every five years and make promises, then disappear. The Makana Citizens Front aims to be different, and to offer a new kind of social contract. Unlike conventional parties that tend to see civil society as opposition, we see it as an ally. We are happy to talk to experts outside the movement as we see them as our people.

An example of positive civil society action is the development of a large number of kitchens supported by civil society, including the Unemployed People’s Movement, the Makana Residents Association and the local Red Cross branch. The deprivations of Covid-19 have done a lot to bring people together and to awaken the understanding that the government is not the only source of relief when times are hard.

How is the Makana Citizens Front different? Unlike a conventional party, we have local accountability. Candidates sign a code of conduct that gives the residents the right of recall. If 100 voters in a ward sign a well-motivated petition to remove their councillor, the Makana Citizens Front’s management committee will convene a disciplinary hearing and councillors who do not survive a fair process will be obliged to resign. Not with 22 000 signatures — 100 will do it. A solid case is needed, otherwise an opposing movement could maliciously attempt to remove a councillor.

The code of conduct allows Makana Citizens Front councillors considerable autonomy, only binding them to agree on votes that are essential to the running of the municipality, such as the budget.

The Makana Citizens Front has an overarching manifesto that covers all of Makana, but each councillor is encouraged to have their own positions on matters local to their ward.

Another key difference from other movements is the model of autonomous allies. The Unemployed People’s Movement, though a key movement behind the Makana Citizens Front’s founding, is not formally part of it and remains free to call the movement to order. This is in contrast to the kind of tight alliance that exists between the ANC and labour federation Cosatu.

Such tight alliances result in allies losing their autonomy and their focus on their own core goals. An example outside South Africa is how the Australian Labor Party and the British Labour Party have increasingly turned against the interests of their allied unions.

The Makana Citizens Front aims to capture the best of a party — the ability to enforce discipline where an elected representative does not perform ­— and independent councillors — the right to act autonomously in the best interests of their ward.

The aim is to bring democracy much closer to the people.

None of this is easy. The Makana Citizens Front is an extremely diverse coalition that has brought people together with different cultures, different work styles and different expectations. Yet there is an enthusiasm to make the project work that has broken through many difficulties. The Makana Citizens Front represents the full diversity of our society — and our ability to make the project work is a test of our ability to make our society work.

Makana Citizens Front brings to life the opening line of the Freedom Charter: “The people shall govern.” We do so without claiming to be the ANC — but it is a compelling demand and one that applies more in local government than anywhere else.

Philip Machanick is vice-chair of the MCF interim management committee as well as Ward 4 and #2 PR candidate in the Makana local election. Go to makana-citizens-front.org.za

And now for the good environment news with Conservation Optimism

Mkhize throws the book at the Special Investigating Unit