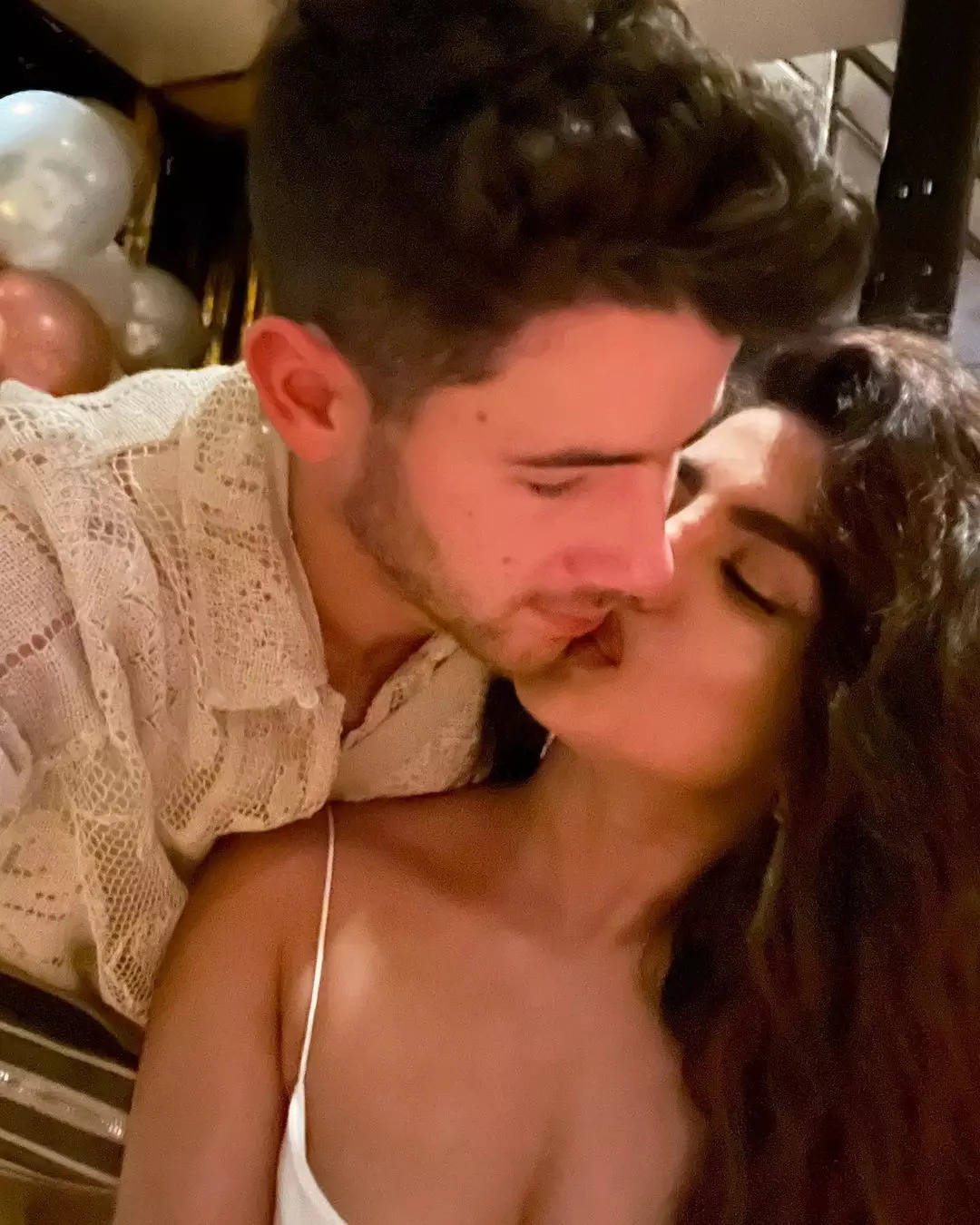 Priyanka Chopra and Nick Jonas welcomed 2022 in the most romantic fashion. While PeeCee is yet to drop pictures from their celebration, Nick ushered the New Year on social media with a mushy post. Sharing a kiss with his lady love, Nick had captioned their moment as ‘My forever New Years kiss’. Priyanka rocked a black slip dress for the New Year party while Nick sported beige shirt for the celebration.

Recently, this couple sparked separation rumours after Priyanka dropped the name ‘Jonas’ from her Instagram account. Reacting to the same, the actress had told BT, “I don’t know! I wanted the username to match my Twitter, I guess. I just find it really amusing that everything becomes such a huge deal to people! It’s social media, guys. Just chill out!”

Priyanka’s last big outing was Hollywood biggie ‘The Matrix Resurrections’. Speaking about making it big in the west, the actress had shared, “As South Asian actors, we definitely don’t have enough opportunities in Hollywood. We have to fight much harder to get lead parts or prominent roles in big commercial movies. It takes a lot of work. I have been working in Hollywood for almost 10 years, and just about now, I am finally doing the work that I was looking forward to.” In Bollywood, the actress will soon be seen in Farhan Akhtar’s ‘Jee Le Zaraa’ wherein she will share screen space with Katrina Kaif and Alia Bhatt.