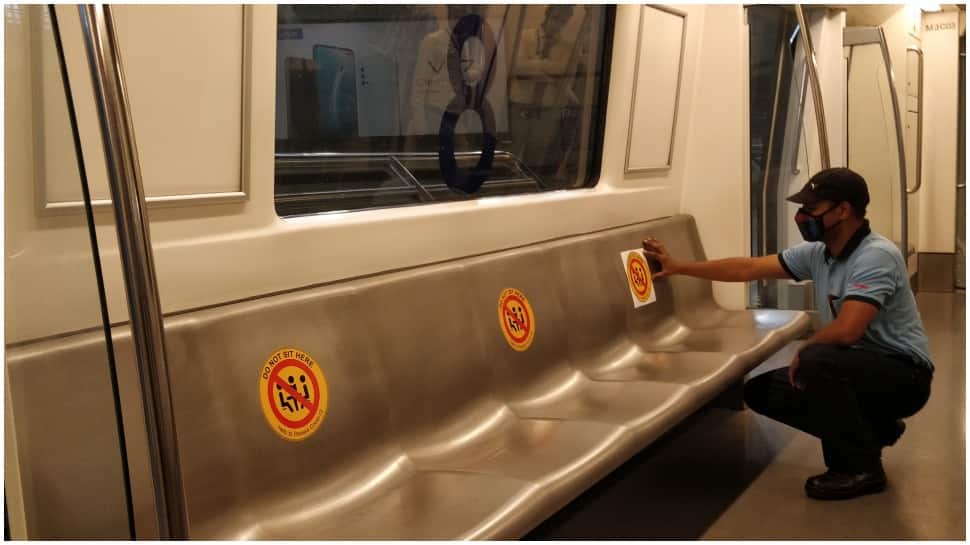 New Delhi: The Delhi Metro Rail Corporation (DMRC) on Wednesday (January 5, 2022) informed that the metro will be running with a 100 per cent seating capacity and no standing passengers will be allowed till further notice.

In a Public Service Announcement, the DMRC said, “In the wake of the latest guidelines issued by DDMA, Delhi Metro will be running with the 100% seating capacity & no standing passengers will be allowed till further notice.”

In the wake of the latest guidelines issued by DDMA, Delhi Metro will be running with the 100% seating capacity & no standing passengers will be allowed till further notice.

Earlier on Tuesday, Delhi Deputy Chief Minister Manish Sisodia addressed a press conference after the Delhi Disaster Management Authority (DDMA) meeting and informed that buses and Delhi Metro trains will again run at full seating capacity as long queues were being seen at bus stops and stations which could become “super spreaders” after the capacity had been halved.

This is noteworthy that when the ‘yellow’ alert was sounded in the national capital, the Delhi Metro trains were operating with 50% seating capacity. The DMRC had requested people to ‘travel only if absolutely essential’ and to ‘keep extra time’ in your commute by the Metro as entry had to be regulated to ensure compliance with the guidelines.

“An 8 coach Metro train can generally carry about 2400 passengers. This comprises of approximately 50 seating passengers and 250 standing passengers per coach. With present restrictions of 50% seating and no standing, each coach can now accommodate only about 25 passengers. Therefore, an 8 coach train can now accommodate approximately 200 passengers only. This is less than 10 percent of a train’s normal carrying capacity,” the DMRC had said in a statement on December 30, 2021.

“There have been lockdowns before so people have a fair idea about what is allowed and what is not,” the deputy chief minister said.

E-pass will be issued to those engaged in essential services during the weekend curfew, he added.