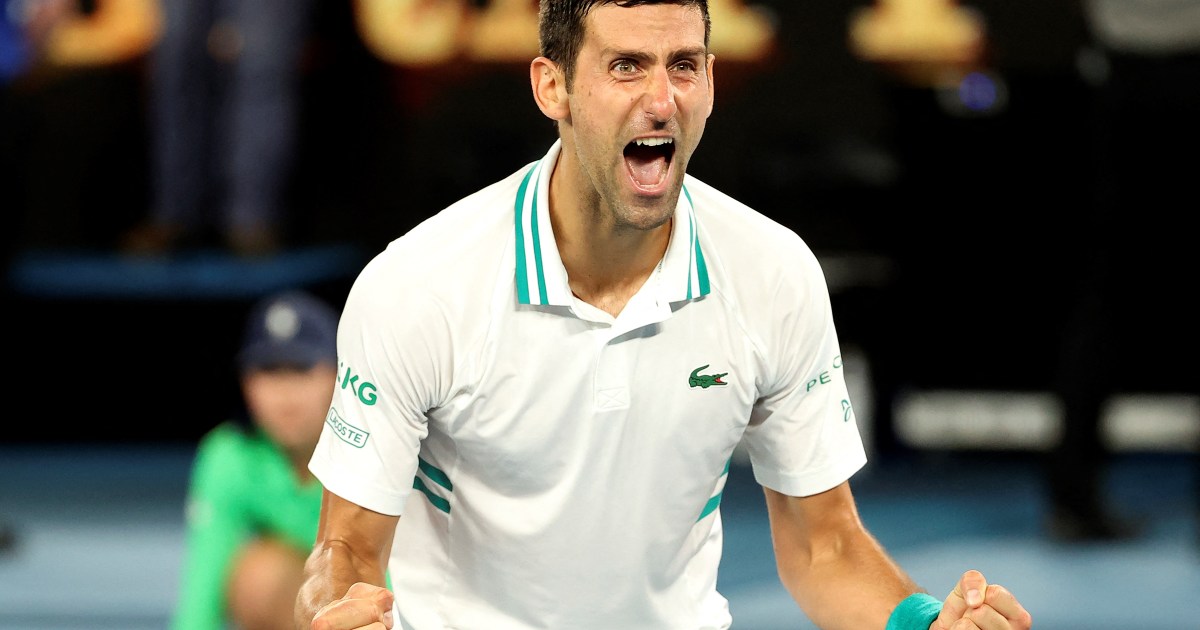 The men’s world tennis number one Novak Djokovic has thanked his supporters amid a visa dispute over COVID-19 vaccines that has seen him being detained at a Melbourne hotel ahead of this month’s Australian Open.

“Thank you to people around the world for your continuous support. I can feel it and it is greatly appreciated,” the Serbian wrote on Instagram on Friday.

Djokovic was granted a medical exemption from Australia’s strict COVID-19 vaccination requirement following a review by two independent panels prior to boarding his flight, but was denied entry upon landing in Melbourne late on Wednesday.

The 34-year-old is currently housed in a government detention hotel in the suburb of Carlton, 5km (3 miles) north of Melbourne Park, after authorities cancelled his visa when he arrived in Australia.

The player’s lawyers launched an appeal seeking to overturn the federal government decision, with a court agreeing not to deport him before a full hearing scheduled for Monday.

Djokovic’s wife Jelena also took to social media to express her gratitude to the player’s fans for their backing.

She wrote: “Thank you dear people, all around the world for using your voice to send love to my husband.

“I am taking a deep breath to calm down and find gratitude [and understanding] in this moment for all that is happening.”

Australia’s Nick Kyrgios, who has been a fierce critic of Djokovic on many matters, weighed in on Twitter on Friday to call for his country to “do better” in its treatment of the nine-time Australian Open champion.

The world number 93 wrote: “Look I definitely believe in taking action, I got vaccinated because of others and for my mums health, but how we are handling Novak’s situation is bad, really bad.

“Like these memes, headlines, this is one of our great champions but at the end of the day, he is human. Do better.”

In Belgrade, Djokovic’s father Srdjan demonstrated on Thursday outside the National Assembly buildings and addressed a media conference to highlight what he perceived to be an injustice.

He said the player has been made a scapegoat and “crucified” in the row.

It read: “The PTPA has been in close contact with Mr Djokovic, his family and legal counsel, government officials and Australian Open leadership. Mr Djokovic has verified his well-being to us.

“He has also requested that we allow him to personally share the facts of his detainment in his own words, and in his own time.”

Home Affairs Minister Karen Andrews confirmed all other players with exemptions would be looked at closely.

“As people come into Australia, they need to have met our entry requirements as well as having a visa,” she told Channel 9 news.

“They stand the risk if they come in and don’t have the proper documentation, that they will be stopped at the border and will go through exactly the same process which is being played out now.”

Australian Open organisers have been notably quiet since Djokovic’s detention and much of the focus now is on how there could have been such an apparent discrepancy between what players were told regarding exemptions and the stance of the border force.

It has caused a serious diplomatic incident between Australia and Serbia, with Serbian President Aleksandar Vucic claiming Djokovic was the victim of “political persecution” by Australian Prime Minister Scott Morrison and others in the country’s government, calling on them to move him from the “horrific hotel” where he is being detained into a private rented house.

Andrews maintained Djokovic was not being detained under duress, telling ABC: “[He] is not being held captive in Australia. He is free to leave at any time that he chooses to do so and Border Force will actually facilitate that.”