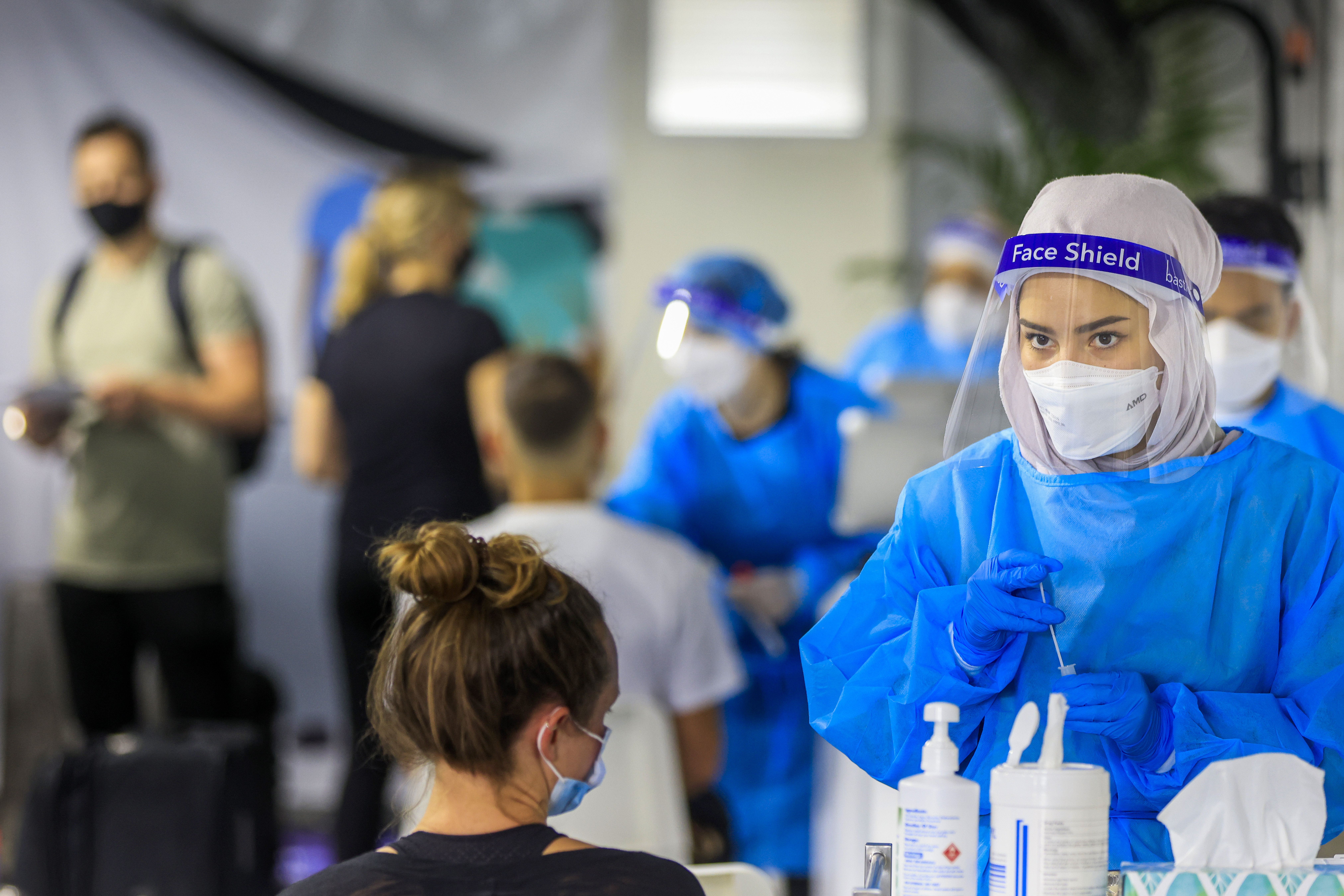 COVID-19 cases have surged once again in New South Wales and Victoria, but with only a small increase in South Australia.

NSW clocked a further 22,577 new infections and four coronavirus-related deaths. There were 7442 cases in Victoria, 2108 in South Australia and 2266 in Queensland amid a new reporting structure.

Scroll down for key numbers and more details from today’s COVID-19 state and territory reports around the country.

Three women and one man, aged in the 60s, 70s and 80s have died in NSW due to complications from the virus.

One woman in her eighties was a resident of the Lillian Wells nursing home in north Parramatta. This is the second death linked to an outbreak of the facility.

Hospitalisations have also risen to 901, with 79 people in ICU. Of those 26 are on a ventilator.

It comes after the state saw a record-high 21,151 cases recorded on New Year’s Eve.

The surge has sparked concern for the health system.

“We’re in the grind now, the Prime Minister has indicated we’re at the point of no return,” he said.

“We have to have a short-term medium term and long-term approach to ensure the people doing all the heavy lifting over the past 18 months who are chronically fatigued, and now frustrated, are not being burnt out.

In a statement released late yesterday, NSW Health announced some asymptomatic healthcare workers will be able to leave isolation to go to work even when classed as COVID-19 close contacts.

The Public Health Order was signed by Health Minister Brad Hazzard to “minimise potential impacts on health services across the state”.

Mr Gerard said healthcare workers were only “given 40 minute notice of this change”.

Victoria has clocked 7442 new infections, up 1523 from the day before.

451 people are being treated in hospital, with 51 in ICU.

Queensland has seen a slight drop in their numbers, recording 2266 new COVID-19 cases compared to 3118 the day before.

However this decline can be attributed to a change in the way the Sunshine State reports new cases.

Going forward, case numbers will be reported from 7pm to 7pm. Today’s numbers are from yesterday’s 7am-7pm period.

Of the new cases, 80 people are in hospital and one patient is in ICU.

An indoor mask mandate has also been introduced for everywhere except from the family home and certain workplaces.

Coverings must be worn in workplaces, pubs, clubs and cafes, stadiums, schools and medical waiting rooms from 1am.

“The Chief Health Officer has ordered masks be worn indoors everywhere except in the family home and workplaces where it is unsafe,” Queensland Premier Annastacia Palaszczuk wrote on Twitter.

COVID-19 cases have climbed to 2100 in South Australia after an “almost record” day of PCR testing.

“It’s a small increase on the day before,” Mr Marshall said.

“Unfortunately though we have seen quite a surge in terms of hospital admissions.

Mr Marshall said 71 COVID-positive patients are currently in hospital, compared to 40 the day prior.

“This is quite a significant increase on where we were the day before.

“We are very happy that we only have four people in ICU.”

Of those in hospital, ten are children.

Mr Marshall said 23,790 residents fronted up for a PCR test.

“We’ve seen a surge in symptomatic testing, which is exactly what we want to see,” he said.

Mr Marshall said this mirrors the trend seen in other states.

The Northern Territory has recorded 54 new COVID-19 cases, with at least six cases of community transmission.

Of those six cases, five were in Darwin and one was in Katherine. Twenty-one cases are under investigation.

The total number of active confirmed COVID-19 cases in the state now stands at 35.