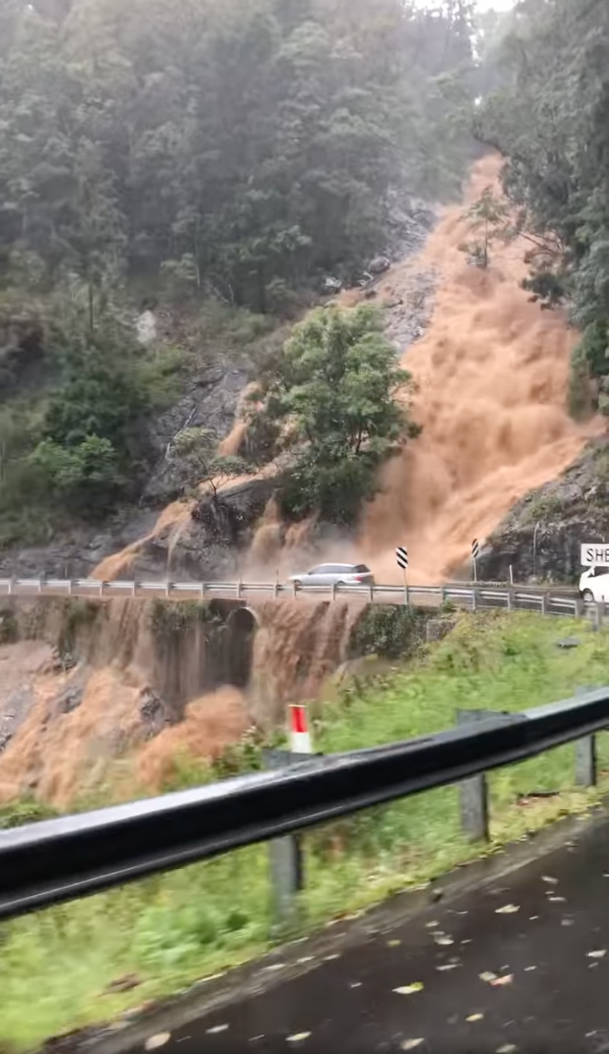 Waterfall Way on the New South Wales Mid North Coast has lived up to its name after a brief but ferocious downpour.

Several cars pass cautiously through what appears to be a shallow but fast-flowing stream of water over the road.

“Take it easy on the mountain folks. Just got through at 4:00 pm today,” Toni Bourne said, in Dorrigo Mountain Weather Watch.

The top of Dorrigo Mountain copped a drenching of 48mm about 4pm, according to the Bureau of Meteorology, with very little rainfall in other parts of the Bellinger River catchment or throughout the rest of the day.

Some residents commenting on Facebook even said they didn’t get significant rain in nearby Dorrigo, while others noted this wasn’t unusual.

Several said the road was clear soon after.

“The exact impacts really depends on which catchments and which parts of the catchments the rain falls, keeping in mind that it is a developing situation so it is early days in terms of knowing the exact details,” senior hydrologist Cynthia Robinson said, in a video released by the bureau.

“What I can tell you is that in New South Wales, catchments are saturated dams are full and flooding does continue in several inland rivers.

“So, if we do see heavy rainfall develop on the weekend, it’s possible that we will see renewed river level rises and flooding.”

In view of new Covid variant, govt lists measures to be followed by states/UTs