Ola Electric has responded to reports of official registration numbers showing on the official Vahaan website as being a fraction of what the company says are the actual number of electric scooters despatched to customers. Deliveries for the Ola S1 and S1 Pro electric scooters began on December 15, and Ola Electric’s CEO Bhavish Aggarwal took to Twitter on December 31, 2021, to announce that despatches of all electric scooters purchased in the month of December had been completed. Aggarwal though clarified that some scooters were in transit, and some still undergoing registration process. 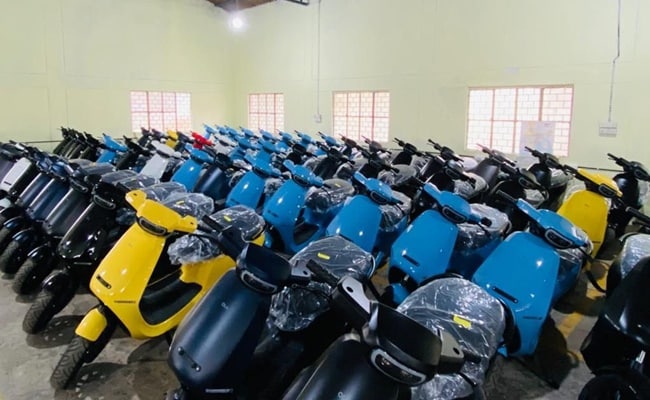 Ola Electric says that 4,000 S1 and S1 Pro electric scooters have been despatched to customers, but some may be delayed due to delays in registrations at the RTO level.

In fact, Arun Sirdeshmukh, Chief Business Officer of Ola Electric said in a statement that the company had despatched 4,000 electric scooters across cities to customers. Registration data on the Vahaan website however shows only 459 scooters being registered so far. Ola Electric doesn’t have any dealerships and follows a doorstep delivery model. While there’s been backlash about the discrepancy in the numbers between despatches and registrations, Ola Electric has now clarified that data on the official Vahaan website is not updated real time, and there are delays due to multiple reasons. 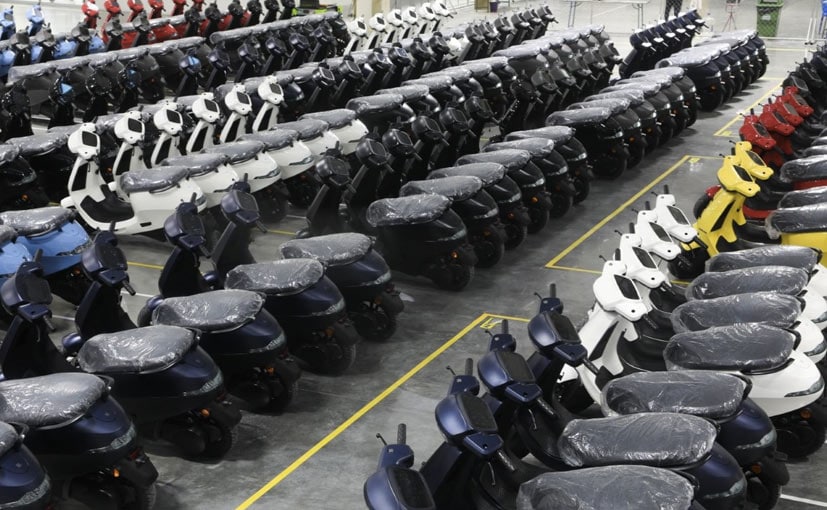 Ola Electric says production is now at 1,000 scooters a day, and will be ramped up going forward to meet the growing demand, as well as meet new orders.

“I think it’s important to understand how Vahaan works. There’s been a lot of misinformation on social media as well as some TV channels. In 15 days we had despatched 4,000 scooters, covering the commitments we had made in December. Vehicles are on their way, and many of them are going through their registration process. Vahaan data only reflects vehicles with the following conditions. First of all, many states do not report the data to Vahaan. Secondly, there’s always some lag between the data from some states where there’s an older Vahaan version. Number three, there are many states where temporary registration numbers have to be given; temporary registration numbers are not reflected in Vahaan. Typically, it takes about three to four weeks to shake itself out and reflect on Vahaan,” said Varun Dubey, Chief Marketing Office, Ola Electric. 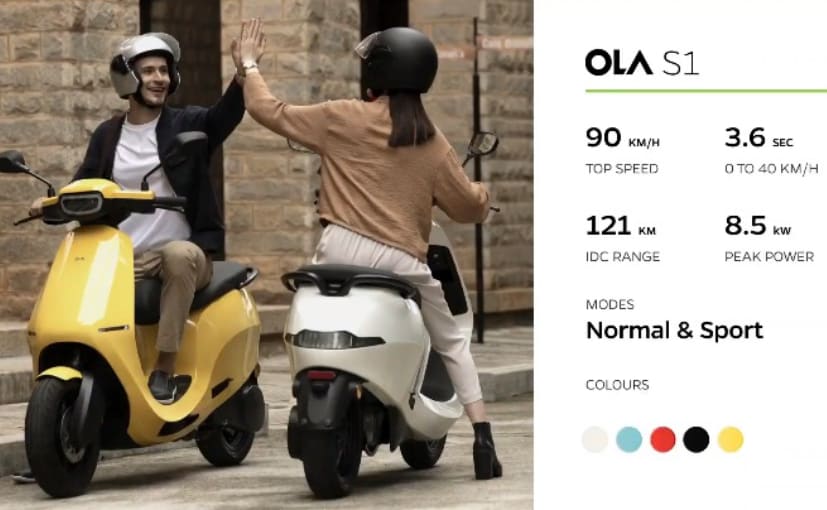 The Ola S1 has a top speed of 90 kmph, with claimed range of 121 km on a single charge. The company says like with any other automobile, actual range will be different from ARAI-certified range.

Talking about the official range of the Ola electric scooters and what customers are getting, Ola Electric’s Chief Marketing Officer maintained that range is something which is certified by the Automotive Research Association of India (ARAI), and it’s usually under standard test conditions as is the case with conventional internal combustion engines. Like other manufacturers, actual or true range experienced by the customer may be different.

“It’s fairly standard industry practice that every vehicle before it can be sold has to have ARAI certification. ARAI certifies a certain range, and that’s what 181 km range is. No manufacturer in the country has every delivered the ARAI range to the customer. If you look at the petrol vehicles with the mileage, whatever the ARAI has certified as the mileage, which is what they advertise, there’s a 30-40 per cent variation from that to what the customer gets in the real world,” said Dubey. 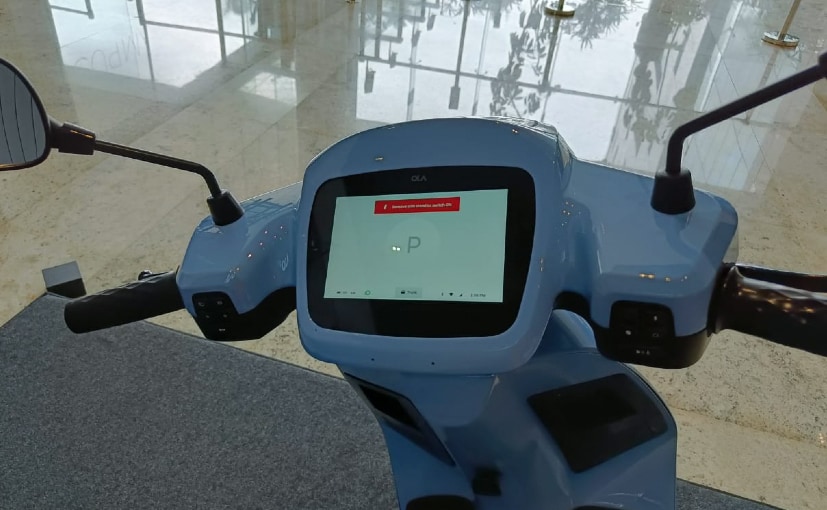 The Ola S1 electric scooter has a 7-inch touchscreen instrument console with onboard navigation and other features. The company now says that some features like hill-hold, cruise control and navigation will be rolled out within the next few months as software updates to customers.

“We’re the only ones who’s putting the true range on the website. And by the way, our variation from ARAI is the lowest, it’s just 25 per cent, everyone else has 30-40 per cent variation. Let’s be clear that ARAI range is the requirement of the law, we have to get the certification, we have to put that number on the website, and we have also shared with customers what the true range is, which by the way, no other manufacturer puts on their website.” 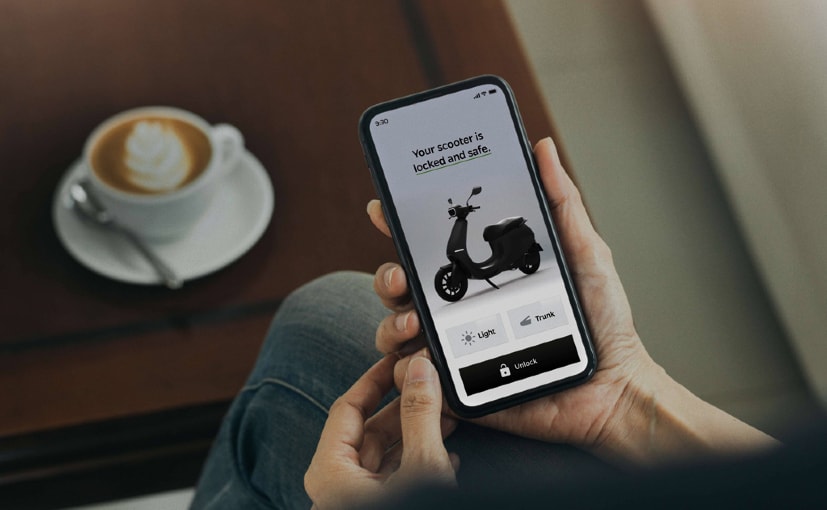 The Ola S1 has a long list of features, including geo fencing, remote lock/unlock functions and more

“So, when we rolled out the first scooters in September 2021, we had said then that software updates will be rolled out subsequently. So, features like cruise control, hill-hold, navigation, etc are going to be coming up in the next months by June. It’s not just about those features only. As consumers continue to use their scooters, we’ll continue to add more features, which consumers will get,” added Dubey. Ola Electric says despatches to customers during January and February will all be met, and those who make the balance payment, will be given preference. Only once the despatches are made, a fresh purchase window will be announced.

While Ola Electric still isn’t vocal about the actual number of bookings and production numbers, the company maintains that orders which have been placed by customers will be met soon. In fact, Ola Electric CEO Bhavish Aggarwal has maintained that production capacity is now 1,000 scooters a day and will be ramped up going forward to meet the demand.

According to Ola Electric, despatches for all current bookings will be done between January and February 2022. Although the company has not stated the number of actual bookings, Ola Electric claimed bookings of ₹ 1,100 crore in just two days. The company now says that scooters will be despatched to customers who have been promised deliveries by February,  but that actual deliveries may be slightly delayed due to registration delays. On the subject of fresh bookings, Ola maintains that first the payments of the existing bookings and despatches will be looked into, and fresh purchase window will be opened soon.