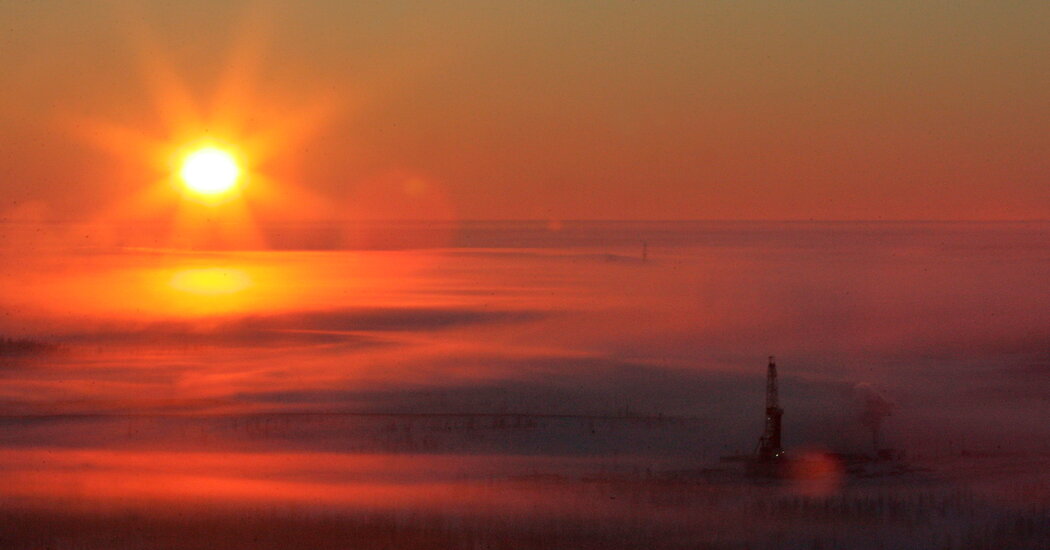 In the spring of 2020, the early days of the pandemic, OPEC Plus sharply curbed production by almost 10 million barrels a day, or almost 10 percent of world supply at the time.

The role of crude oil production. Gas prices have gone up in part because of fluctuations in supply and demand. Demand for oil fell early in the pandemic, so oil-producing nations cut production. But over the past year, demand for oil recovered far faster than production was restored, driving prices up.

Additional factors at play. The price of crude oil is only one element driving up gas prices. Compliance with renewable-fuel standards can contribute to the cost, the price of ethanol has increased, and labor shortages in the trucking industry have made it more expensive to deliver gas.

A global energy crunch. Other types of fuels, including natural gas and coal, are also growing more expensive. Natural gas prices have shot up more than 150 percent in recent months, threatening to raise prices of food, chemicals, plastic goods and heat this winter.

Building output back up again has not been easy for several countries, including Nigeria and Angola.

In its December Monthly Oil Report, the International Energy Agency estimated that OPEC Plus fell short of its November target by 650,000 barrels a day, substantially more than the 400,000 barrels a day the group had planned to increase each month.

Even Russia, the group’s second-largest exporter after Saudi Arabia, appears to have hit a wall at about 9.9 million barrels a day, about 600,000 less than it pumped in April 2020 before the big cuts and well short of Russia’s 10.2 million barrel a day allocation for next month Saudi Arabia has the same quota. For Russia to increase substantially from here will require improved tax policies and the development of new fields, analysts say.

“Russia is temporarily near its limits,” said Bhushan Bahree, an executive director at IHS Markit, a research firm.

Nigeria, Africa’s largest producer, in November pumped 360,000 barrels a day below its quota — almost enough on its own to wipe out the agreed 400,000-barrel-a-day monthly increase for the overall group. “A poor regulatory framework, sabotage and vandalization of oil facilities” are deterring needed spending in Nigeria, the International Energy Agency said in its report.

Angola, another African country, is also pumping well under its quota, while Libyan production has recently fallen off rapidly because of political turmoil.

Johnson’s office says unaware of any evidence in blackmail claim

Czech Singer Dies After Celebrating Her Own Covid Infection