ISLAMABAD: Pakistan Prime Minister Imran Khan announced on Monday that his government will allow India to send a humanitarian shipment of 50,000 metric tonnes of wheat to neighbouring Afghanistan through its territory after finalisation of the transit modalities.
Khan, who chaired the first Apex Committee meeting of the newly established Afghanistan Inter-ministerial Coordination Cell (AICC) in Islamabad, also took the opportunity to remind the international community of the collective responsibility to support Afghanistan to avoid a humanitarian crisis.
During the meeting, Khan announced Pakistan’s decision to allow the 50,000 metric tonnes of wheat India has offered to provide Afghanistan as humanitarian assistance to go through Pakistan as soon as modalities are finalised with the Indian side, state-run Radio Pakistan reported.
Currently, Pakistan only allows Afghanistan to export goods to India but doesn’t allow any other two-way trade through the border crossing.
Last month, India announced 50,000 metric tonnes of wheat for Afghanistan as humanitarian assistance and requested Pakistan to ship the food grain via the Wagah border.
Afghanistan’s Acting Foreign Minister Amir Khan Muttaqi had also requested Prime Minister Khan to allow India to transport wheat via Pakistan, suggesting that the Taliban government was willing to accept the humanitarian assistance from India.
India has contributed to the humanitarian requirements of the Afghan people. This included providing more than 1 million metric tonnes of wheat to Afghanistan over the past decade.
Last year too India assisted Afghanistan with 75,000 metric tonnes of wheat, External Affairs Minister S Jaishankar had said at the United Nations High-Level Meeting on the Humanitarian situation in Afghanistan in September.
However, there were reports that Pakistan has blocked India’s efforts to provide wheat to the Afghan people, amidst the chill in relations between New Delhi and Islamabad over the Kashmir issue.
Khan also ordered immediate shipment of humanitarian assistance worth Rs 5 billion comprising wheat, emergency medical supplies, winter shelters and other supplies to Afghanistan, Radio Pakistan reported.
He instructed all ministries to facilitate Afghans to the maximum and also approved in-principle tariff and sales tax reduction on key Afghan exports to Pakistan.
Khan ordered that the facility of free Covid vaccination for all Afghans entering Pakistan from land borders be continued.
National Security Adviser Dr. Moeed Yusuf, who is also the Convener of AICC, made a detailed presentation to brief the civil and military leadership on the current economic situation in Afghanistan and the progress made by AICC in coordinating national efforts for humanitarian assistance and border facilitation for Afghans.
Prime Minister Khan also directed that bus service between Peshawar and Jalalabad in Afghanistan be revived to facilitate travellers on both sides.
To further facilitate Afghans, the visa duration will be relaxed such that visas are granted within three weeks at the most, the report said.
Khan also instructed the National Security Adviser to visit Afghanistan to hold delegation-level talks and agree on specific areas where immediate capacity building support shall be provided to Afghans.
The meeting was attended by Foreign Minister Shah Mehmood Qureshi, Advisor on Finance Shaukat Tarin, Army Chief General Qamar Javed Bajwa, and senior civil and military officers. 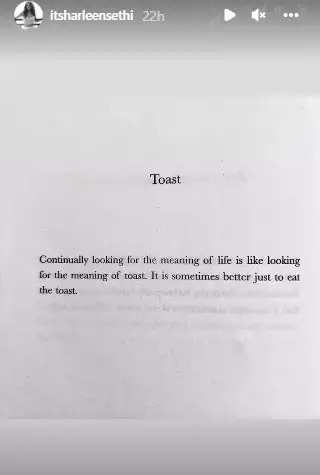