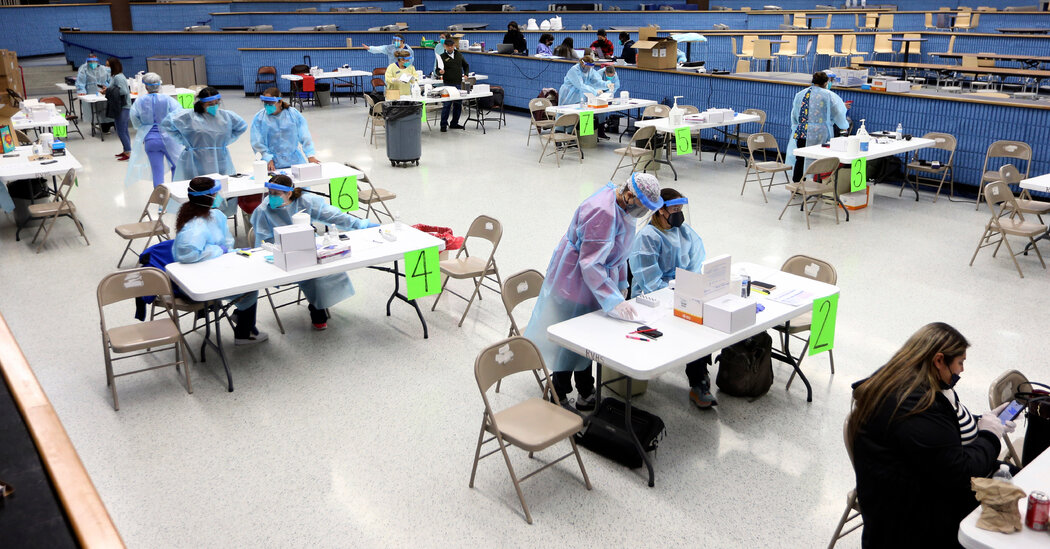 Kate, who asked that her last name be withheld because speaking publicly could jeopardize her job, is also frustrated that schools in her town, Maplewood, N.J., are remote this week. She said she feared that even when they reopened for in-person learning, her children — ages 7 and 10 — would have their education disrupted because every student in a class is defined as a close contact if one person in the class tests positive, even if all students were masked. (Fully vaccinated children like hers would not have to quarantine if asymptomatic. But students who haven’t completed their vaccination series would have to quarantine for 14 days, and that could mean enough absences to affect the whole class.)

“My kids were out of school for 14 months. I can’t do this again. It’s put me over the edge,” Kate wrote, adding that she supported the school’s mask requirement but opposed its quarantine protocol, which has not been loosened in response to new C.D.C. guidelines. “It is incredibly frustrating to see kids in school across the country where families have done nothing to prevent the spread of Covid, and then to live in a community with around 80-90 percent vaccination rate and watch my kids struggle to have a normal school experience.”

Susannah Krug, a mother of four school-age children in North Plains, Ore., said she had kept her 14-year-old and two 17-year-olds home on Monday. But she sent her 10-year-old — who has had his first vaccine shot — to school “even though I’m scared to death.”

“He just did so poorly when school was closed for 18 months,” she wrote.

Alissa Greene, a New Yorker whose 5-year-old daughter’s school is operating in person, said the family had “chosen to keep her in school even though a part of me wants to keep her home.”

“I think her school is doing everything they can, but I’m still apprehensive,” Ms. Greene said, adding that increasing pediatric hospitalizations made her more fearful now than last fall, even though her daughter is vaccinated. “We lost her grandmother to Covid in April 2020 and very nearly her grandfather too. That’s the hardest part for me, knowing how badly it can go, how mysteriously this virus can affect people, and feeling like I have to send her out to take her chances with it.”

The latest surge, she and other parents said, has brought an uncertainty that feels overwhelming.

“The Omicron calculus is far more wearying than the other Covid math we’ve had to do,” wrote Joe Roland, of Great Barrington, Mass., whose household ranges in age from his 9-year-old son to an 86-year-old relative. “Whether it be from attrition throughout the pandemic, or the multiple variables — definitely more contagious, likely less dangerous, still don’t know what we don’t know — the last few weeks seem as hard as any we’ve had since the beginning of all of this.”

Mommy Is Going Away for a While

Teachers in France Stage Walkout Over Covid Rules in Schools