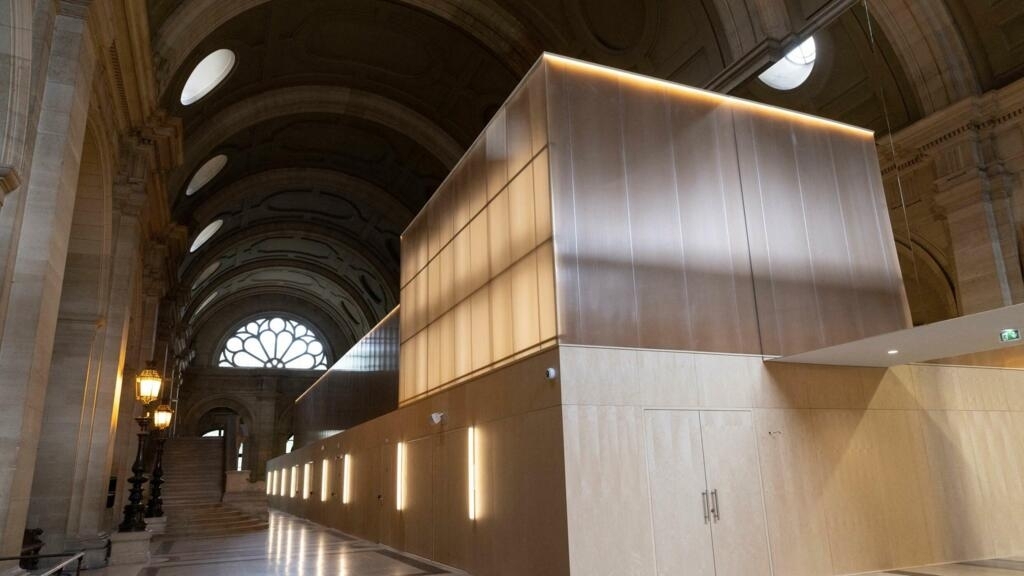 Twenty individuals stand accused in a historic trial that begins Wednesday in Paris over the terror attacks of November 13, 2015, in which 130 people were killed. The staggering logistics of the trial befit a case file that spans a million pages; over the next nine months, the court will hear more than 300 witnesses. Unprecedented in scale, it took two years to prepare for the high-security proceedings.

The trial is the largest ever staged in France, six years after the terrorist attacks that left 130 dead and 350 injured in Paris and Saint-Denis, just north of the French capital, on November 13, 2015.

For nine months beginning on September 8, a special criminal court in Paris will be tasked with judging the 20 accused, including Salah Abdeslam, the only survivor of the commando team masterminded by the Islamic State group. Fourteen of the accused will face trial in person while six more are being tried in absentia.

The titanic legal architecture deployed for this extraordinary trial is due, in part, to the large number of plaintiffs involved: more than 1,800 people of some 20 different nationalities. Some 300 witnesses will be heard, mainly victims’ loved ones and survivors of the attacks, represented by nearly as many lawyers. Former president François Hollande will also testify before the court in November.

The trial is also unprecedented in its emotional charge and its length: At least 145 days of hearings are scheduled through May 25, 2022. Staging a trial of this size through to its conclusion poses a unique challenge, particularly amid an ongoing pandemic and a terrorist threat that remains high.

A courtroom made to measure

From a logistical standpoint, the judicial apparatus in place required two years of preparations and the construction of a specially built, highly secure courtroom inside the historic courthouse complex on Paris’s Île de la Cité, a stone’s throw from Notre-Dame Cathedral on an island in the heart of the French capital.

Inside the special courtroom built for the Paris 2015 attacks trial

The special courtroom has a capacity of 550 people. An ultramodern room without windows was made to measure inside the courthouse’s concourse and can be dismantled once the trial concludes. Depending on attendance, some 12 other rooms in the court of appeal have been made available to broadcast courtroom proceedings to overflow crowds, bringing the total capacity to as high as 2,000.

In the main courtroom, eight cameras operated from a control room will record the trial in its entirety. No images are intended to leave the special court, however, as the recordings are destined exclusively for the judiciary’s audiovisual archives.

Plaintiffs not attending the hearings will be able to follow along via streaming radio, marking the first time such a tool is used for a criminal trial. The secure link will be audio-only and subject to a 30-minute delay. A psychological helpline will be made available to those listening in.

Amid the ongoing threat of terrorism, the precise number of gendarmes and police officers called upon to secure the proceedings has not been revealed, but a large security perimeter will be in place, and trial participants as well as area residents will be subject to identity checks.

The first witnesses to be heard are due before the court starting next Monday. But first the presiding judge will read his report summarising the monumental case file, which runs to a million pages collated in 542 volumes – a single bookshelf built to hold it would measure 53 metres across.

From late September to late October, victims testifying in the witness box will recount the horror of that evening in 2015. The court will call the 14 accused to the stand starting in 2022.

Twelve of the individuals standing trial are facing sentences of up to life in prison. Three of the accused, facing lesser charges, are not currently behind bars but will appear under court-ordered supervision.

If the court keeps to its current schedule, a verdict in the case will be announced on May 24 and 25, 2022.

This article has been translated from the original in French.